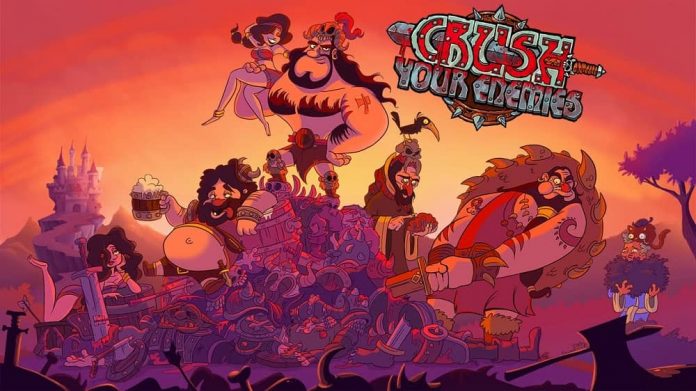 There isn’t much better than violence, cursing, and of course, beer.

Crush Your Enemies manages to deliver these in the form of a strategy-heavy, almost turn-based game. Each level is harder than the next, and challenges the player to CRUSH as many foes as possible. Although the game isn’t available to the public just yet and it definitely isn’t perfect, I think that it’s just about ready to reveal itself as one of the next great indie strategy games to hit the market.

Crush Your Enemies is a strategy game that is meant to be a lot like old RTS (real time strategy) games without the boring waiting around just to finish one battle. Each level takes five to fifteen minutes to finish, which encourages not so experienced strategy gamers to try this casual alternative. It’s easy to pick up for just a few minutes at a time, or play level after level enjoying the silly characters and pixel-violence.

In terms of gameplay, Crush Your Enemies really has a lot to offer. At the beginning of each level you are given a certain number of men, and your enemy is given a certain number of men. It is then your goal, using whatever the level has given you, to crush as many of your enemies as possible. This means using different types of barbarians or different types of buildings to reach your goal. Your barbarian troops include peasants, shieldbearers, and archers, which all have varying characteristics that make them imperative as you move further along in the game. Some of the buildings your army can use includes archer towers and huts where you can make your men multiply. Using all of these components strategically and skillfully helps you to conquer your enemy’s land and kill them to beat the level. Once you kill them, you win, but that isn’t the only goal: each level also features optional goals that give the game massive replayability as you can play a level over and over again to get three severed heads (i.e. three stars) which is the best score you can get. 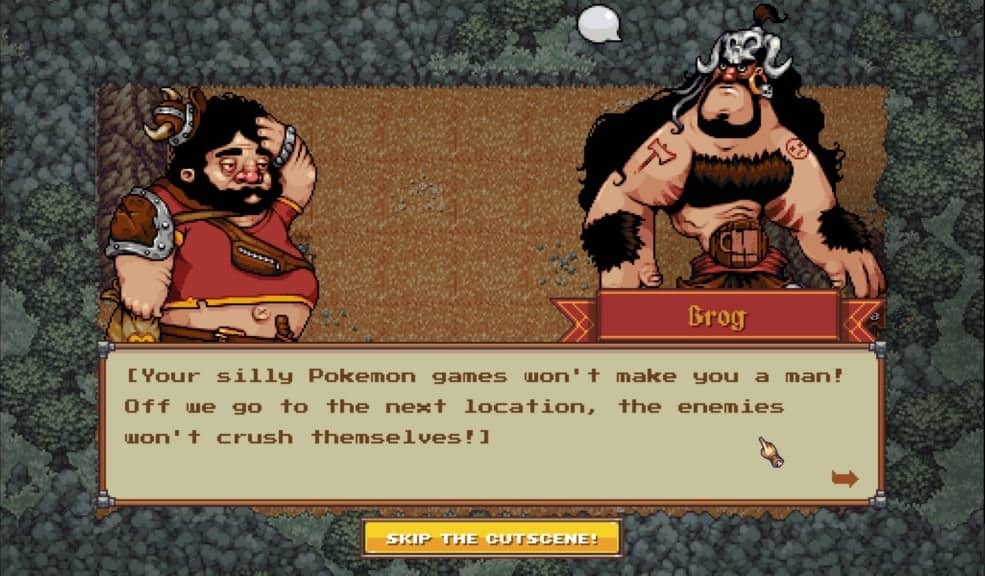 Crush Your Enemies has a charming group of characters that will probably have you laughing until beer comes out of your nose. Brog is the leader of the barbarians and simply wants to crush as many people as possible, Fuzgut is his hapless brother who doesn’t seem to want to do much, and Prissy Lefop – a stuck up aristocrat whom the barbarians have kidnapped. Each character is very unique and charming in their own dirty-barbarian-with-a-thirst-for-blood-and-beer kind of way. The developers at Vile Monarch should be particularly proud of their talented group of writers for creating such hilarious and memorable characters.

The art of Crush Your Enemies may not seem impressive at first glance, but I was pleasantly surprised when I began playing. The board is set up of squares; some of which are yours, and the others are your enemies. As you move across the board conquering each square as you go, if you come across a group of enemies, a fight begins and pixelated limbs and blood fly everywhere. I found this part particularly entertaining. During the cutscenes on the other hand, you get to see the characters up close and personal and you can really appreciate the time and effort that obviously went into their design. 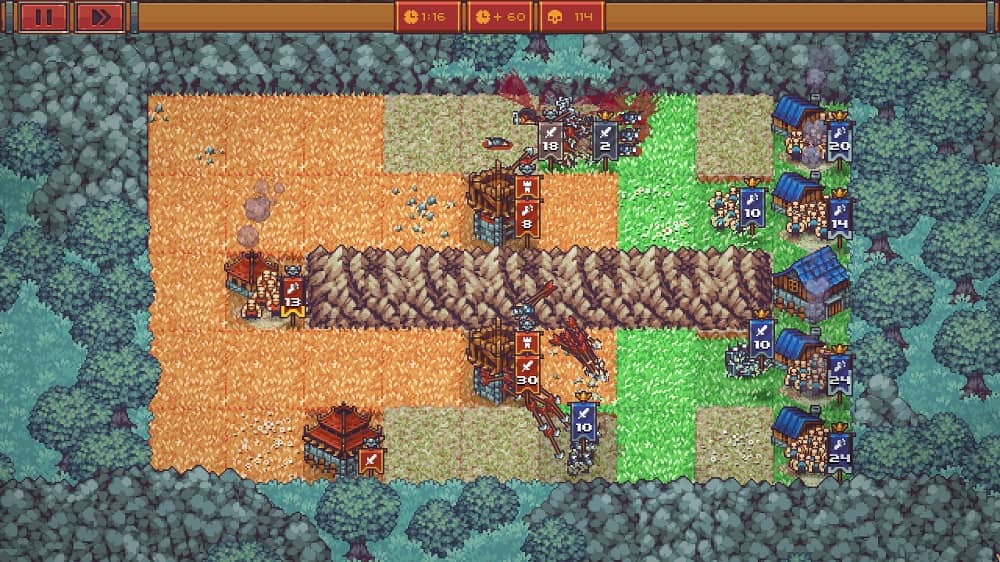 Crush Your Enemies is a funny, crazy, and pleasantly challenging game that I’m glad to have been able to play during its continued development. I look forward to seeing everything that the full game has to offer. I am especially excited for the promised cross-platform multiplayer mode where you can enjoy slaughtering your enemies with your friends. If you’re interested in a game that will make you laugh, think, and blame that last fart on the cat, then look forward to Crush Your Enemies, to be released later this spring.

Crush Your Enemies is set to release on PC sometime this spring.