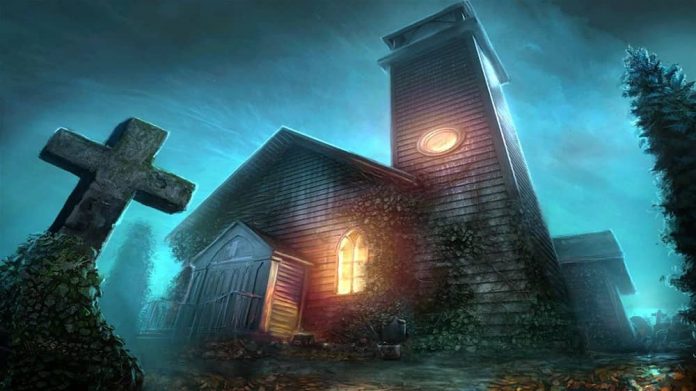 A shameful sub-genre of the legendary point and click adventure that is generally relegated to download-only PC games and mobile/tablet releases. Sure, they’re never particularly ground-breaking but once in a while you stumble across a good one; that despite its flaws it somehow manages to hook you. Unfortunately, that doesn’t apply to Enigmatis: The Ghosts of Maple Creek; whilst it may start off promising, it soon falls into repetitive drudgery.

Telling the story of a detective who finds herself in eerie Maple Creek, trying to solve the case of a long history of girls mysteriously disappearing, Enigmatis‘ story has some potential to be engaging, but unfortunately its rather terrible execution means that any intended tension or intrigue has fizzled out long before it ever truly gets going. Poor pacing and underwhelming, often robotic voice acting and delivery serve to hammer the proverbial nails in the coffin. As the game begins and you’re slowly introduced to each area to explore, it seems rather promising, but once all areas are unravelled you’ll soon find yourself tiring of clicking backwards and forwards between them. There is a map, but inexplicably you can’t use it to fast travel, so you’ve got no choice but to cross through up to a dozen screens sometimes to get to your intended location. It’s frustrating, but is perhaps an artificial way of stretching out the play time of the game.

After playing Artifex Mundi’s last Xbox One release and being pleasantly surprised, I was excited to see another release so quickly. Clockwork Tales: Of Glass and Ink, which I reviewed back in February, was highly commendable thanks to its strong storyline and mixture of classic puzzles rather than being the standard hidden object trope. Foolishly, I expected the same from Enigmatis: The Ghosts of Maple Creek, but instead I found myself spending two hours trekking back and forth to go rummage through the same digital piles of junk time and time again. 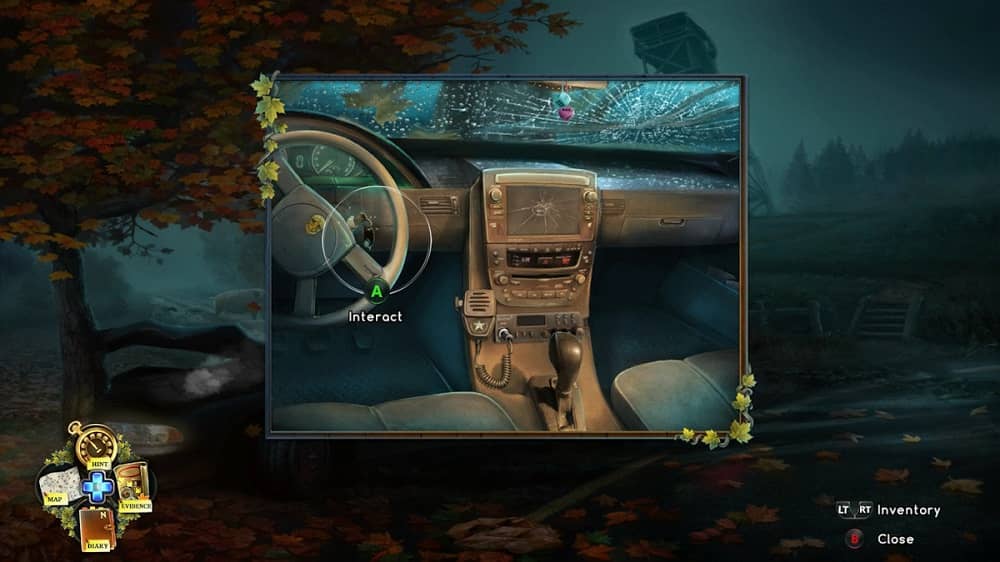 Considering Enigmatis is a port of a 2011 mobile release however, it’s not really surprising that it didn’t hit the standards set by Clockwork Tales, which was first released in 2014. It seems developers Artifex Mundi are working through their back catalogue and are re-releasing games in a random order, irrespective of how long ago they were first released. Coming out in such close proximity to each other though, it’s hard not to draw comparison between the two games, and it’s a shame that Clockwork Tales left me with such high expectations that Enigmatis fell far short of.

Perhaps I shouldn’t be so harsh; Enigmatis: The Ghosts of Maple Creek rather clearly markets itself as a hidden object game, and if that’s what you’re looking for, then it will likely fulfil your needs perfectly. If, like me, you’re expecting a more rounded and varied puzzle game however, you’re likely to find the experience a little sour. Sure, there are a few traditional puzzles alongside the many hidden object conundrums, but often these rely on first having found relevant objects and never offer any form of challenge. Even playing the game on Expert mode with limited hints (and refusing to skip for the sake of achievements!) no puzzle is ever difficult or takes more than a couple minutes of trial and error to solve. 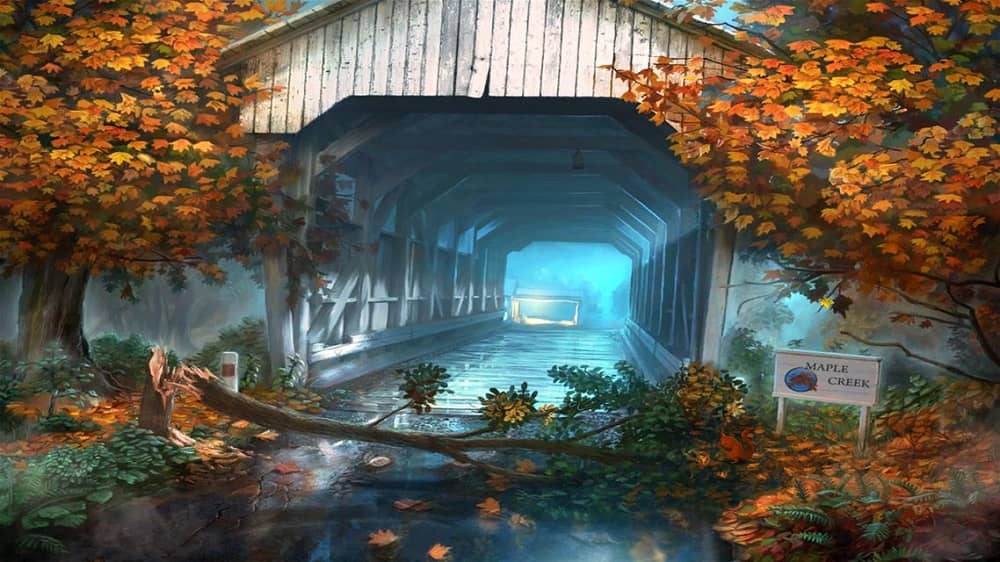 Often there’s no logical reasoning as to where you need to visit next, either, especially towards the end of the game. Somewhere after the halfway point, the story stopped flowing along at a steady pace, and gameplay became more of a trudging between areas to find an object, use that object, find another object, use that, rinse and repeat. Objects are hidden in areas that you’ve already previously searched, and there’s no way to discern which location to revisit, besides using hints or simply using trial and error. It soon becomes incredibly stale.

Your enjoyment of Enigmatis: The Ghosts of Maple Creek will hinge entirely on what you expect from the game. If you go into it expecting nothing but a bog-standard hidden object game, then you’ll likely find plenty to enjoy. However, if you expect a little more depth and finesse, especially if you’ve previously played Clockwork Tales, then I’m afraid to say you’ll be left disappointed. Had this game come to Xbox One before Clockwork Tales, then it may have been a different story, but Artifex Mundi have set their bar rather high, and unfortunately this dated re-release just doesn’t hit the mark.

Enigmatis: The Ghosts of Maple Creek is available on PC and Xbox One. We reviewed the Xbox One version.