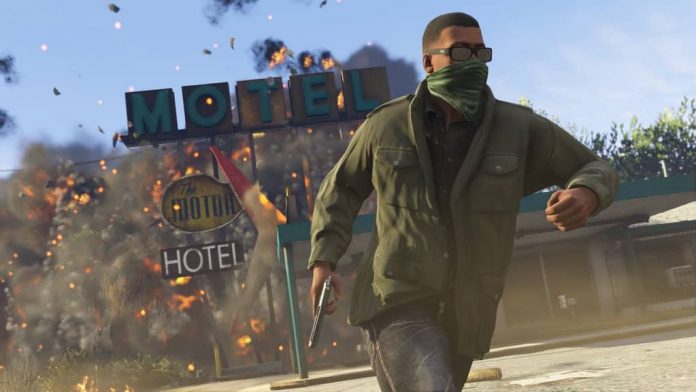 Not read Part One yet? Click here to read that first!

A new generation has begun. One where you no longer needed memory cards, multi-taps, wires for your controller or even a real-life friend to play co-op with! With these leaps in hardware, developers were able to craft what became some seriously generation defining games: Metal Gear Solid 4, Halo 3, Uncharted 2 and 3, Bioshock, Batman: Arkham City, Call of Duty: Modern Warfare, The Last of Us, and of course Grand Theft Auto IV and V.

This new generation was big news; the powerful new technology allowed developers to create even larger, more detailed, densely populated worlds with smarter AI and outstanding graphical fidelity (God of War III is a great example of the upgrade games could receive. In the PS2 entries, lead character Kratos was composed of around 5,000 polygons; for the PS3 version, this jumped by around 400% to over 22,000).

It was because of these improvements that GTA could now offer characters who actually bared a resemblance to people, rather than blocky, Dorito-shaped monsters who walk like they’re being constantly and angrily electrocuted. Puddles would collect along the street, reflected the light of nearby street lamps and headlights, creating yet another classic and almost trademark, Rockstar atmosphere. Cars, no longer razor-edged trapeziums with octagonal wheels, now shone in the sunlight and shimmered in the rain, and bins had detachable lids which, when you inevitably clattered into them, flew off, rolled around on the floor and reflected light even on their undersides. Now that, my friends, is detail.

“…bins had detachable lids which, when you inevitably clattered into them, flew off, rolled around on the floor and reflected light even on their undersides. Now that, my friends, is detail”

While these new and frankly stunning graphics were irrefutably one of the high points of GTA IV, wowing a record-breaking day one audience of 3.6 million and reaching over six million within just one week, they were not the most important part of this game. Grand Theft Auto IV was the most intricately crafted world we had ever seen. Set once again in Liberty City (Rockstar’s version of New York) there were now photorealistic landmarks like Times Square, the Empire State building and the Chrysler building. We’d seen these represented before in dozens of games like Mafia, Deus Ex and Prototype, but GTA IV‘s vast scale meant we also saw sights like the giant Unisphere of Flushing Meadows Park and even JFK Airport (renamed Francis Intl.), a real-world 45 minute Taxi ride from central Manhattan, was in the right place (the borough of Dukes as opposed to Queens).

Yes, we had seen larger worlds, but we’d never seen something so finely crafted. The world reacted to your presence in many ways; whereas in previous games the emergency services showed up if it was relevant to your actions (i.e the police chased you, paramedics saved your victims and the fire service put out your many vehicle fires), you could now call them yourself. Fancy riding around in a brand new ambulance? Whip out your mobile, call 911, ask for a paramedic and as if by magic, it shall arrive. Being shot at by a rival gang? Call the cops and let them take care of the problem. This new mechanic was but one feature of your nifty new “Whizz Wireless” cell-phone. Other features include receiving text messages (à la the pager in GTA III), using the built-in camera and if you were really lucky, receiving endless calls from your cousin asking if you’d like to go bowling. 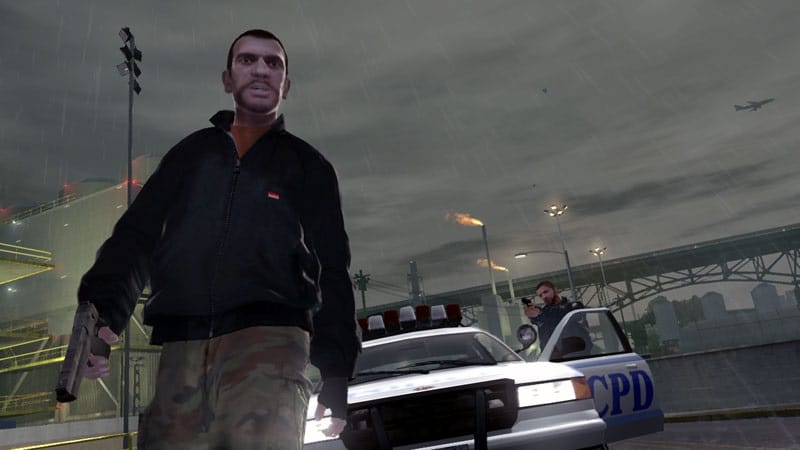 Speaking of cousins, I should probably mention a few of the colourful characters that complete this crooked creation. Obviously there was Niko, the protagonist, and Roman, the perpetually, inexplicably cheerful cousin who was desperate to share his love of American strip-clubs. We also had Brucie Kibbutz, the steroid addict with a love of fast cars and street racing; Irish gang leader Patrick “Packie” McCreary and his siblings including love-interest Kate and Little Jacob; and a Jamaican arms and drugs dealer who becomes good friends with Niko and is a great help to him throughout the story. Most of these people can be contacted using Niko’s mobile phone and you can join them for social activities such as bowling with Roman, darts with Jacob, or even drunk-driving with Kate. These little social outings were another thing that gave Grand Theft Auto IV a realistic edge; not to mention the opportunities to enter a “[email protected]” internet café where you could browse dating website “Love Meet” and attempt to find a special friend for Niko.

All these extras aside, I wouldn’t want to understate the main campaign’s importance to GTA IV‘s inclusion as a Game That Changed Our Lives. Niko Bellic was the most believable character we had yet seen in the GTA universe. Tommy Vercetti had been a lot of fun and CJ’s classic rags-to-riches story was grounded and bleak, but both Niko and his tale were more fleshed out, giving us more to buy in to. He’s an illegal Yugoslavian immigrant and war-veteran who comes to America after many calls from his cousin, Roman, who wants to share his life of luxury with him. Unfortunately, once Niko arrives, he discovers Roman has exaggerated somewhat and actually lives in squalor. Niko decides to stay in New York as he learns that Roman has gotten himself into pretty serious trouble with some Russian loan-sharks. Later, Niko discovers that one of his old army buddies, Florian Cravic, is also living in the Big Apple and could be the man who betrayed his old army unit, years ago. Niko tracks him down with the intention of accusing and killing him, but Florian beats Niko to it by accusing him of the same betrayal and they realise the actual turn-coat was the only other surviving member of the unit, a man named Darko Brevic, who is still somewhere in Eastern Europe. Niko continues to work for various gangs and government agencies until he is rewarded for his efforts with a kidnapped Drako Brevic. Players were then given a choice: Allow the drug-addicted Brevic to continue to live and suffer the guilt he has felt throughout all of his miserable life since he made the decision to betray his friends, or kill him and rid the world of his presence. If you kill him, Niko feels no sense of closure and laments his decision, whereas allowing Brevic to continue suffering and to escape off into the city gives Niko the satisfaction he was looking for.

This was the first time a Grand Theft Auto title had offered gamers these “morality choices”. Throughout the game there are maybe half-a-dozen of them, each of which offers a different reward. In a rare juxtaposition, it seemed at the time like GTA was now taking ideas from other games and putting their own spin on them as these moral choices became an annoying fad in the industry between 2005-2010. After being introduced in the first Star Wars: Knights of the Old Republic, some games like Mass Effect were able to pull it off, with your decisions making real and lasting differences within the game and its sequels. Others, like inFamous, implemented the system well, even if it didn’t always make perfect sense and some just missed the point entirely. The point is, up until this point, Grand Theft Auto had always been an industry leader, but now, it seemed to be letting that slip. What could it do to win back its massively influential status? I’ll tell you what it could do; it could become GTA V.

The newest entry to this list, Grand Theft Auto V, was released in September 2013 after a massive five year wait. Picking up three BAFTAs, a Golden Joystick (for Best Game, no less) and numerous other industry awards, it raked in over $1 billion (£700 Million) in just three days and has sold over 60 million copies, to date. These figures were unheard of and smashed sales records across the board and for good reason; the game currently holds an almost perfect Metacritic rating of 97 on all consoles (PS3, 360, PS4 and Xbox One) and 96 for PC. Grand Theft Auto was back on top. 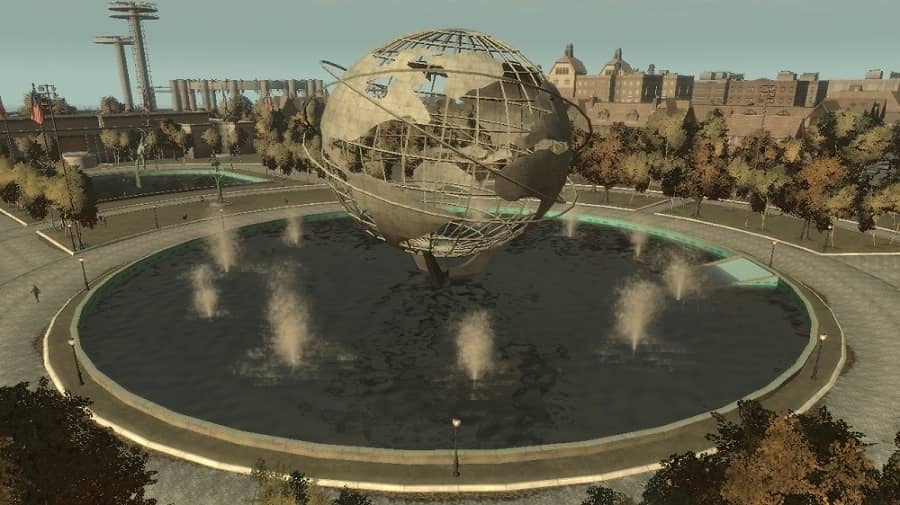 Initially, GTA V launched for seventh generation consoles (PS3 and Xbox 360) in 2013 with a PS4 and Xbox one release just over a year later, followed by a PC version in early 2015. In its first form, it was easily the most impressive game available for console. Regardless of whether or not you like the series, it’s impossible to deny how incredible the game looks, the scale of it and the sheer amount of content there is. Set once again in the state of San Andreas, the events of this game take place (mostly) in Los Santos and the surrounding area. Once again, there is a mountain for players to scale, there are planes and helicopters to be flown around and even, for the first time, a submarine.

The success of this game reflects the successes of its predecessors. GTA does well because it gives gamers what they want. It doesn’t apologise for what it is; it’s not ashamed that it’s a game rather than a movie and it insists on being fun for (almost) everyone.

Perhaps the biggest reason for the success of GTA V, at least on the newest consoles, is the new GTA Online mode. While PC gamers had enjoyed online play in GTA games since GTA III was modded, San Andreas had a two-player co-op mode and GTA IV had featured multiplayer, this was the first, 100% multiplayer experience designed specifically by Rockstar, with its own stories to tell as up to 30 players wreak havoc around San Andreas together in a seamless experience. Set in the same world as the single player campaign, you play as a new arrival in the city, trying to make a quick buck. There is no particular aim overall, other than to amass the greatest fortune you can. You can then use that sweet cheddar to buy luxury cars, yachts, apartments, guns, clothes and whatever else you please. It’s up to you if you want to go it alone, or if you join a crew with your friends to tackle missions and heists together.

“[GTA V] raked in over $1 billion in just three days and has sold over 60 million copies, to date. These figures were unheard of and smashed sales records across the board”

Lots of pretty surprising games have tried adding multiplayer over the years (Splinter Cell, Metal Gear Solid, Assassin’s Creed, The Last of Us) and eventually, most games had it tacked on, whether it seemed a good fit or not. This created some multiplayer modes that were truly terrible and some that were unexpectedly great (Uncharted), but overall gamers are resistant to it, preferring developers to spend time focusing on either multiplayer or on the single player campaign, rather than splitting their resources or adding it on for the sake of it. Considering this and the fact that Grand Theft Auto has never traditionally been considered a multiplayer game, its impressive that about 40 million players have taken their game online.

Grand Theft Auto began as a simple 2D top-down title and quickly grew to become one of the best looking, biggest, best selling and most popular games ever. Its influence across the years is immeasurable, yet it’s one that we enjoy in some way every time we play a game these days. There’s no denying the impact that this absolute behemoth has had on our gaming lives since its inception almost 20 years ago.