Death is a constant in Leap of Fate.

You’re constantly reminded of it, you quickly grow wary of it, and slowly but surely you learn to embrace it. For death, in Leap of Fate, is also a measure of progress. Each time your health bar inevitably reaches zero, the game makes you start fresh, but you retain every single upgrade you’ve unlocked, from your very first attempt to your 150th – should you choose to play into the triple digits, that is. And man, are there a hell of a lot of upgrades. Ultimately, your goal is to unlock everything in Leap of Fate; every character, ability and secret. With each reincarnation you grow a wee bit stronger and faster – quite unlike real life. But then again, we are playing video games.

The smooth execution of this concept makes Leap of Fate plenty addictive. And addiction, as coveted and unpredictable as it may be, is what solid games are made of. With no save option while in-game, I found myself playing for hours on end, with no regard for the ticking clock; the tell-tale sign of any addictive game, or activity, period. And even after I wrapped up hours of scrolling the cyberpunk universe, I was left hungry for more – more secrets, more answers, and definitely much more killing.

The downside of having to repeat the game over and over again is that first time Leapers (yeah I made that up) might be turned off by the sheer mundanity of it all. Without the juicy upgrades that can only be unlocked upon further playthroughs, one might feel inclined to put down their keyboard and mouse for something that isn’t so damn tedious. But should you decide to stick it out, you’ll be duly rewarded with a mighty powerful fighter and storm through the easy levels in no time. Upgrades are vast and varied, with some enhancing the slick technique of Shadowalk – teleporting through enemies to kill them – and others expanding the blast radius of grenades and other lobbed explosives of the sort. 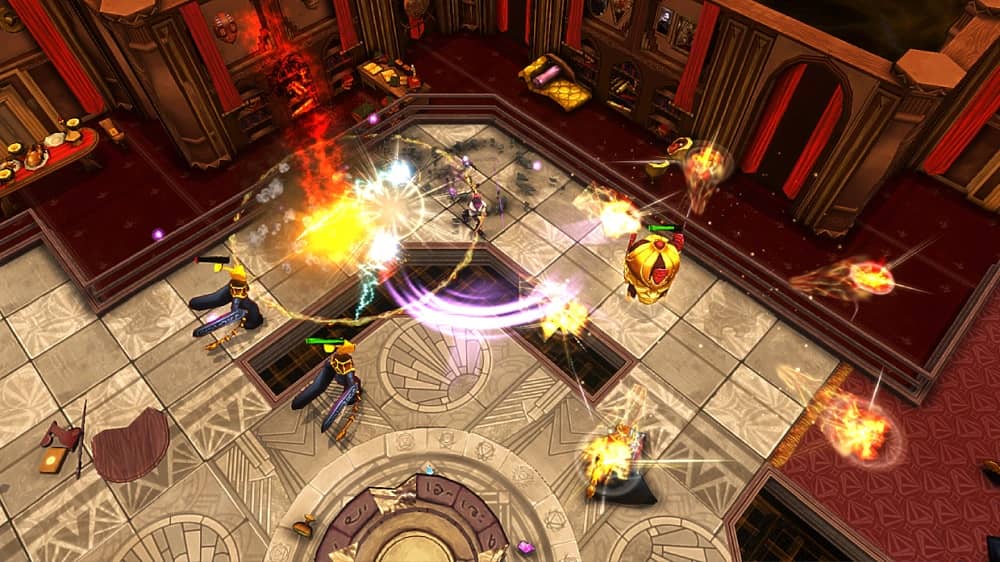 Character classes are varied but they’re all equally challenging to play with. Fighters that operate best from long range are handicapped by reload times, while others that are thrust into the thick of combat are given enhanced perks in other areas. They’re also equally enjoyable to play with; blasting a one-eyed mutant from long range is just as satisfying as hacking and slashing him into itty-bitty pieces. Special abilities like teleportation and grenades can only be used a certain number of times, and can be refilled by picking up after slain enemies. The health bar works the same way, and you’ve always got to keep an eye on it, for it doesn’t refill upon level completion. I can count nearly a dozen times where I got lazy (imagine that, getting lazy while playing games), costing myself precious minutes of play time. But then again, you do get to keep your upgrades – I might have mentioned that earlier.

Leap of Fate‘s atmosphere is eerie and befitting of the cyberpunk theme throughout, with a catchy soundtrack to boot, but you don’t have to be a nihilistic geek-loner obsessed with the future (at least that’s my vague impression of cyberpunk) to appreciate the game’s eye-catching art design. Although there are minimal cutscenes – and when they do appear they’re usually voiced-over slideshows – it’s the vibrant rendering of the sandbox levels and character models that deserve a nod of recognition. 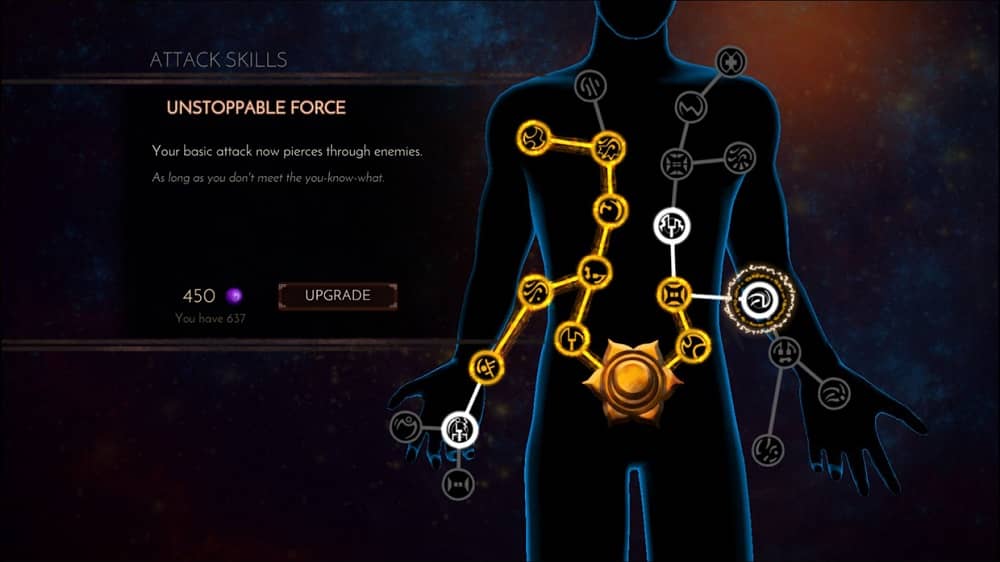 The story is not really all that entertaining, and with the number of upgrades up for grabs, I found myself playing not to figure out what happens next in Big Mo’s gloomy saga, but to see what secrets Leap of Fate still had to offer. Aeon’s story, for example, has something to do with his initiation into some kind of magic-wielding cult, his coming to his senses, and subsequently fighting his way out of it. I was much more immersed in bashing in the skulls of freaky ghouls, but that’s just me.

In the game biz, addiction is but one of the many pathways to success. There’s no easy road to fame, glory and a boatload of bills, just as there’s no one algorithm that will make gamers shut the blinds and keep their behind glued to edge of their seat. But Leap of Fate does appear to have found the recipe for addiction, if not success. Pick it up if you’d like a taste.

Leap of Fate is available on PC.