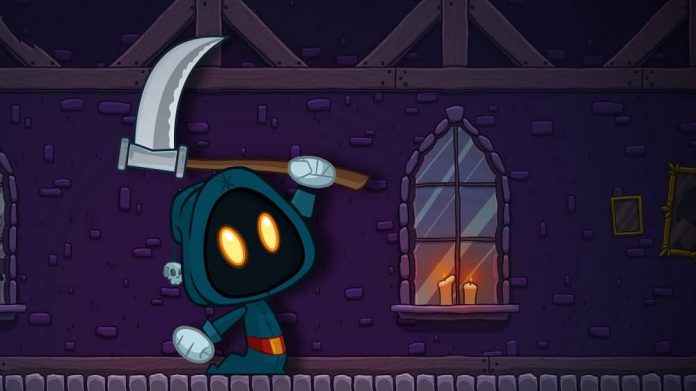 Have you ever played a side-scrolling beat ’em up and thought to yourself, “what this game needs is more spelling”?

No? Well, me neither actually. But apparently that’s exactly what developer Bacon Bandit thought when they created wordplay-meets-brawler game Letter Quest: Grimm’s Journey. It may seem like a very odd combination, but somehow, it really works.

Originally released in 2014 on PC and mobile, Letter Quest: Grimm’s Journey has recently had a bit of a facelift for a re-release on console, now known as Letter Quest: Grimm’s Journey Remastered. The new version contains a new game mode,  completely re-recorded music and polished animations. The core gameplay remains unchanged, so if you’ve already played the game, the Remastered version probably doesn’t offer enough to warrant purchasing it again, but if you’re new to it, like me, then it’s a delightful title with plenty of addictive gameplay on offer.

Playing through the main campaign of the game will see you work your way through 40 levels, each of increasing difficulty. Every level has a series of enemies for you to defeat, but rather than simply hitting an “attack” button and wielding a blade in the face of your foes, your weapon in Letter Quest is the written word. Presented with a grid of Scrabble-like squares, every attack sees you spell a word; the more points your word scores, the more damage your attack will do. Much like Scrabble, letters are graded by their rarity, so using J, K and X will net you a lot more damage than A, E and S, for example. Letter Quest laughs in the face of that old adage, “sticks and stones may break my bones but words will never hurt me”, because here, words do hurt. 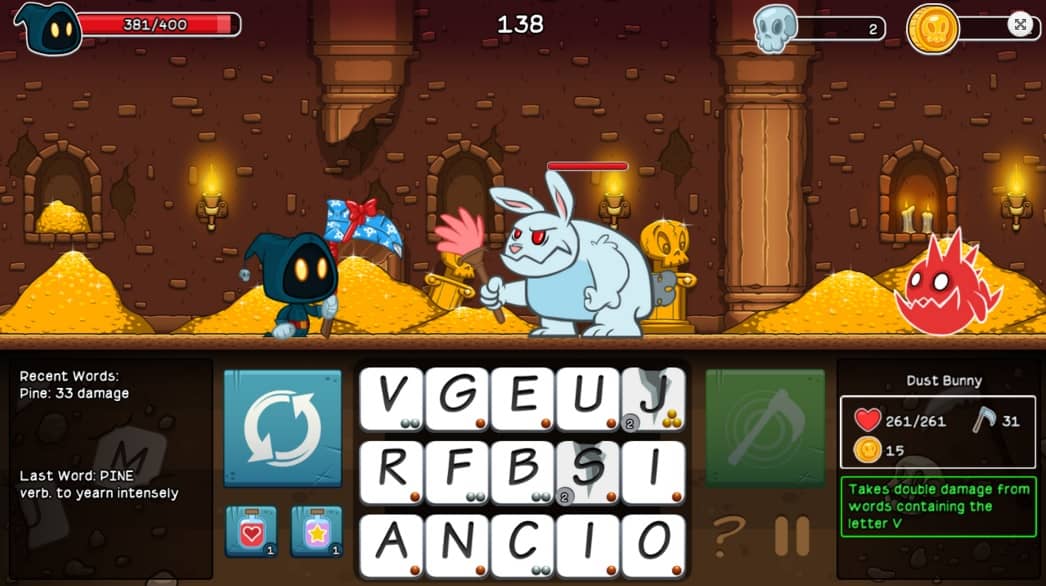 Letter Quest: Grimm’s Journey Remastered is presented in 2D, with a simple but wonderful visual style. Very cartoonish, the art perfectly complements the tone of the game, never taking itself too seriously. Enemy designs are wonderful, and although you’ll soon see the same models again and again, it’s hard to tire of the funky and chunky foes, such as a giant bunny holding a feather duster (the “Dust Bunny”, obviously) and “Little Orphan Granny”. Playing out very much like an old-school side-scrolling beat ’em up, Letter Quest sees you progress through a series of levels by defeating enemies before you can move past them. The earlier levels of the game may have just one fairly easy enemy to destroy, but as you progress you’ll be faced with several enemies in succession, some with much higher HP and some with special abilities. “Boss” enemies may be immune to certain types of damage, and have special attacks that affect your letters. For instance, some enemies will only take damage from words longer than five letters, or only from words that include at least one corner letter. Others will attack your letter grid, infecting your tiles with poison which inflicts damage on you if you use them, or turning your tiles into stone so that they can’t be used. There are a variety of different effects on offer, all adding a new layer to the challenge, and as you progress through the game these will only get more persistent and harder to avoid.

Killing enemies grants you coins, which can be spent out of levels on permanent upgrades. Much like a lite-RPG, your character in Letter Quest: Grimm’s Journey Remastered has a series of stats that can all be upgraded as you collect more coins. All the typical upgrades can be bought, such as improved attack and defences, and you can even swap out and upgrade your weapon – although the options are fairly limited. You also unlock additional skills in the form of books as you go along. You can equip up to three of these at any one time (starting with one; extra slots unlock as you progress) and each offers a unique perk to aid you in your quest. Considering its very basic premise, Letter Quest is filled with a lot of unexpected and welcome depth.

There’s a surprising amount of content in this seemingly small title, too. Although the main campaign of the game is limited to 40 levels, each of these levels has four game modes attached to it, offering an abundance of gameplay. Once you’ve completed the standard level, earning yourself one star, you can earn a further two stars by completing the time trial and the challenge mode (enemies are slightly harder and will have some special ability), and a special platinum star can be bagged by beating the level on ultra-hard mode. Enemies deal a significantly higher amount of damage, have a great deal more HP and have more special skills up their sleeves, so expect to level up your character a lot before you can think about tackling these. 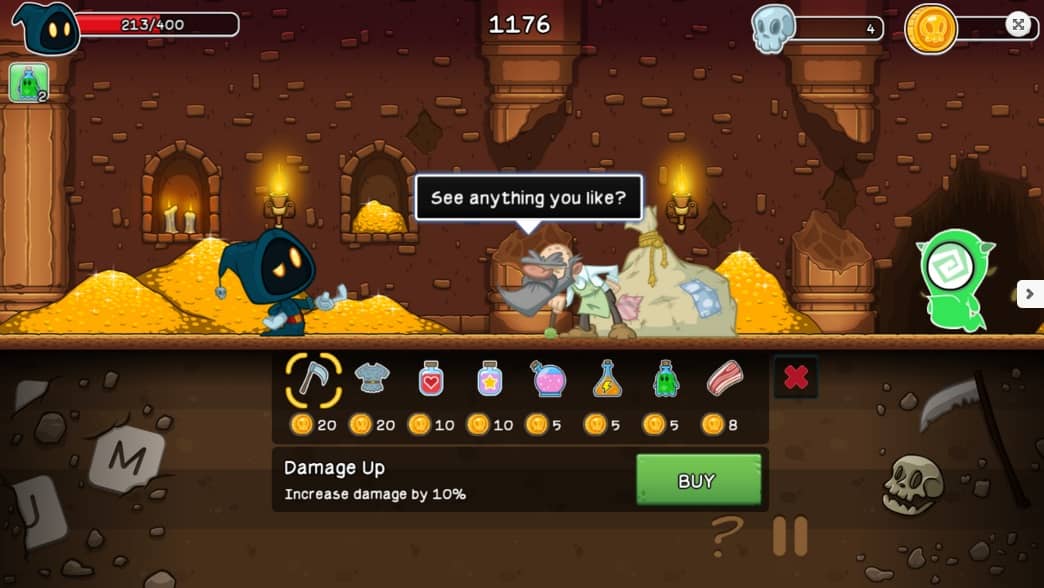 Alongside campaign mode, there is an Endless game mode, which is new to Letter Quest: Grimm’s Journey Remastered. The gameplay remains the same to that found in the main campaign, but rather than working your way through levels, it’s a case of seeing how long you can survive by facing an endless run of enemies with increasing difficulty. Just like the main game, you’re also rewarded coins for defeating an enemy, but these don’t carry over between games and can only be used in your current run of Endless mode. After every few enemies, you’ll be greeted by a shopkeeper who lets you spend your hard-earned coins on useful items like potions, damage upgrades and health refills. You’ll need to carefully balance your available funds against keeping your health levels buoyant if you want to succeed.

Going into it, I didn’t expect much from Letter Quest: Grimm’s Journey Remastered, but I was pleasantly surprised. I enjoy a good word game now and then, and the unique twist that Letter Quest offers with brawler and RPG elements makes this a truly engaging and addictive title. If you’re not a fan of wordplay, then perhaps you won’t get the same level of enjoyment from it than someone who spends inordinate amounts of time on Words With Friends, say, but the blend of genres coupled with the great art style makes this a much more accessible and enjoyable game than your bog-standard game of Boggle.

Letter Quest: Grimm’s Journey Remastered is available on PC, PS4, Xbox One and PS Vita. We reviewed the Xbox One version. 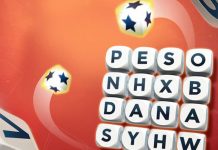 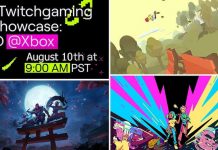