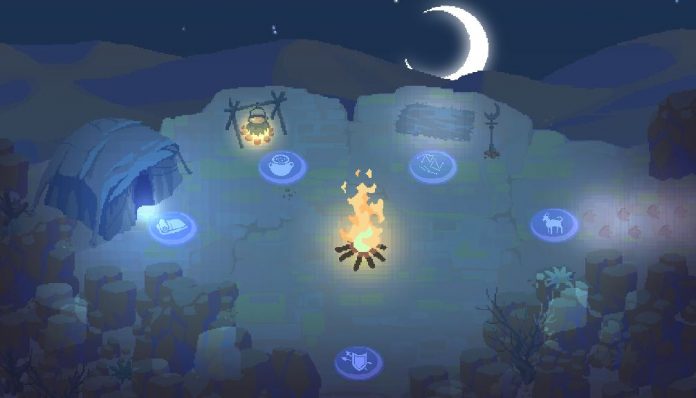 My first playthrough was 20 minutes long, the second an hour, and by the time I finished the fifth, rationality told me that I knew the game inside out, but my gut told me otherwise. The thing is, Moon Hunters can be replayed in so many different manners that you get a feeling your journey really is not over when it is supposed to be over – all of which will make sense once you get your hands on a copy of the game.

That being said, at first glance, Moon Hunters does not do much in the way of knocking you off your feet (or couch, for that matter). The combat is not particularly challenging or stimulating, the story as aforementioned is ridiculously short, and your avatar and its surroundings are nothing but an amalgamation of blocky pixels. However, if you can muster your way past those first blatant superficialities, count yourself in for a fun few hours of light storytelling and gameplay.

As a hero or heroine in Moon Hunters, you traverse multiple landscapes on a quest to defeat the leader of the Sun Cultists, King Mardokh – the catch being, you only get five in-game days to prepare yourself for the inevitable final battle. You never “die” in Moon Hunters, at least not in the conventional video game sense; each “day” ends as you complete a level, or if your health bar drops to nil, forcing you to “crawl to safety” and set up camp. As you battle your way through a variety of maps you face off against hordes of enemies and collect “orens”, which can be used to purchase enhanced abilities for your character. Your interactions with NPCs and your performance in the main boss fight carve out your warrior’s fate, with each outcome bearing little resemblance to the last. 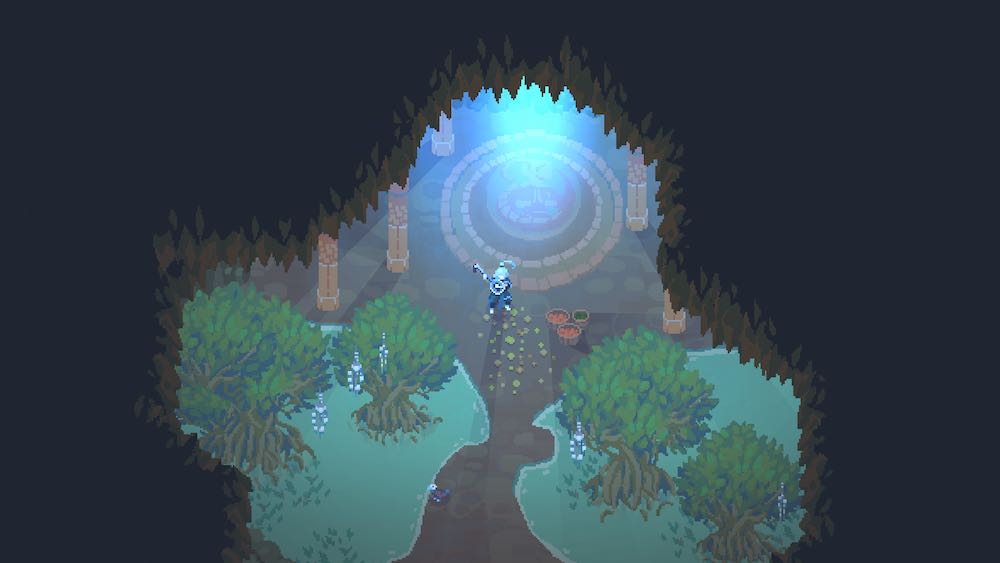 You can either choose to go it alone, or with up to three other players, couch co-op or online. However, when I attempted to play online nobody was available, and since Moon Hunters is such a small-budget title I speculate it will be mighty difficult to find other players to play with at launch time – unless you are all playing from the comfort of your own home. Couch or online co-op is always a welcome addition to any game, anytime, but it becomes a problem when it is not scaled properly. Should you choose to fight solo, prepare yourself for a tougher challenge; if you round up a few friends, it’ll probably turn out to be a walk in the park, unless your buddies are manning the sidelines and leaving you to do the dirty work.

The level of difficulty is not only dependent on the number of players you venture off with but also the character class you pick at the beginning of the game, which isn’t scaled properly either. Some classes make it too easy to vanquish hordes of enemies with the press of a single button while standing a ways away; other class types require you to engage directly in combat, which puts you at much greater risk of damage. The controls themselves are minimalistic, with only two attacks and a Witcher-esque dodge manoeuvre at your disposal, but I was still surprised at how far forward I inched in my seat when surrounded by a clutter of chunky, pixelated spiders. 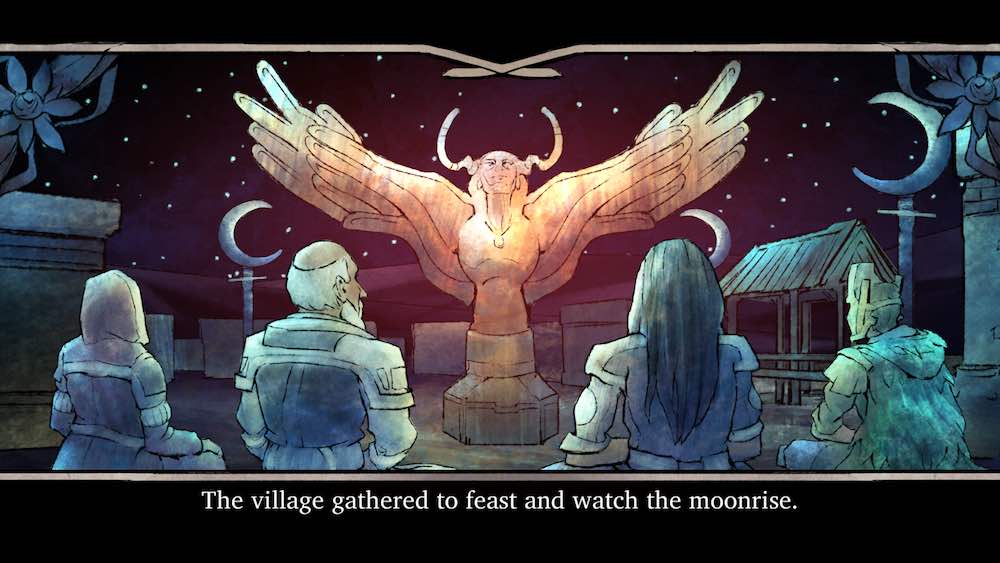 Although the game’s look is old-school, with chunky pixels dominating the bulk of the art design in a manner akin to Mario’s very first adventures, character pictures and narrated slideshows that pop up in between bouts of gameplay are meticulously hand-drawn with gorgeous detail. The meditative soundtrack also plays a key part in the serene ambience. All of these elements will undoubtedly resonate with you long after your final playthrough.

All in all, Moon Hunters is a short, engaging game, innovative in its approach to replay value, with each subsequent playthrough increasing in depth and pleasure. But is it worth your time? It really depends on what you are looking for; those craving the usual high-strung brawls and firefights will not find solace here. Moon Hunters is a much subtler and artistically inclined video game, eschewing traditional concepts for something that at times does and does not deliver, but is ultimately deserving of praise and recognition.

Moon Hunters is available on PC and will be coming to PS4 and PS Vita soon. We reviewed the PC version of the game.