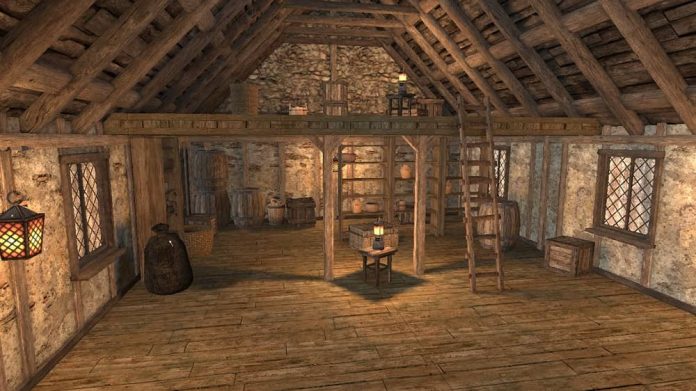 I’m not going to sugar coat this in any way: Mysterious Castle is awful. It’s frustrating, boring, easy, confusing, and the only thing mysterious about it is how it made its way onto Steam.

Mysterious Castle is a casual point and click adventure game developed by OpenXcell Studio and published by Black Shell Media. It’s essentially an Escape the Room game where the goal is to – who’d have guessed it – escape each room to move onto the next. In Mysterious Castle, you play as a Rogue staging a robbery to plunder an old Castle of its treasures, however you are halted by a cloaked monk seeking freedom from this castle. Your goal is now to collect five pieces of a skull to free the monk from this castle, and you do so by going from room to room solving simple puzzles to open a chest that contains a key to advance to the next area.

The story is told through comic strip cut scenes which feel out of place for this world, and very half-assed. The story is really poorly written including the dialogue, so a lot of it reads like something that a 10-year-old would write – “I’m a thief, not a saviour.. .now go away! I need to steal some stuff” – see what I mean? I think at times there’s an attempt to inject some humour into the dialogue, but instead, the only thing that’s funny is the poor writing. During these sequences Mysterious Castle is completely silent; there’s a distinct absence of voice acting or any score over, and the only sound you get is whooshing when moving between images. The background music elsewhere is fine but after a few levels, I hadn’t even noticed it had mysteriously turned itself off. The comic strip scenes are an interesting addition but overall they’re incredibly limp. The graphics elsewhere serve their purpose, but there is a lot of obnoxious flickering when moving around some of the rooms. 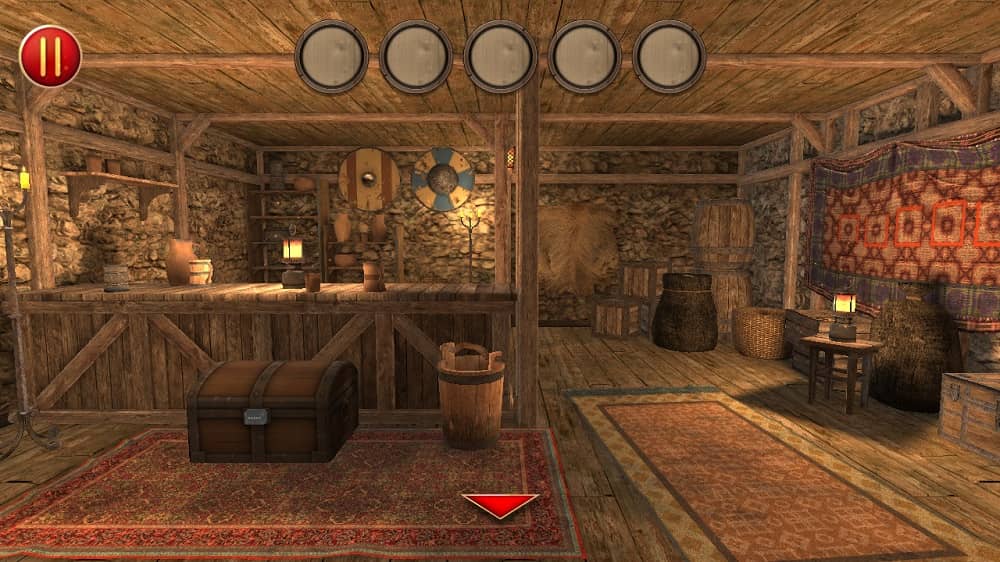 Moving around the rooms in Mysterious Castle is a giant pain. When you move left and right to view each area of the room, the camera slowly pans around. What’s most annoying about controlling Mysterious Castle is that there are areas which you can only get to by clicking on them mid-pan, and it’s an unnecessary obstacle. There were levels where I spent 10 minutes trying to click the exact spot that would let me over to where I needed to go; I had to spam click where I wanted to go while moving, and this happens way too often in Mysterious Castle. So much of its very short campaign is spent getting frustrated about trying to reach your desired location.

I had to restart a lot of levels in Mysterious Castle, and not just because of the camera, but its confusing mechanics as well. To start with, some puzzles need to be completed in the exact order the game wants; don’t you go solving something too soon otherwise the puzzle refuses to work. There was one level where the code to advance was behind a lit fireplace; upon putting out the fire, you move toward the code, and once there I could not back away to find the code within the level; I had to find the code first and then solve the fireplace. To make matters worse, the code was split into two different pieces of paper, so once I got the two pieces I clearly saw the code so I did the fireplace again; however because I didn’t combine the two pieces of paper the correct code doesn’t work. On one level there’s a book that’s clearly made to be clicked, but you can’t open the book until you light a candle. Why? On another level I had to legitimately check a walkthrough to see what order I had to complete the puzzles to advance; I knew how to do everything, I just needed to do all of it in a particular order. 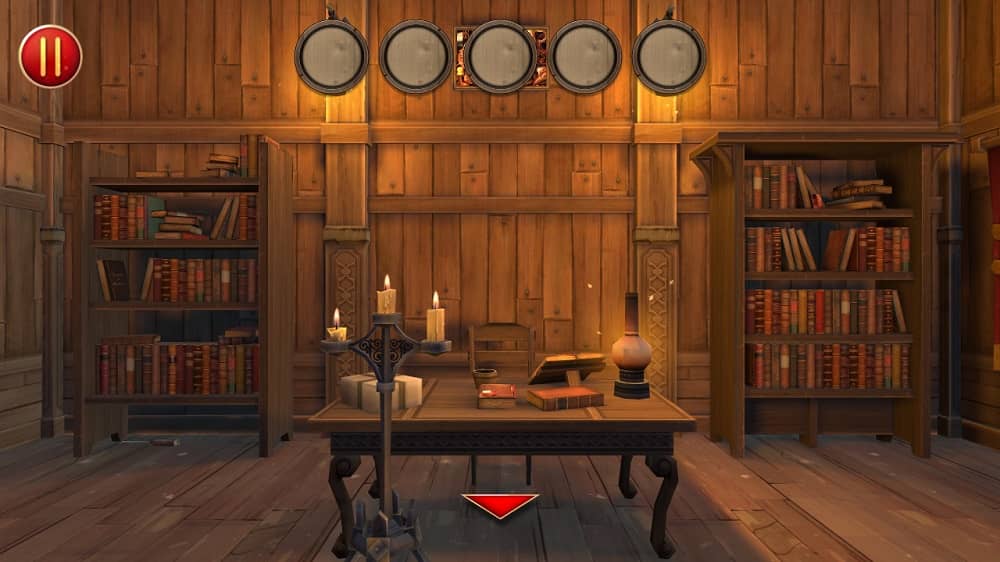 I don’t play many point and clicks but know that some of the best allow you to interact with 90% of the environment around you but only about 10% of that is useful to advancing. With Mysterious Castle, it’s the opposite, about 10% of the environment can be interacted with and about 90% of that is useful for advancing. This should make Mysterious Castle ridiculously easy, and in some ways it does, but the difficulty created is through the controls and the “mysterious” mechanics to complete levels.

There really isn’t much to say about Mysterious Castle other than it failing on almost all fronts. I completed it in just over an hour and I would go as far to say most of that is spent wrestling the controls and the mechanics to advance, not actively trying to solve the puzzles. The best section of the game is the last level where you solve one puzzle and move straight through a door and there’s another puzzle; though these puzzles are fairly easy, the worst elements of the game are no longer the forefront. I imagine without having to restart levels and spending 10 minutes simply trying to move into a particular area, you could complete the game in about 30 minutes. Its title is misleading because there really isn’t anything mysterious about it bar some of the mechanics. I don’t think it’s worth the £4 asking price. It’s extremely short (but that way it’s over quicker), unintentionally confusing, overly frustrating, incredibly dull, and not worth your time.

Mysterious Castle is available on PC.