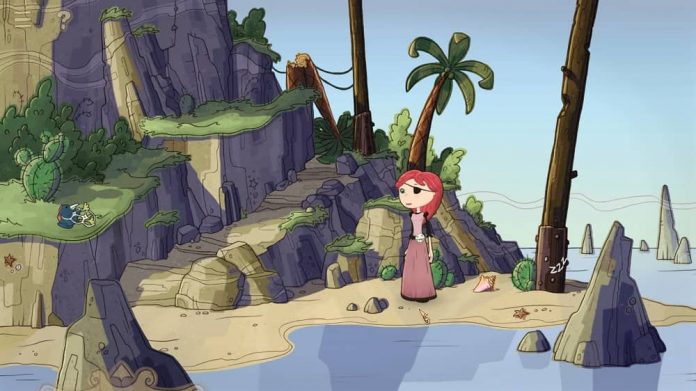 My go-to source of comedy isn’t usually video games, although Saints Row 3 had me cracking up from start to finish. It may have to do with the fact that humour isn’t often the crux of a game, whether it be indie or AAA; even when it is, the type of humour usually isn’t my cup of tea, or the quality just isn’t up to par.

Nelly Cootalot just happened to be the complete opposite: a point and click adventure with a sharp but silly attitude. I’ve never been a huge fan of point-and-click adventures – I prefer controlling my character with arrow keys or joysticks myself – but I was intrigued by the media’s lauding of Nelly Cootalot’s script, so I decided to give it a go.

In Nelly Cootalot: The Fowl Fleet, you take the eponymous pirate heroine on a journey to take down the evil Baron Widebeard, encountering a bevy of eccentric personalities along the way. Some of them have got a lot to say, others are rather taciturn, but they all play a part in Nelly’s adventure. Nelly happens to be one of the most lovable game characters I’ve ever played with. She’s as smart as a whip and got a whole bunch of quips to boot. Even though I finished the game a while ago, Nelly’s British accent is still bouncing around my head. She may only be two-dimensional, but she makes up for it with her wit and charm, and she’s most certainly a protagonist that I’ll remember for a very, very long time. 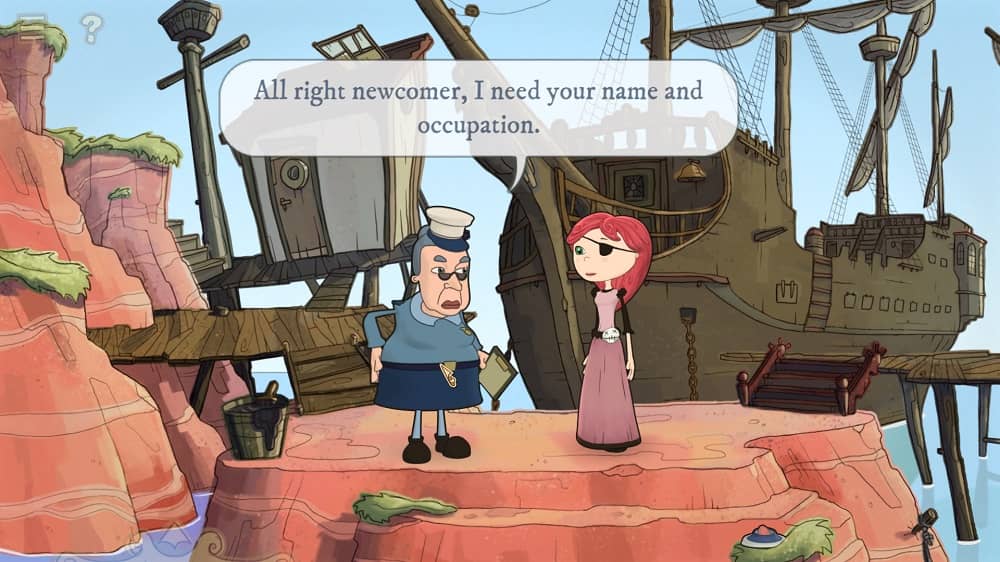 The gameplay of Nelly Cootalot: The Fowl Fleet is comprised of a series of puzzles that are equally enjoyable but vary in difficulty and design. You’re first introduced to the game mechanics when Nelly is trying to get into a crate to sail off to Baron Widebeard. In order to solve the puzzles, you have to interact with the objects in Nelly’s environment, which can be picked up, given to NPCs, and sometimes even mixed together. Pressing a question mark in the top left corner places a handy marker on every object that Nelly can interact with, but it’s entirely optional. There are certain items that you can pick up and use right away, while others can and should be retained for later; you’ll never know when that filthy rag hanging off the edge of the deck might come in handy.

The cartoony, hand-drawn art design matches the light atmosphere of the game perfectly. Baron Widebeard has really got a wide, green beard, and Harbourmaster Van Zandt looks exactly as evil as he sounds. The islands Nelly visits are exciting to explore and larger than you would expect for a game of this length. The main island, on which you spend the bulk of the game, is rife with interesting characters to converse with and loads of sights to see.

Nelly Cootalot isn’t a long game – it took me around six or so hours to complete the story from head to toe, and it’s one of the few games that had a perfect story length but that I wish went on forever. As fun as it was, it doesn’t have much replay value, as both the story and puzzles are linear. That’s my only complaint about the game; I just want to explore another mysterious island with Nelly for a few more hours. Is that too much to ask for? 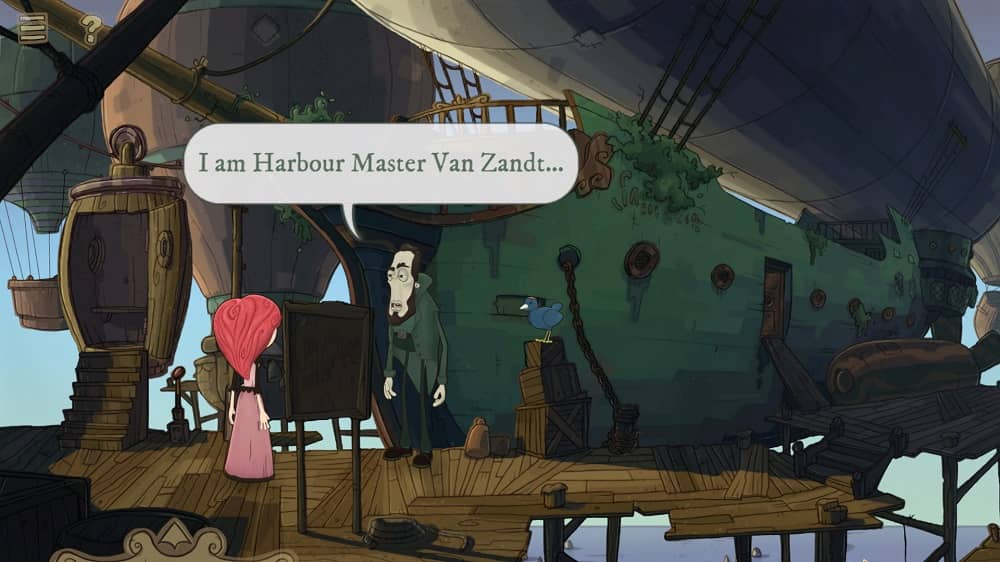 And of course, the writing is absolutely hilarious, filled with delightful one-liners and the most cringe-worthy puns. Creator Alasdair Beckett-King, also an award-winning comedian and filmmaker, has sure got a knack for spitting funnies, and I can’t wait to check out some of his work in other mediums.

Nelly Cootalot: The Fowl Fleet is available on PC.