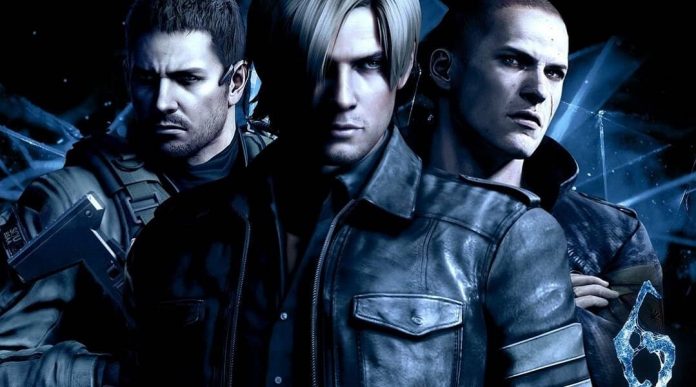 As one of the very first games that found its way into my PlayStation One console all those years ago, the original Resident Evil will always have a place in my heart.

The music, the graphics and the cinematic presentation all came together to deliver a groundbreaking and hair-raising experience at the time, setting a new standard for what games could be. With each new entry in the series however, a little something that made the first title so special was lost; the focus on survival horror steadily giving way to action. Regardless of the genre shift though, most new entries in the franchise were still good at the very least, with others being decent but crushingly disappointing. Unfortunately for fans, Resident Evil 6 fell into the latter category.

For me, the real problem with Resident Evil 6 was that it tried to do too much, sacrificing razor-sharp focus and tight gameplay in favour of a hastily stuck together bundle of gameplay systems and modes. There were four decent sized campaigns, each with their own duo of characters and online co-op functionality, a Mercenaries mode complete with a humble amount of maps, characters and again, online co-op functionality, and finalising the package were yet more online modes of an adversarial nature, such as the ingenious but poorly executed agent hunt. The trouble is that whilst the campaigns were varied and reasonably enjoyable – so too the fully-featured Mercenaries mode – the camera and controls just weren’t right, sucking the life out of the game and most of the joy with it. It also didn’t help that the game was laden with intrusive quick time events. Honestly, you were hard pushed to go more than a few minutes without having to mash a button or fiddle maniacally with your analogue stick to complete some menial task. All in all then, Resident Evil 6 was a bit of a shambles, with brief moments of greatness eclipsed by its ability to cause frustration, boredom and disbelief.

In the face of all of Resident Evil 6’s shortcomings however, I was still subtly excited when over three years since its October 2012 release, it was announced that a remaster of the much maligned title was coming to PS4 and Xbox One. Perhaps with a bit of a care and attention I thought, Capcom could add a little spit and polish to the title, righting some of the wrongs of the original release to at least make it good rather than just decent. Unfortunately my thoughts were misplaced. This re-release of Resident Evil 6 adds nothing more than some spruced-up graphics and all of the available DLC to the title, making it just as disappointing as it’s ever been. 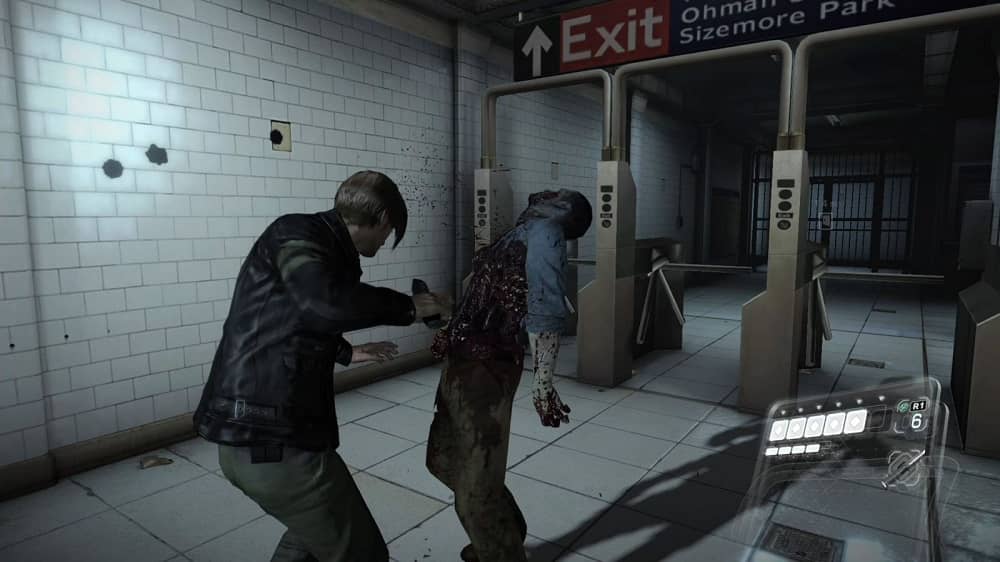 Truth be told, without remaking the whole damn thing and heavily rewriting the story to not make it a cliché-ridden wannabe action epic, it was always doomed to be a disappointment. Whilst each of the four campaigns that make up Resident Evil 6’s story mode are suitably unique, each offering their own flavour of gameplay and a familiar returning character, the overarching story that ties them all together is a bit of a mess. Were the gameplay to be enjoyable and enthralling enough, the overly dramatic story full of blockbuster movie set-pieces could have been forgiven, but alas, it isn’t. Instead, nearly everything about Resident Evil 6 feels a bit clunky and unintuitive. Movement for example, plays a large role in Resident Evil 6 with the characters being more agile than ever before, but somehow it still manages to feel like you’re controlling a tank at times. Also, even though they can dodge, dive, slide and roll, your characters’ tendency to fall over just by walking over corpses or being shot at is just laughable and downright annoying.

Then you’ve got the melee combat. Honestly, I don’t think you’ve lived until you’ve seen Leon Kennedy pile drive a zombie’s face into the dirt. Going hand-to-hand is way too effective in Resident Evil 6, with a few punches and kicks frequently being better than a number of bullets when it comes many standard adversaries. Aside from making enemies such as zombies trivial, it also just looks ridiculous, cementing Resident Evil 6’s gameplay firmly in the action rather than the horror genre. No one could be remotely scared or intimidated by anything this game throws at you, particularly when you’re punching it in the face, and that’s a major problem when your heritage lies in the realms of dread and survival.

When melee isn’t the better option, which is admittedly more often than not, Resident Evil 6’s gunplay is merely functional, with weapons not really having any particular weight or feel to them. As you make your way through each of the campaigns with the various characters you’ll amass a varied arsenal, and due to the scarceness of ammo and/or inventory space you’ll probably end up using them all as you gun down the hordes of undead and mutated creatures that stand in your way. With around 500 enemies or so thrown at you in some of the campaigns though, you’ll be thankful that your bullet reserves are at least fairly fluid, with enemies and random crates often inexplicably leaving behind some ammunition for you to pick up upon their destruction. Completing the below par third-person shooter gameplay is a rather wonky cover system that is so awkward to use that you’ll rarely bother with it unless playing on harder difficulties, but even then it’s often more trouble than it’s worth. 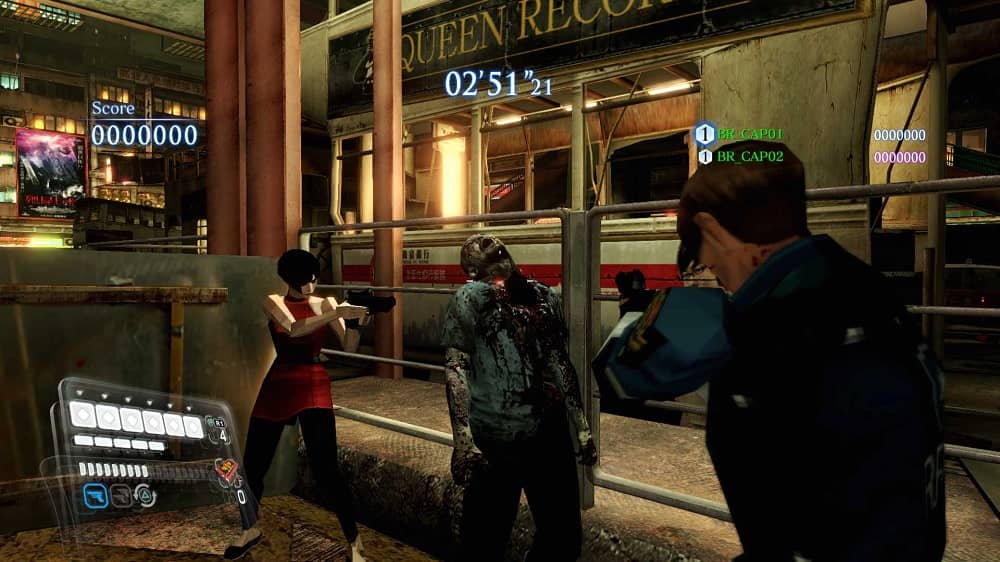 The absolute worst of the complete Resident Evil 6 package however, is assuredly its adversarial multiplayer offerings. Totally ill-conceived and unnecessary, pretty much all of Resident Evil 6’s competitive modes – Agent Hunt, Survivor, Onslaught, Predator and Siege – have you dealing with its unwieldy controls on boring maps. It’s bad enough when you’re playing as a human in these turgid matches, but my god, when you’re forced to take control of a creature things somehow get much worse. Whether you’re in control of a zombie or a giant mutated bird, movement is slow and cumbersome, and your attacks are often unresponsive or tied to ridiculously long animations. It’s almost testament to how bad Resident Evil 6’s adversarial modes are that finding matches is even an arduous task; in all my time spent playing, I never once encountered a lobby with more than a few people in it, which is not a good sign when it’s only been out for just a couple of weeks.

Credit where credit is due though, Resident Evil 6’s co-op offerings are much more agreeable. With a buddy by your side, playing through the campaigns becomes a much more interesting task, and the solid Mercenaries mode provides a great deal of longevity beyond their completion. In fact, with the entire package priced at £15.99 ($20), Resident Evil 6’s Mercenaries mode alone will probably be enough to convince many fans to part with their cash.  Playing the game on Xbox One, it also helps that Resident Evil 6 runs like a dream, with there being no noticeable framerate drops during my time spent playing, despite the graphics being suitably improved to make it less of an eyesore – although the character and enemy models are noticeably more detailed than the environments they inhibit.

Tying all of Resident Evil 6’s modes together is a skill system that allows you to kit out each character with three perks at any one time to boost their abilities. It’s not a bad idea, in spite of it feeling totally out of place in a Resident Evil game, but the rate at which you acquire skill points by killing enemies and destroying crates is so slow that you’ll have likely grown tired of the game before you’ve gathered enough to afford any perks that have a profound effect on the gameplay. Still, those that make their way through the campaigns multiple times or get engrossed in the Mercenaries mode will at least be somewhat rewarded for their efforts. 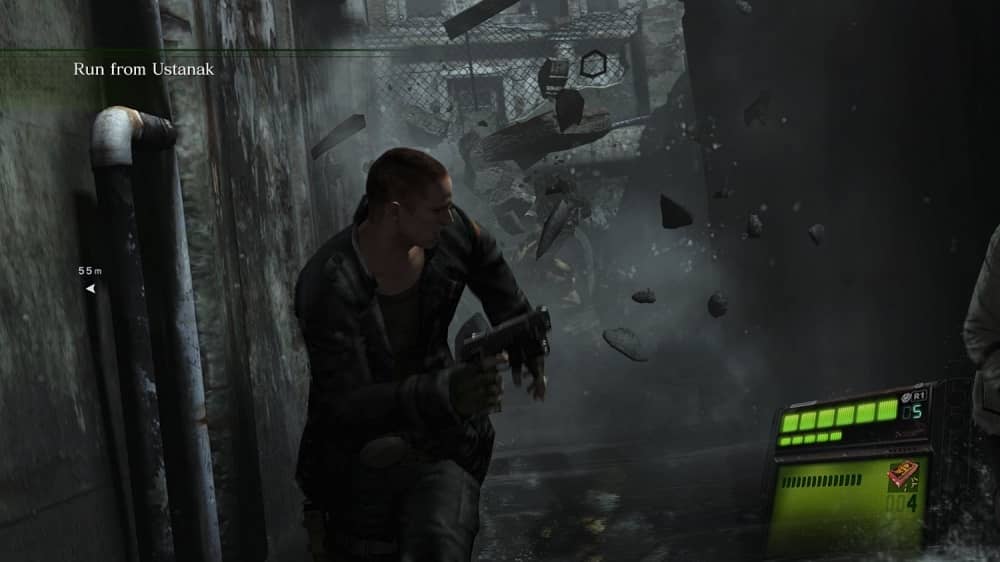 Overall, Capcom were just too ambitious with Resident Evil 6, and unfortunately this port doesn’t really do anything to address any of its glaring issues. As such, it truly is a wasted opportunity to restore fans’ faith in the series as it continues forwards. Despite it all however, if you can live with the shoddy controls, ridiculous story and sickening emphasis on action, Resident Evil 6 can still be quite enjoyable, especially when played in co-op. In the end though, there’s no getting over the fact that this is one of the weakest games in the series, and even with its massive amount of content – some good, some bad and some terrible – it just about scrapes by as being passable. Ultimately, you have to ask yourself: do you really want to buy into this as a Resident Evil game, indicating to Capcom that you’re happy with the way it turned out? I’ll leave that choice up to you.

The re-release of Resident Evil 6 is available on Xbox One and PS4. We reviewed the Xbox One version.