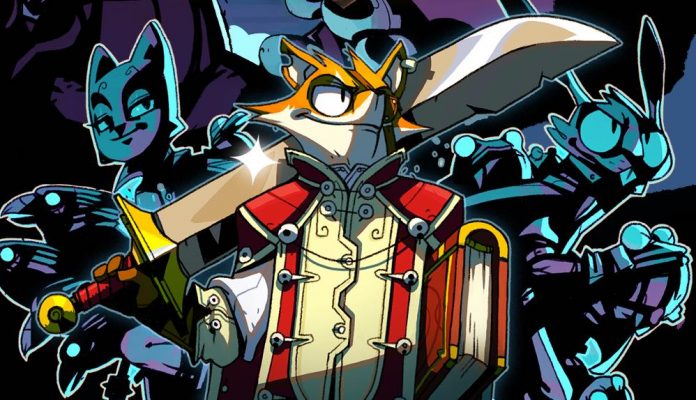 Upon hearing the title: Story: The Path of Destinies, many gamers alike may roll their eyes and tut at the unartistic name.

However, I implore you not to judge a book by its cover – or rather in this case, a game by its title. Beneath its cliché exterior is something that brings a new light to that age-old classic: choice-oriented storytelling, and jeez does it come in with bells on.

Originally named Stories: The Hidden Path, Stories: The Path of Destinies is an action/adventure RPG built in the Unreal engine by Montreal-based indie developer, Spearhead Games. We follow the story of Reynardo, a clever, anthropomorphic fox with a bit of a hero complex and a touch of bad luck as he gets sucked into a rebellion against the emperor. His major problem is that, not only is he torn by different decisions to defeat the mad monarch that risks his friends and loved ones, but he also has a ton of terrible ways to mess things up and fewer to be successful.

Firstly, I’ve got to try and dull my excitement at this game’s beautiful design to get words out cohesively. As an enormous fantasy lover, when it’s evident that equal amounts of effort have gone into the design as well as the mechanics it makes this humble reviewer very giddy indeed. Like games such as Bioshock: Infinite, Bastion and Dreamfall: Chapters, what’s equally as important as a good story is good setting and this game certainly sits alongside such titles. With airships, floating cities and a wonderful eye for architecture, Stories is widely imaginative and brilliantly thought out. Each different area and level brings out its own personality despite the short gameplay per run. The same can be said for its choice in colour to reflect mood and urgency, using warm and cold contrasts to switch us from excitable green landscapes to dark, crumbling cities.

When referring to its script I can also let my criticisms lay dormant. Yes, there are occasions where the dialogue feels a little bit forced in areas but not so much for it to be distracting or irritating. I’m very fond of interactive fiction in all forms and have very good memories of bedtime storybooks when I was a child. Where Stories: The Path of Destinies comes in is in its wonderful narrative that reignites that memory of loved ones acting out characters of a bedtime story. The fact the narrator is the only voice in the game is a very nice, personal touch. Some people may disagree but it certainly hits a soft spot for me. 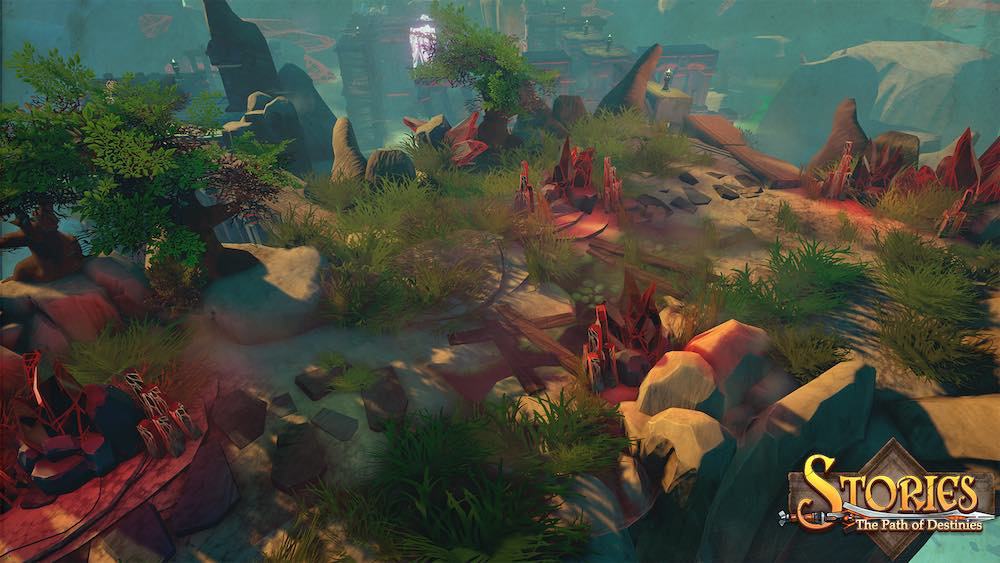 To look at the mechanics of Stories initially players may not be very impressed by its repetitive controls. On the outside it appears more of a button-bashing hack-and-slash fest as opposed to something that requires strategy, but it’s got more class than that. The game relies much more on counter-attacks than something more offensive and the longer you play it, the harder the combat gets. By relying on countering it creates an almost rhythmic display as you jump from one enemy to another and rack up a hell of a combo score. It’s like watching a very satisfying, very aggressive ballet… with swords. But this is the area where a lot of similar games go wrong. Let’s face it, the combat is unsubstantial and hardly ground-breaking, yet it’s the fluidity of our movements and the minimal time it takes to defeat an enemy that makes it enjoyable. Spearhead turns a potentially tedious affair into something addictive and challenging in a different way.

Clearly this isn’t going to match up to the “butterfly effect” of our beloved multi-choice games like Until Dawn but it did a damned good job at it. Admittedly Stories was another review I went into blind. Having chosen it based on its initial appearance I didn’t even know it was multi-choice until I got into it and had to make that dastardly first decision; one that led me to a very unfortunate demise, darn it. With about an hour of initial gameplay, what I really adored above the general charm of the whole thing was that as soon as you finish the first play-through it just launches you straight into the beginning again without shooting you out into a main menu. This little tactic I found made it very hard to exit the game and had me playing again and again and again.

In mentioning the script one more time to add on to the previous point, this is the area I found the most impressive. Not only do we unlock new swords/stones/foes/levels with each story but we’re also submerged into a narrative that tailors itself to your past mistakes and successes. Like building on top of a foundation, there are 24 possible endings and a true ending to unlock. To adapt the narrative to each possibility of choice and structure must mean hundreds and hundreds of lines of dialogue, from important plot points to funny one-liners. That level of attention has to be praised and admired as it’s yet another factor into the game’s beautiful fluidity and consistent enjoyment. 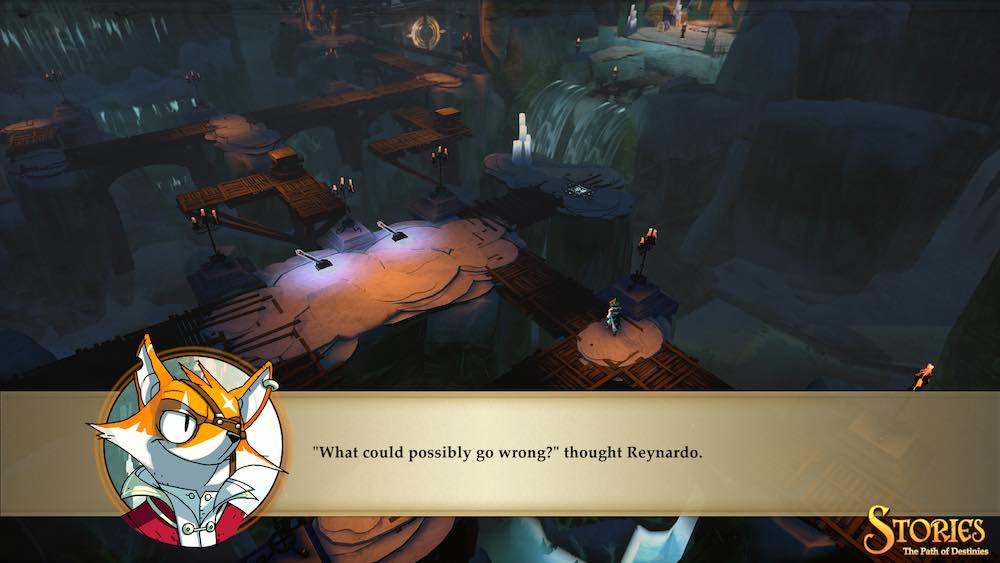 To find something negative to fill this gap is the web version of picking the crumbs off the bottom of a biscuit tin (or should I say cookies?). Frame rates were a bit jittery at times and the loading screen takes a little bit longer than is desired, yet neither of these spoilt the gameplay. If anything the story itself was a little loose, but then when the actual game – not including the replays – runs in at an hour, there’s a lot to fit in. Would I have liked more character backstory? Yes, but that’s just the writer in me talking. I know exactly how difficult it is to ram inventive and detailed description into such little space and time.

The concept is not original, nor is Stories: The Path of Destinies‘ mechanics but there’s just something so endearing about it that makes me love the game that much more. I needn’t insult anyone by commenting on its replayability. Safe to say you’ll get about 24 games out of it depending on whether you see it through or give up, and for the current price it’s not a bad deal. For a game that’s well-structured, well-planned and well-designed I could hardly be more thankful that I was fortunate enough to cover it. In such a short space of time Stories has rocketed onto my list of favourite indie games and if that’s not compliment enough then I don’t know how else to phrase it. It’s not perfect, but it is perfectly charming.

Stories: The Path of Destinies is available on PC and PS4. We reviewed the PS4 version.