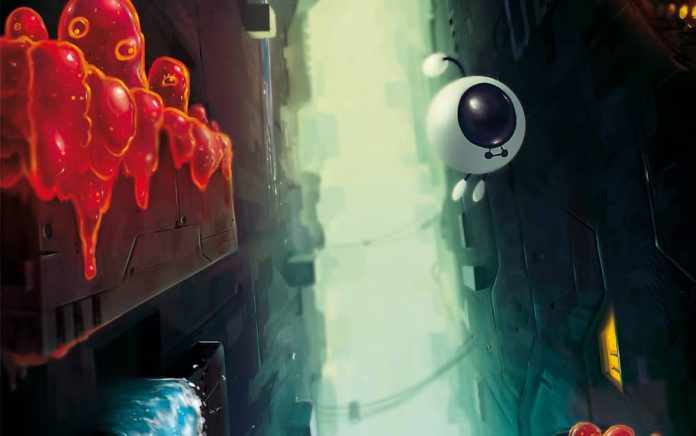 At first I was skeptical about Tetrobot & Co; not only was it a little outside of my generic comfort zone but it had the look, on the surface, of a game trying too hard to be modern.

How wrong I was! This is a modern puzzle solver but one that retains the challenge and sensibilities of classic puzzle-based titles such as Crash Bandicoot (minus the action and spinning). Tetrobot & Co is simple, and brilliant because of its simplicity. Hours of time will disappear into a vacuum, unnoticed, rather like multicoloured blocks disappear into the Tardis-like storage space of the Tetrobot.

There is not much of a story to Tetrobot & Co, so fans of in-depth narrative will be disappointed. Having said that, the game is evidently not about a story; it is about a satisfying feeling of progression. There is enough to set up the premise and world – any more would feel superfluous. You play as the Psychobot,  a microscopic bot designed to fix broken Tetrobots and recover their memory chips. The bot is represented by a rather cute (I’m not one for cuteness but this will get you no matter how calloused you are) robot creature who looks something between an iPhone and a washing machine. You are able to direct the Psychobot with a mouse-cursor and activate certain interactibles in the environment. The controls are sleek and simple. There are a grand total of perhaps two buttons you will ever use, plus your directional sticks/mouse. The complexity of the game derives from the logic of the puzzle-solving which has been expertly thought out.

The world, the internals of a Tetrobot, is created out of blocks. Wood blocks. Sand blocks. Stone blocks. The list goes on. These blocks can stick to blocks of the same type. You can also only retain six of them in your storage at any one time. Mastering the blocks is the only way to access the most difficult of the memory chip collectibles. Each level has three. Though you don’t need to acquire all three to complete the level, it is recommended, as the later levels in the game can only be unlocked by collecting as many as possible. This is where the similarities with retro titles come in. Remember collecting crystals in Crash Bandicoot or rings in Sonic? This game will let you relive that experience as you while away hours trying to solve the most mind-boggling of puzzles just for that one chip which will get you enough to access the next level. 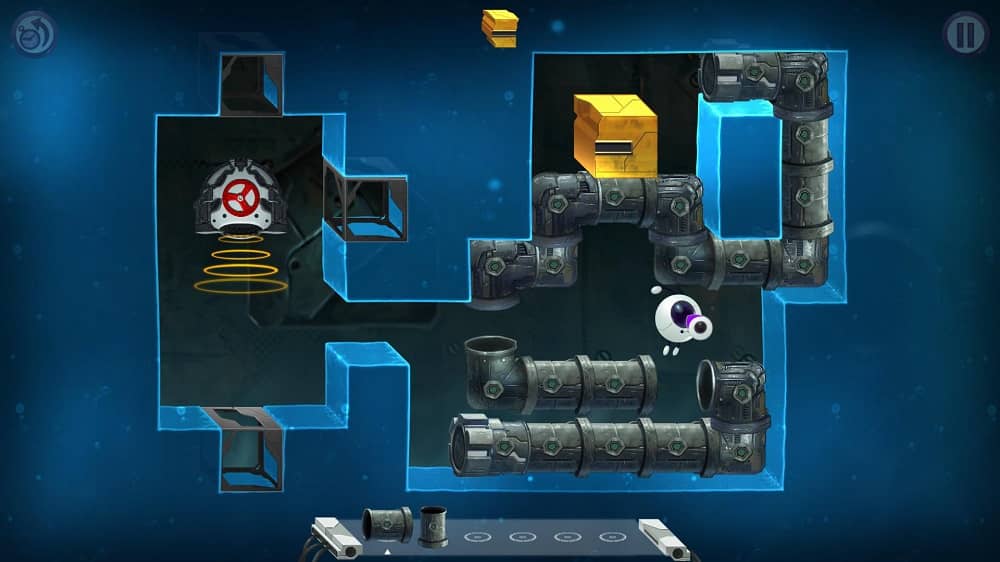 There are neat touches throughout, from the title menu to the level-select as well as the levels themselves, which show attention has been paid to the little things which can really elevate a game. The level select is a conveyor belt of broken Tetrobots, meaning your immersion never really breaks even after you finish a level. You select a Tetrobot to enter and this brings up the sub-levels (remember the classic 1-1, 1-2 level formatting? You can relive that too). The levels often mirror what is wrong with the Tetrobot; a particularly waterlogged specimen features levels where the walls are made of water. This not only makes the levels visually different, but also provides a neat opportunity to introduce new mechanics. The watery walls can be passed through in certain ways, adding another dimension to the gameplay, and the possibility of hidden levels. The game is full of moments like these where new mechanics are subtly introduced with little or no explanation, but enough of an indication to get you there yourself. Secrets abound. Place a sand block over a laser beam and it becomes a glass block, which has its own unique properties. I won’t give any more away lest it spoil elements for you.

The secondary genre category of this game is Casual, and it also succeeds brilliantly in this field. Despite the difficulty of some of the puzzles, I was never frustrated or angry. I never felt the game was cheating or mocking me. This is partly due to its art style, which has soft and child-like characteristics with touches of satire (a “Faceblox” website, where all the different types of block you encounter are cataloged with phony status-updates). There is also more than a hint of steampunk here and there, which distinguishes it from a plethora of other aesthetic nonentities. It is visually pleasing, and this is relaxing. Furthermore the music is semi-hypnotic, though not all the tracks are equally as enticing. Unfortunately for new players, the music in the first few levels is aggravatingly circular. Get past that and you are in for a good time!

So overall, I’m a fan of Tetrobot & Co. There is nothing drastically new here, just a well-done example of a genre that is more and more being confined to the realm of the app. It’s not the type of game you play all in one go, nor is it the type of game you can’t stop playing until you get to the end. It’s the kind of game you decide one evening to chip away at a little bit and then suddenly wonder where all the time has gone.

Tetrobot & Co. is available on PC, PS4, Xbox One and Wii U. We reviewed the Xbox One version.