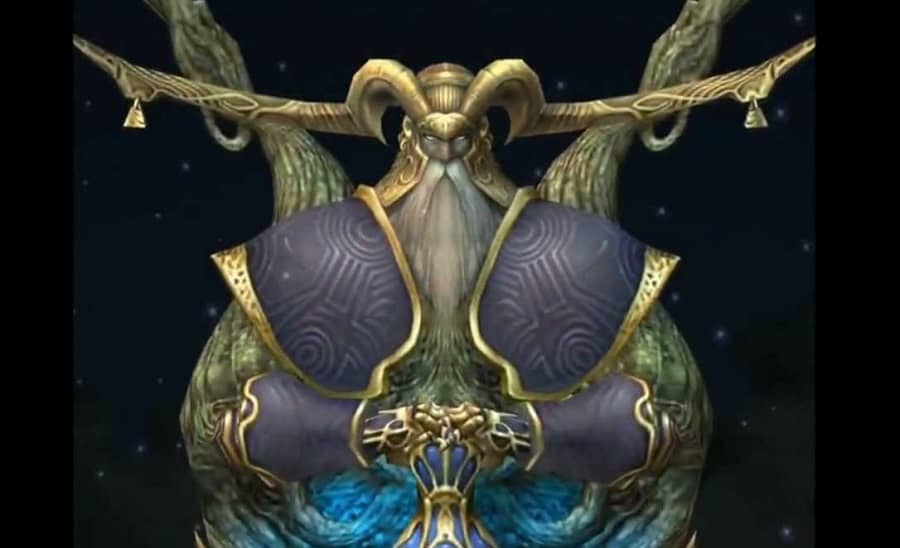 Two supercharged gems/rocks are hurled into the sky from a throne-like device. Once they reach the upper atmosphere, they turn into gigantic meteor sized objects, which slowly descend on the enemy, ripping apart clouds and burning up through the atmosphere. 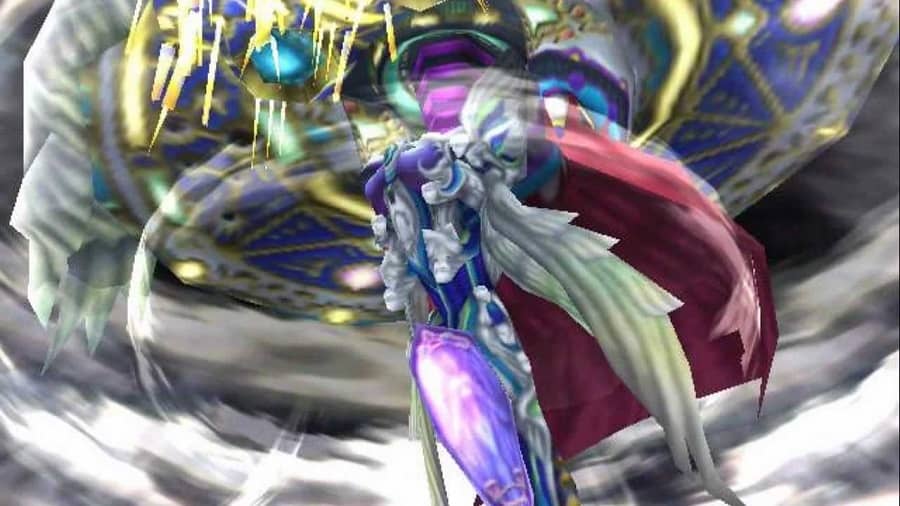 Believed to be Garden related, Eden is a strange being. She warps space and time to blast enemies with a giant laser into a nearby galaxy, distorting them and slamming them back down onto the ground.

The summon was limited by the graphical technologies at the time, but still amazing to watch, and a great concept in itself.