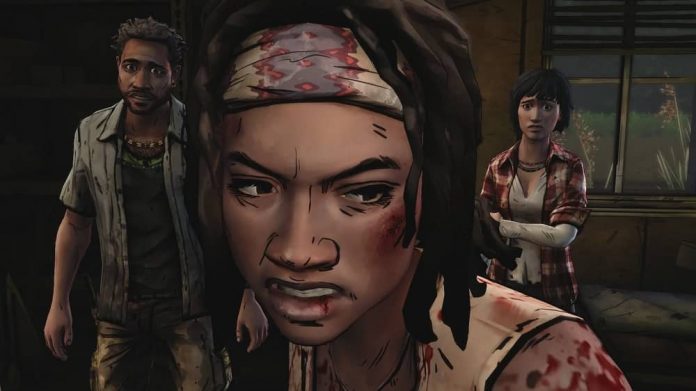 The second episode of The Walking Dead: Michonne mini-series continues to blow its fans, including me, out of the water.

Telltale currently has quite a busy schedule with Minecraft: Story Mode currently on its fifth episode, Game of Thrones Season Two currently in the works, and The Walking Dead Season Three on its way sometime in 2016. In spite of this, the company still manages to create fantastic, high quality content. Michonne Episode Two – Give No Shelter starts off right where it ended in episode one – with Michonne and a few others in a big heap of trouble.

After only one hour of gameplay in the first episode, players weren’t exactly given time to get really invested into Michonne’s new timeline. With the addition of episode two however, we’re finally able to play through some juicy drama and make a few of the tough choices that we all crave when we play a Telltale game. Give No Shelter also features many more of the improved quick time events that were discussed in our review of the first episode.

Give No Shelter continues to follow Michonne after the events of the first episode where she has found herself trapped in a large community of people that live on boats in the middle of a lake. These people seem to ask a lot of questions without giving any answers themselves. It is up to the player (as Michonne) to decide if this community is bad or good, and who to trust. Michonne has to make many sacrifices and quick decisions throughout this episode and it is, of course, not without a few zombie take-downs. To continue to avoid any spoilers, I will only say that when it comes to tough choices, Telltale really knows how to make players think and agonise over each and every one. 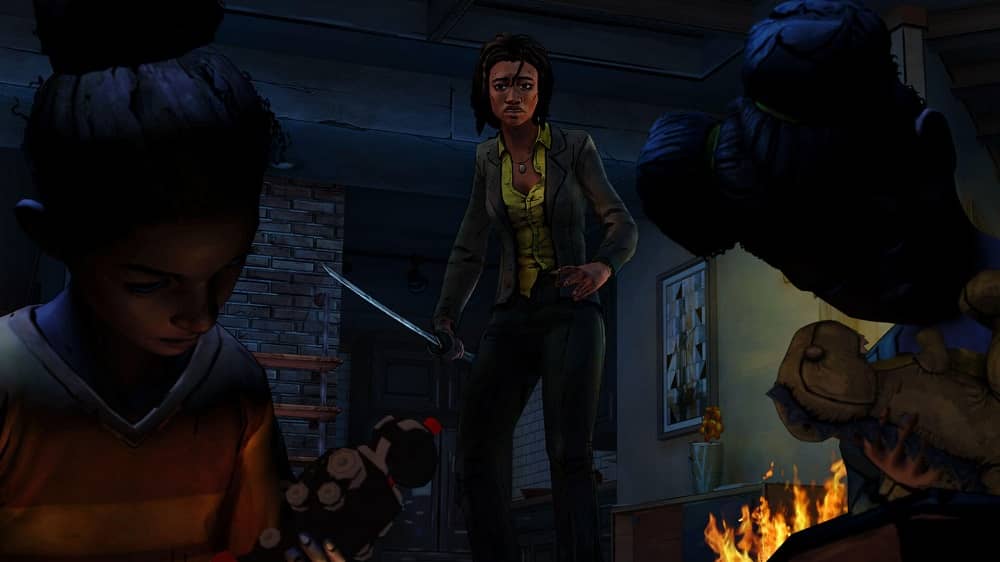 Just as in episode one, the greatly improved quick time events in this mini-series are a breath of fresh air in comparison to other Telltale games where they’ve stayed exactly the same (and quite frankly pretty glitchy) for years. They are especially fluid in this episode, frequently going into slow motion right before being prompted to press a button, really allowing the player to appreciate Michonne’s badass-ness close-up. In this series, Michonne is clad in her recognisable outfit from the comic book – headband, dread locks, tank top and jeans – but her weapon of choice is a machete as opposed to her familiar samurai sword. If I am correct, this is because at this point in Michonne’s timeline, she’s decided to put away her sword and deal with the ghosts from her past. This doesn’t stop her from wielding her machete with intense familiarity during those dramatic fight scenes, though.

Telltale also continues to impress with its selection of songs for the opening of each episode. Give No Shelter’s opening song is the catchy Gun in My Hand by American rock band Dorothy. With lyrics like, “Was it for redemption? Was it for revenge?” Dorothy manages to create an empowering and thoughtful image of personal struggles that fit all too well with Michonne’s tale.

The scenery for this episode was also particularly impressive. As Michonne continues to struggle with her ghosts she often has to deal with flashbacks, giving the player glimpses into her old life. In these flashbacks, Michonne wears a pant suit covered in blood and is searching for her daughters while the world outside is in ruins and burning. The setting of this episode, apart from the flashbacks, includes Munroe, the town made almost entirely of boats, as well as a large mansion which is home to Sam – one of the characters who becomes much more prominent in this episode. 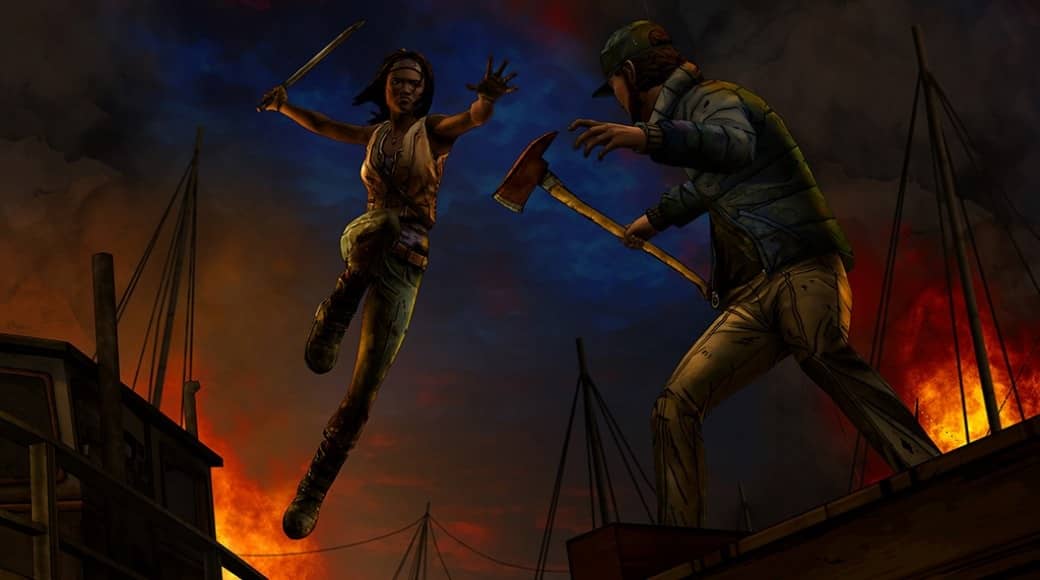 As Michonne’s story continues, it is easy to see how much thought the writers put into this portion of her storyline. Despite this being a brand new story not directly related to The Walking Dead comic books, Telltale does a fantastic job of making it fit realistically among the rest of The Walking Dead lore. Give No Shelter is exactly what the doctor ordered in terms of  finally getting the player truly invested what this mini-series has to offer. Episode three’s release date has not yet been announced but I know that I, and maybe others, will be waiting with bated breath to see how the story plays out in the end.

Players who love Michonne, or who love any action game with the right amount of drama and zombie killing, can pick up the season pass in order to get access to the first two episodes and the third upon its release. 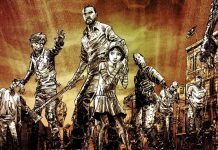 The Walking Dead: The Telltale Definitive Series is Now Available to Preorder 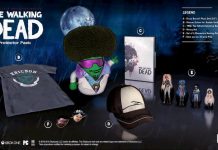