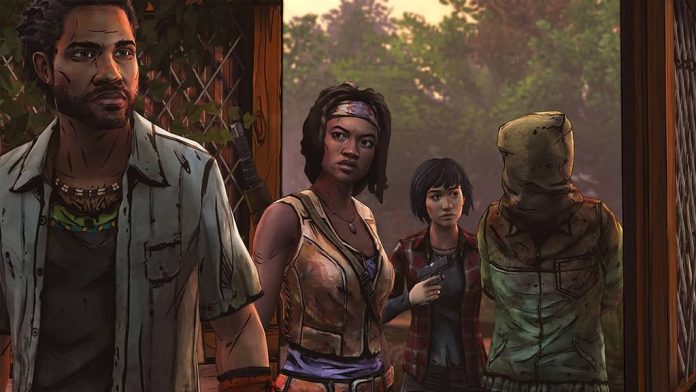 The finale of Telltale’s The Walking Dead: Michonne mini-series has arrived, and boy does it feel like it got here fast.

With the first episode’s release on 23 February of this year we consistently received one episode a month for three months. But all good things have to come to end and this series concludes on a satisfying yet sombre note. As Michonne’s story comes to a close, we finally learn everything that happened during her time away from Rick Grimes’ group and how she managed to deal with the ghosts from her past once and for all.

The Walking Dead: Michonne – Episode 3 – “What We Deserve” picks up almost immediately where episode two left off, with the exception of a short flashback at the beginning of the episode which shows Michonne aboard a ship among the crew who took her in at the beginning of the series. This short interlude allows us a glimpse into what the crew was like before all the drama in episodes one and two. Seeing the four men and Michonne happy begs the question, “Does happiness last in this world?” The rest of episode three seems to answer just this.

Michonne has a lot to deal with in this episode as she tries to protect her group from the incoming hostiles from Munroe – the city built in the middle of a lake from episodes 1 and 2. Meanwhile, she continues to have flashbacks about what happened to her daughters, often causing her to lose grip with reality. The way that Telltale brings this all together, almost blinking the player in-between these two worlds, was really impressive and is, I feel, one of the best things they’ve ever done in terms of creative choices. During some of these parts you’re given free reign to walk around, occasionally seeing glimpses of Michonne’s daughters, their faces black with no emotion to them at all. These are truly the most haunting parts of the episode. 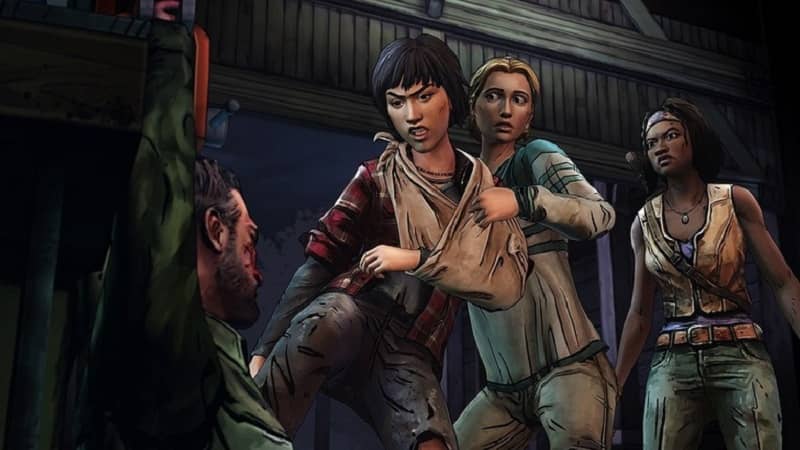 The most intriguing part of What We Deserve is the flashbacks. During episodes one and two we got short peeks, but episode 3 is really where these stick out. One of the flashbacks reminded me of a classic Silent Hill trope where the player walks down a long hall towards Michonne’s daughters, but the hall just grows longer and longer, leaving the player unable to reach them. For me, the flashbacks were emotionally exhausting and on more than one occasion I found myself begging the two little girls to talk to me rather than standing just out of view looking like the two twins from The Shining.

Telltale also continues to impress with its improved quick time events and combat. One firefight was particularly well done and gave the player the opportunity to experience Michonne’s skills with firearms as well as her machete. The combat is fast paced and really gives the player a feeling of desperation. As expected, these scenes were riddled with some common Telltale glitches where the screen will freeze for a few seconds at a time in the middle of combat. This happened four or five times, but I wouldn’t say that it really hindered my enjoyment of the episode; I was too focused on hitting the correct buttons within the allotted time to care about a few glitches. 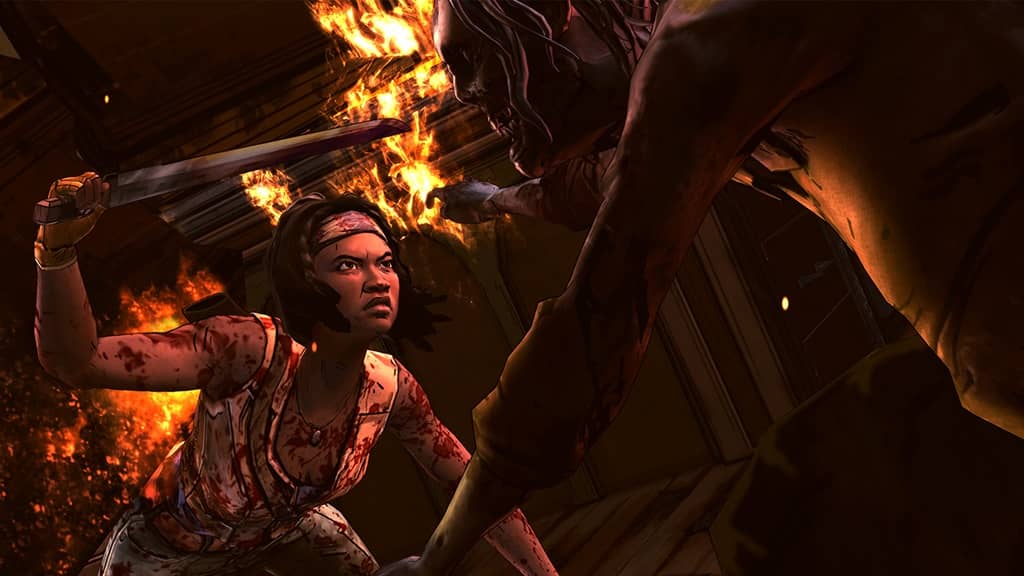 The Walking Dead: Michonne – Episode 3 – “What We Deserve” is a fantastic close to this mini-series and is just what the doctor ordered to hold us over until The Walking Dead: Season 3 later this year. Looking at the mini-series as a whole, I believe that Telltale has done a remarkable job of telling a totally new Michonne story without conflicting with any of the details from the comic book. In Too Deep, Give No Shelter, and What We Deserve are great examples of what Telltale can do when their team is at their best, and we didn’t even have to wait unpredictable long months between them. Their ability to tell emotional, dramatic, and heartwarming stories is unparalleled and I can’t wait to see what they have up their sleeves next.

The Walking Dead: Michonne – Episode 3: What We Deserve is available on PC, PS4 and Xbox One. We reviewed the PC version.