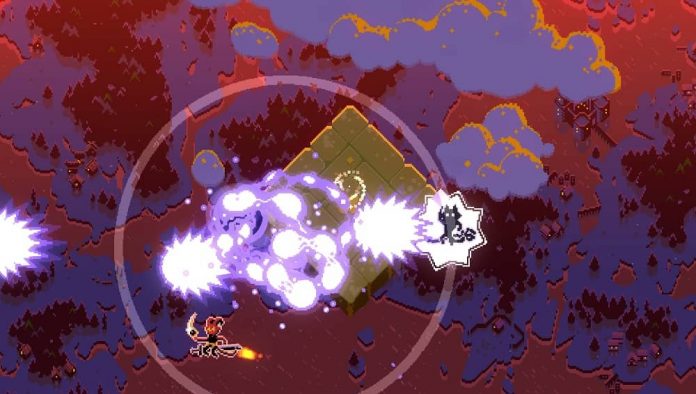 In a world of witches, wizards, demons and the like, there’s really only one option for entertainment, and that’s soccer on broomsticks.

Basically, Quidditch. But this version is much more fast-paced and encourages you to brutally murder your opponents in different creative ways. Wand Wars by Moonradish is an interesting take on the multiplayer arcade genre where you can play the story to hone your own skills or play local versus with CPU or, ideally, with your friends.

Wand Wars is a pixel art arcade game where your characters ride around on broomsticks and use their wands to shoot a ball at their opponent. It feels a lot like soccer but there are no goals, unless you consider your goal to be your opponent’s face. There are tons of different unlockable characters and powerups that make the game continuously fun to play.

At its core, Wand Wars’ gameplay is very sharp and pleasantly fluid. Its graphics have the classic pixel art look to them and that is really what caught my eye most. The bright colors and the animation really set it apart from other indie pixel art games out there. The animation of the characters is cute and charming featuring Gregory the apprentice, clad in a scarf that covers up the majority of his face, and Pancake the cat-witch whose vocabulary features what you might imagine, lots of meows.

The gameplay for Wand Wars is also very easy to learn which makes it even more inviting for all kinds of gamers. Your main goal, as mentioned, is to hit your opponent with a energy ball to knock them out of the round. You can do this by holding the ball in front of you and using the arrow keys (or an analogue stick if you’re using a controller) to choose which direction you’d like the arrow to go. Once you’ve held the ball, it morphs to your color and as long as it stays your color, it can no longer kill you if it touches you. The same goes for your opponent. Aiming the ball is a lot more difficult than it sounds, because you can only hold onto it for a few seconds before it goes flying off again. You can also use arrows to stun your opponents for a few seconds or to slow the ball to a sluggish crawl, giving you a brief advantage. These mechanics give a lot of immediacy and frantic-ness to the game, making it perfect for quick-paced multiplayer rounds. 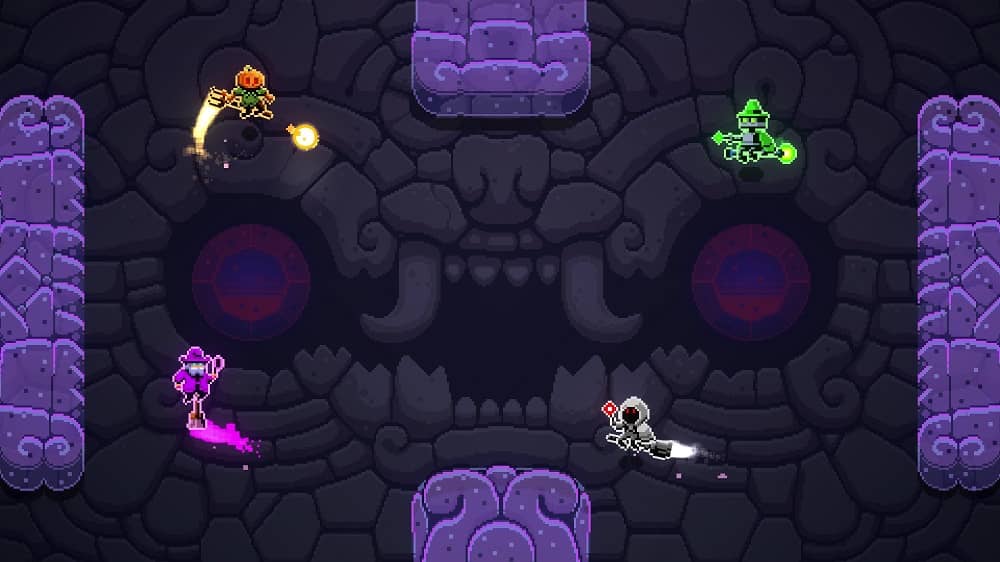 Unfortunately the story mode of Wand Wars is a bit of a let down. It plays a lot like the classic fighting arcade games Mortal Kombat and Street Fighter where the further you go up the ladder the harder your enemies become, but the story really stops there. Save for a few lines of dialogue at the beginning of each level, there really isn’t much in terms of actual story. I would’ve loved even a little bit of backstory on Pancake the cat-witch and her relationship with Gregory the apprentice. Why are they all fighting each other? Is this an annual thing? Is it just something they do on the weekends? Simply anything to clue me in to what’s going on in this world would’ve been the frosting on an otherwise flawless cake.

The versus mode is really where the meat of Wand Wars is. It’s absolutely fine to play solo against the computer, but the frantic nature of the game really shines when you’re playing against real people. When there’s four people on the smallish levels, things can get very confusing and hectic. Especially considering at any moment someone could grab a power up and blow all of their opponents to smithereens. Playing with friends could lead to some serious mean competition!

So Wand Wars may not be the perfect game for playing by yourself, but if you grab a couple of your muggles – I mean, friends – to play along with you, there’s plenty of fun to be had. With the impressive graphics along with the moving mechanics,the fun techno soundtrack, and the super quick matches that make it easy to pick up and play, Wand Wars really has a lot going for it. Perhaps with a few additions to make the story mode interesting, it could be a real diamond in the rough. Pick up Wand Wars if you’re looking for a fast-paced multiplayer game to play with your friends over a few mugs of butterbeer… er, soda.

Wand Wars is available on PC.