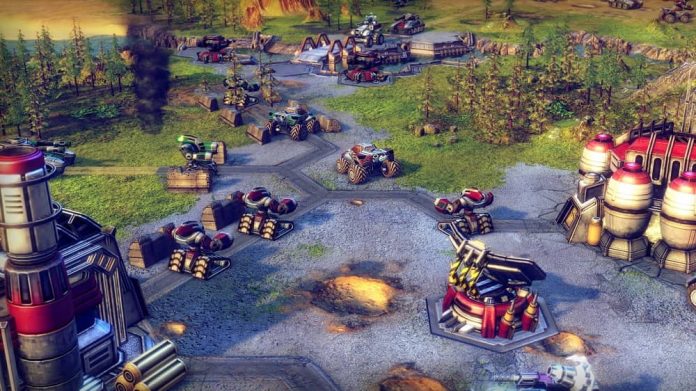 Battle Worlds: Kronos was crowdfunded and delivered exactly what it promised: a turn-based strategy game focused on troop movement akin to some classics of old. For strategy stalwarts, there’s a lot to like, but the rest of us may be left desperate for more action.

It has been 200 years since the last year of succession and it is about time we had a new war – or at least that’s the thinking of many of the factions in Battle Worlds: Kronos. The story of the game is pretty straightforward but it’s interesting enough to keep you playing. I would associate it to something like the old Dune games; it’s more serious than Command and Conquer but very over-dramatic. There is a fair bit of world building, adding more depth to the world you inhabit – it’s not exactly going to to knock your socks-off, but it breaks up the gameplay. There are a few cut scenes to explain the game’s premise, and although they were decent-looking the framerate dropped heavily for me during them. Other than these cutscenes, narrative is also delivered through little dialogue trees that pop up in combat when you reach objectives. I really enjoyed these; they were well-written and insightful, and made the game seem much more personable.

The first port of call when starting with Battle Worlds: Kronos will likely be the campaign mode, which establishes the main focus of the story between the “House of Telit” and “Yerla Inc.”. The tutorial builds up slowly, allowing you to understand the importance of troop types, their strengths and weaknesses and their upgrades. Each unit can carry out two actions, but for some units one of those actions has to be a specific type, be it movement or attacking. This leads to some units being more adaptable to certain situations. The first mission then calls you to take out a portion of the units forces using the limited knowledge you have.

“I’m pretty clever,” I thought, as I started playing. However, it didn’t take long before I realised the only thing I’m pretty clever at is getting my forces wiped out and having to replay the mission. Battle Worlds: Kronos is hard and unforgiving, and relies on you having a good handle on your tactics. Each individual action has to be precisely thought out and placed – but in a strategy game, that’s exactly what you want. It adds drama and tension to a fight that is really in your hands and can go pear-shaped at any moment. 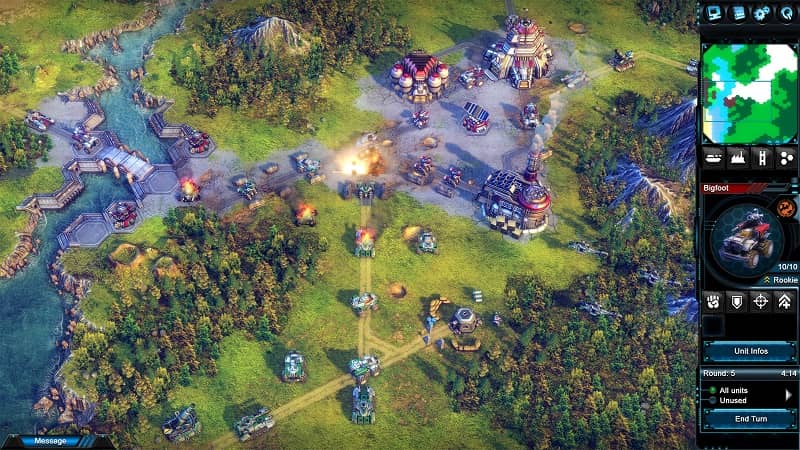 Alongside the main story/campaign, there’s also another mode to play through, in the form of challenge maps. These additional maps task you with reaching a number of set objectives, different from those you face in the main campaign. The objectives handed to you aren’t amazing, but they at least give you different aims to reach and let you play harder. A major downside is that there is no multiplayer of any sort on the PS4 version of Battle Worlds: Kronos. It is something that would really add to this game but hasn’t been implemented, unlike in the PC version of the game. Hopefully King Art games will look to add it in the future.

Battle Worlds: Kronos‘ graphics have a certain hue to them that somehow gives the game a very distinct 1990’s feel, while still keeping that modern edge. I don’t know how they did that but I love it. The vehicles all have a distinguished style too, making them stand out; most notably the Reliant Robin-esque explorer unit. There are two minor points to this style though. Firstly the units aren’t that original looking; they are unique enough to be stand out, but I wouldn’t say they were awe-inspired in any way. Secondly, sometimes it is very hard to identify your units against the background – it’s a pain, but at least can be rectified by shifting through your available units and highlighting them.

The music of Battle Worlds: Kronos is simply awesome. I mean that in the classic sense; every track sounds grand and inspiring. The classical ensembles feel like John Williams has personally escorted you on your mission and is with you to blow the enemy to bits with nothing but sheer musical brilliance. 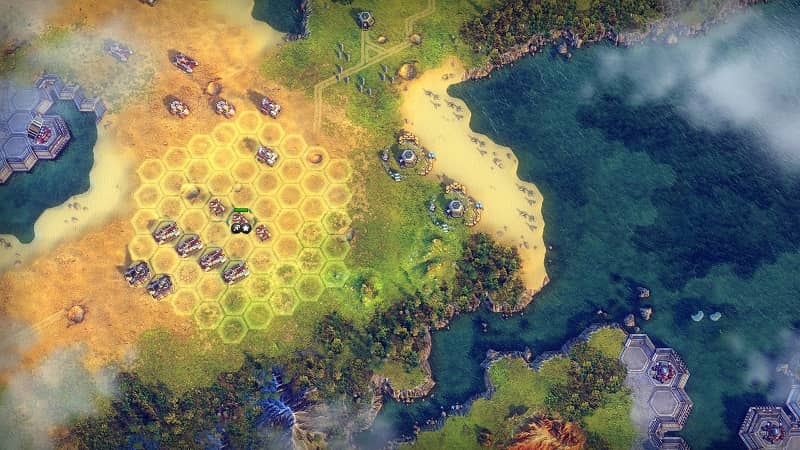 For me, the biggest problem with Battle Worlds: Kronos is the speed of the game. I understand this is largely down to personal taste, but I found the game far too slow. I enjoy the planning and plotting of tactical turn-based strategy, but having to individually move 15 units from one place to the other gets tedious pretty quickly. I do understand the purpose of this is so you scout out your opposition and then set yourself out accordingly, but it takes a lot of patience – which I don’t have. While I do enjoy the battles themselves, the movement and pre-battle was just numbingly boring for me.

Battle Worlds: Kronos is a game all about tactical unit distribution and the art of patience and preparation. Unfortunately, I have neither the art of preparation nor the virtue of patience. If you do have the aptitude required for a classic unit-based strategy game though, then definitely give Battle Worlds: Kronos a go. It’s certainly not for everyone, but it’s a well-polished package that has plenty to offer for fans of old school turn-based strategy.

Battle Worlds: Kronos is available on PC and PS4. We reviewed the PS4 version.