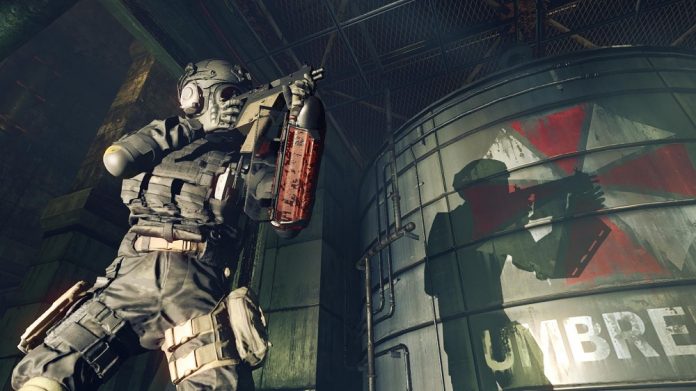 It’s been almost four years since we’ve had a new Resident Evil game. Whilst Resident Evil 6 was met with general disdain, it was still Resi; we still played it in droves. Resident Evil 7 has been hinted at for a long time, but nothing solid has been announced as of yet. To fill the void however, Capcom are releasing Umbrella Corps; a competitive multiplayer shooter set in the world of Resident Evil.

Wait… a competitive shooter? That’s not Resi! No, it’s not – and Umbrella Corps isn’t trying to be. The focus here is entirely on action – a direction that the last few games of the franchise have been going in lieu of the sole horror focus of the earlier entries into the series. Whilst it may not satiate the itch of horror fans, it does perhaps give us a glimmer of hope that the next true Resident Evil title may focus more on the survival horror elements that fans have been craving. Umbrella Corps could be the action outlet for the franchise, leaving Resident Evil free to reconnect with its true horror legacy.

Capcom are focusing on the e-sports market with Umbrella Corps, marketing the game towards large competition and a team-based multiplayer experience. You can make the game your own though; with fully customisable characters and a wealth of unique battle systems at hand, the game gives you all the tools you need to dive in, ready to face an onslaught of Resident Evil-themed enemies. There’s eight game modes altogether, giving plenty to get your teeth into, from One-Life matches, DNA hunter – which sees you kill zombies and collect their DNA – to the more familiar team deathmatch mode. 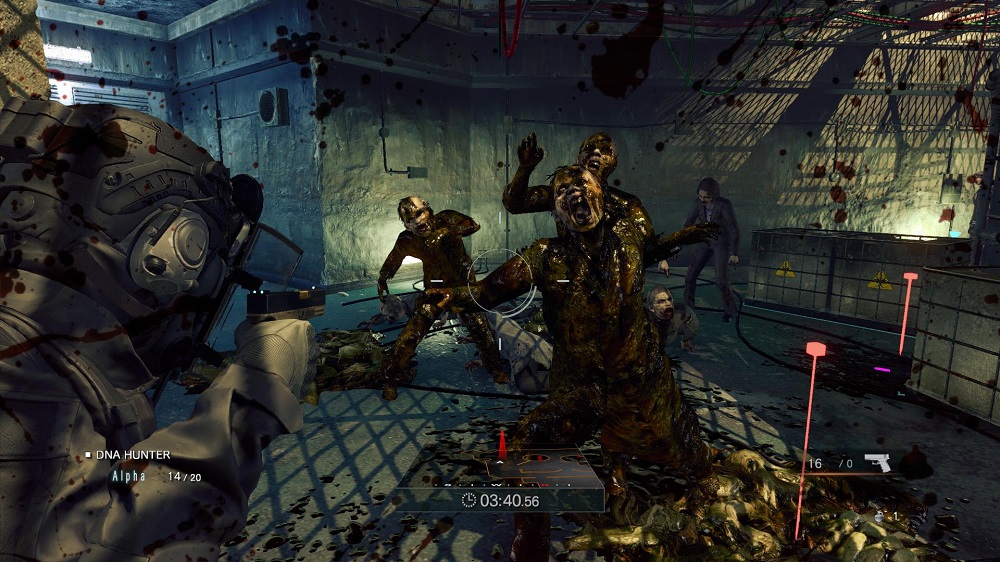 Umbrella Corps features a number of new and familiar locations – some have been created especially for the game, whilst others are newly designed versions of locations Resident Evil fans will instantly recognise, including a brand new reimagining of Raccoon City, Kijuju, the desert village setting from Resident Evil 5 and the Antarctic base featured in Resident Evil – Code: Veronica. Each map is carefully designed to offer opportunities for differing playstyles; some feature plenty of ducts and corridors that suit stealthy approaches whilst others are more open, lending themselves better to high-octane battles.

There’s a wealth of unique weapons to use too, from the “Brainer” that can be used to take down zombies with one lethal blow to their spinal cord, and the “Zombie Jammer” that emits an electromagnetic pulse to confuse the hell out of your zombie foes. Umbrella Corps also features a clever analogue cover system, giving you greater control over staying in cover yet still being able to fire accurate shots.

It’s safe to say that Umbrella Corps will be a far cry from the horror of the Resident Evil series, but for those itching for a taste of the Resi universe, the familiar enemies and settings may be enough to whet your appetite. And for those who love to get down and dirty in a multiplayer action shooter, then the package that Umbrella Corps offers sounds like it could be rather promising.

Umbrella Corps is set to be released on PC and PS4 on 21 June. Those who preorder will receive a “Fashion Victim Pack”, with unique customisation options for your character and weapons.