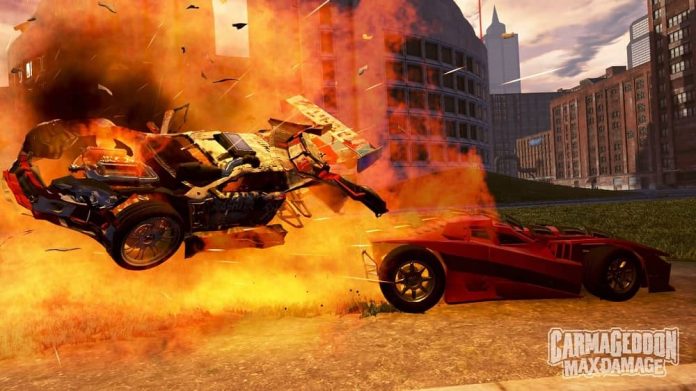 Carmageddon: Max Damage, the new generation follow-up to the ultra-violent series that started in 1997 is coming to Xbox One and PS4 this summer. Originally slated to release on 3 June, console owners will now have to wait until 8 July to get behind the wheel and release some road rage.

To soften the blow of another month’s waiting time, developer Sold Out has announced that some pre-order bonuses will be available for those wanting to secure their copy ahead of its release. Anybody pre-ordering the title from today onwards will receive two extra playable cars (the “Tez Eagle” and “Iron Hawk”) each with two additional skins, and an exclusive digital comic download entitled “Where Eagles Die”.

Carmageddon: Max Damage is a follow-up to last year’s PC-only Kickstarted reboot entitled Carmageddon: Reincarnation. A racing game with plenty of blood and gore, it’s certainly not one for the faint of heart, with the original 1997 release being banned or heavily censored in many countries (including the UK for a year!).