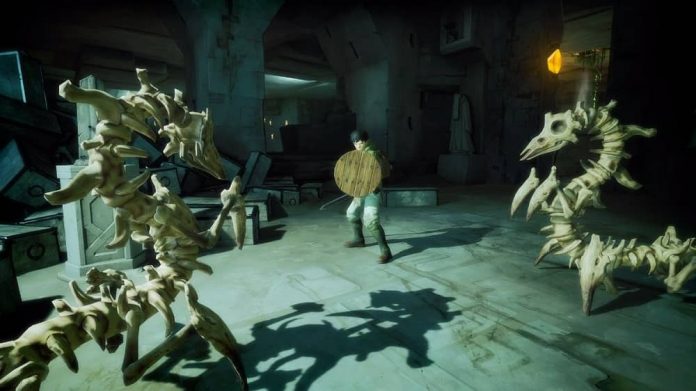 I don’t know about you, but when I think VR, I think first-person.

With the headset on and the audio cranked up, there’s no better way than enabling you to see the world through the eyes of the protagonist to get you truly immersed in the action. That’s why then, after an absorbing introduction that is indeed played out in a first-person viewpoint, I was initially disappointed with Chronos, an action RPG developed by Gunfire Games.

You see, when Chronos truly starts, with your male or female protagonist being washed up in a cove, you realise that it’s actually played in third-person, with you being more like a voyeuristic puppeteer in the whole affair than the star. Thankfully though, as you begin to get used to your head effectively “possessing” fixed cameras, the disappointment begins to wane; partly because Chronos is a bloody good game, and partly because it proves to people like me that VR doesn’t need games to be in first-person to feel like the platform adds value.

Making my way out of the cove I mentioned earlier, I didn’t know what to make of Chronos. There was a stark contrast between the primitive attire and weapons of my adventurer and the modern surroundings I found myself in that had me intrigued, but not quite convinced. After a little bit of exploration and some simple tinkering with a couple of computers however, Chronos’ true nature showed its colours. With a strange glowing rock called a Dragon Stone springing into life as a result of my actions, my real journey was about to begin. All I had to do was interact with the mysterious stone to be transported to a picturesque yet hostile world full of action, puzzles and adventure. 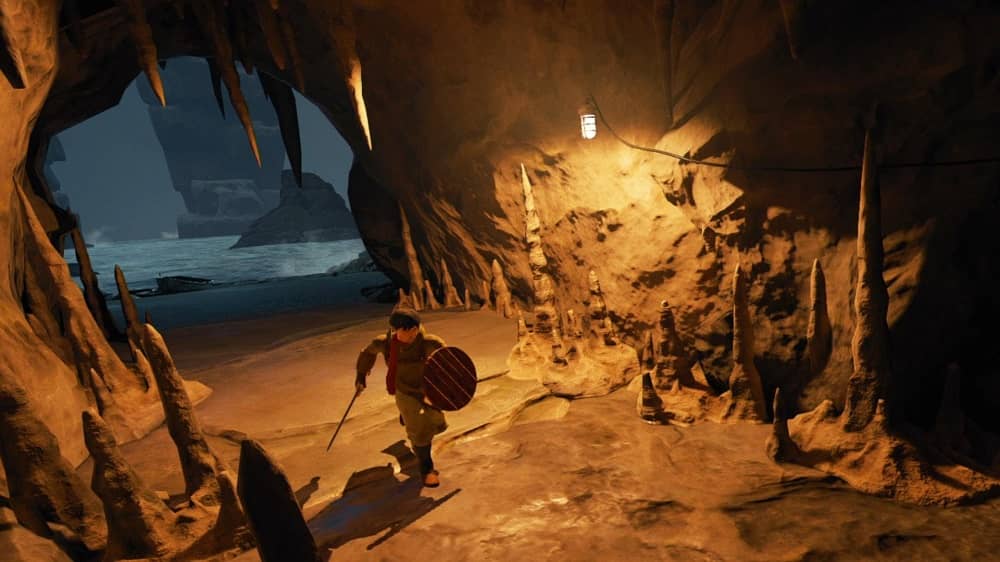 In many ways Chronos feels like an adventure game that’s 10 years late to the party, yet it’s because of that why it’s actually very endearing and serves perfectly as an introduction to the world of VR gaming. Its fixed camera angles for example, give it the cinematic presentation of an early Resident Evil game and also alleviate you of the responsibility of manipulating the camera yourself; a task which would be very unsettling in VR. The slow-paced combat which usually has you fighting enemies one-on-one, and at most three-on-one, doesn’t overface you with a wide variety of moves or complex systems. There’s also a large emphasis placed on puzzles; a mixture of the old “find object A and use it in place B” variety as well as some real brain teasers that could have you stuck for hours. It all comes together to create an experience that is essentially old fashioned, yet fresh when given the added dimension of VR.

Whilst the story encapsulating Chronos lies in the realm of sci-fi, the bulk of the gameplay is pure fantasy. Your aim is to eliminate the dragon that threatens the very safety of your homeland, but to do so, you’ll need to eliminate his protectors to even stand a chance. With that premise it’s unsurprising that you’ll visit environments such as castles, forests and temples on your travels, but luckily they are so well designed and wonderfully detailed that they never feel overly generic. Chronos’ use of audio, or lack of, also strangely adds to the atmosphere of the locales you visit. With no background music to speak of, all you’re left to listen to is the ambient noise of your surroundings and the enemies within, somehow making the experience more immersive and believable; your isolation more tangible.

Chronos’ combat also adds to this sense of believability by having a grand sense of laboriousness about it. Every swing feels like a true exertion of power, resulting in a satisfying impact as your chosen weapon meets a resolute defence or soft flesh. There’s a great flow to battles too, with you having to take your time and gauge your enemies’ attacks before jumping at an opportunity to get some blows in. In fact, the combat is very reminiscent of games like Dark Souls, rewarding patience and skill whilst admonishing those that run in, weapons flailing. The only thing that didn’t agree with me with regards to combat is that death is pretty much inevitable eventually, thanks to the game’s very strange health restoration system. Basically, you can only heal by consuming the essence of a dragon heart, which are rarely found on your travels and can only be replenished by dying. It doesn’t cause a massive amount of frustration, but it can be irritating at times when you’ve battled through a huge chunk of the game only to encounter a boss and have slim prospects of survival because you’ve only got a sliver of health and none of your paltry number of dragon hearts left. 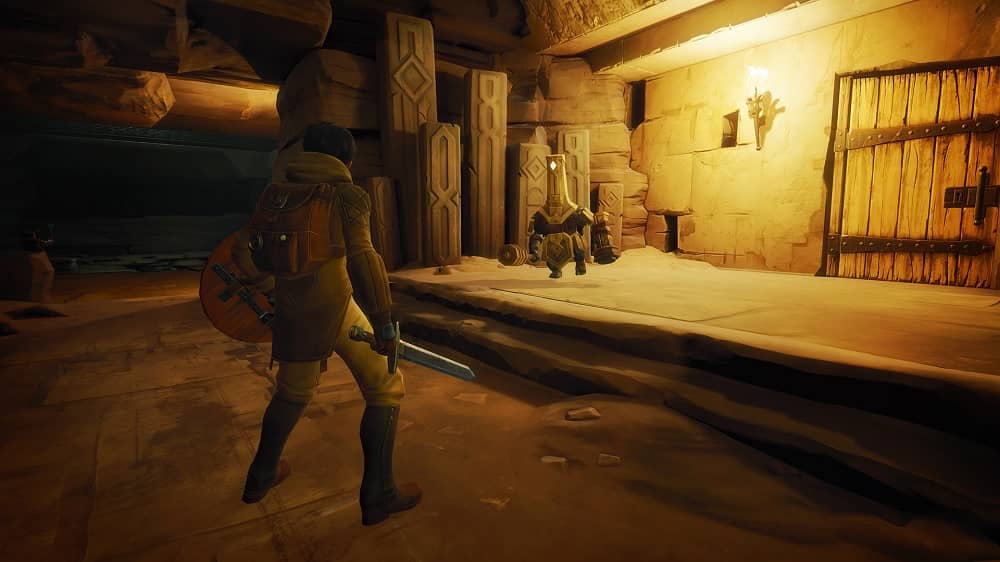 The restriction on your ability to heal however, is very intentional, as it directly powers Chronos’ unique feature; your character ages when they die. Starting at the age of 18, every time you meet your demise you are re-spawned at your last visited Dragon Stone (which also act as fast travel points) another year older and wiser. It’s not just a cosmetic effect either, as when you are younger it’s easier to upgrade physical traits such as strength and vitality upon levelling up, but as you get older and your physical strength begins to wane, your arcane ability becomes more prominent and easier to develop. You also gain traits as you reach certain age milestones, further allowing you to customise your character and boost their powers as you see fit. All in all, it’s a novel concept that gives Chronos a great sense of individuality, although to be honest it doesn’t have a profound effect on the gameplay.

Providing a lengthy, engaging and rewarding challenge, it’s safe to say that Chronos is one of the best VR experiences I’ve had. It doesn’t really do anything that necessitates the VR hardware requirement in any way; the game would work just fine played like any other standard adventure game on the PC, but it uses the format well to complement its slow-paced gameplay and immerse you in the action. In fact, it does a great job in demonstrating that the VR can be used to enhance traditional titles with a little care and attention. If you’re lucky enough to be in the possession of one of Oculus’ grand creations and are looking for a game that you can really sink your teeth into, look no further; Chronos is what you need.

Chronos is available on PC exclusive to the Oculus Store.