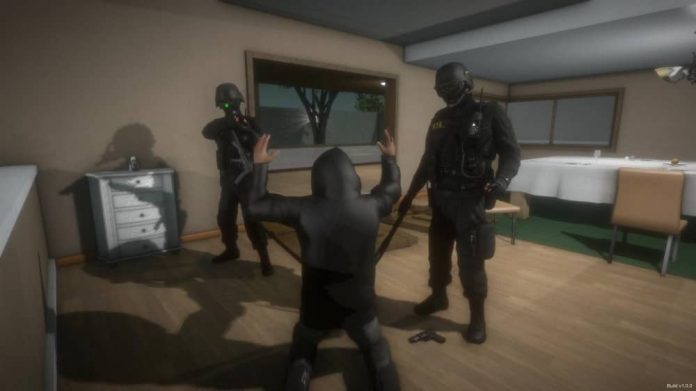 My experience with CTU: Counter Terrorism Unit is a strange mixture that includes brief moments of promise and a glimpse of what could have been, and the sobering realisation of what it actually is.

Having fond memories of early 2000s gaming with games like Rainbow Six and playing online with friends in a coordinated manner, I came into CTU with high hopes. I was looking forward to re-living some of my early gaming days of cooperative, tactical FPS play with a low tolerance for mistakes or running and gunning, and thought I was peering into a game that would resonate with the R6 and Ghost Recon crowd of the previous decade. Unfortunately, I’ve been dealt another B-experience which I can mostly forget about, despite having a few moments throughout that teased its potential, and for what I would very much enjoy in our present generation of arcade twitch shooters.

CTU is, at its core, a Swat 4 clone. There have been similar attempts made by small studios in recent years such as Takedown: Red Sabre, to capture the interest of the gaming population that yearns for the cooperative and high-risk/high-reward gameplay of similar shooters such as Swat, Ghost Recon, and Rainbow Six. None of these attempts have come close to capturing the high-tension, team-based gameplay of early titles in the franchises mentioned, but there is a recognition that the market is interested in having something to contrast against the likes of what has already become an overly large selection of unrealistic and arcade-style FPS games.

You start off lone wolf, where it’s best to complete the training missions to understand the key mechanics in play for future missions. Simply put, you wipe the map clean of enemies, and you restrain civilians along the way. You have the option of restraining suspects by commanding them to drop their weapon, but you run the risk of them not complying and opening fire on you. These moments are quite unique in the sense that the speed of the enemies’ animations and their accuracy means that you have a split-second to make the decision of whether the suspect is complying, or about to open fire. In a game where you can’t always take more than one or two bullets, these decisions have to be made swiftly, as any enemy encounter can easily be your last. 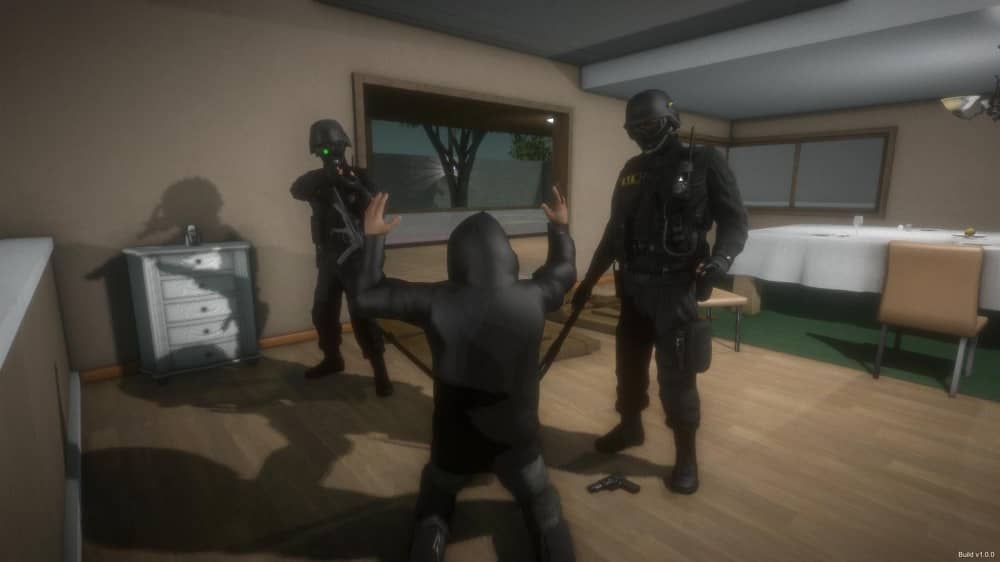 Once you’ve restrained all of the level’s civilians and eliminated/apprehended all suspects, the mission ends. You have the option to collect evidence to accumulate greater mission cash rewards, but you won’t find yourself hurting for money anytime soon; not that the game gives you the opportunity to do much with it either. With only four main missions in the single player mode, the game is easily finished within 30 minutes depending on whether you play aggressive and kill all the suspects, or attempt to arrest them. You’re also required to report on every outcome that follows an enemy/civilian engagement. After restraining an enemy/civilian, or after taking down an enemy, you’re required to report that incident for it to count towards your mission completion. It’s a nice little touch which you don’t see in these sorts of games, and its inclusion makes sense when you stop to think about it. It also means however that if you forget to report a dead enemy, and you’ve just spent the last 5-10 minutes killing another dozen, it’s a long walk around the level once more to find the one you didn’t report into HQ.

The gameplay is what you expect from this style of FPS title. Sprinting, iron-sights, leaning, and low accuracy hip-fire are all present. What distinguishes CTU as a stylistic contemporary of earlier games such as Rainbow 6 and Swat 4, is low-speed movement, low accuracy, and one to two shot deaths. Aiming and gunfights are fast-paced, whilst your movement is slow and cumbersome. This is the foundation for this kind of experience, as you have to approach every corner, and every doorway with a clear intention and backup plan. You need to play your angles of approach smartly; your team-mates keeping out of the way of the point-man in case they need to pull back, everything needs to be considered ahead of time, as you won’t have the dexterity nor agility to adapt quickly to a developing situation like you do in modern FPS experiences. What will save your life in a bad situation is a quick trigger finger and eagle-eyed accuracy, not how quickly you can reach the sprint button.

Helping you on your missions are your AI companions should you choose. You have the option of hiring more team members, and you’re able to customise their loadouts as you’re able to do with yours. Weapon selection is kept clean and simple, with long range choices, close range, and silenced approaches welcomed. You won’t find yourself using any gadgets or grenades, since entering a room and being accurate with your bullets means you won’t ever need to rely on them if you play smart, meaning a whole chunk of the game is rendered useless if you have the bare minimum game-playing skills required to aim a gun and fire. The AI is sluggish at times, but nothing that hasn’t been experienced by frustrated gamers in the past with the likes of other AAA team-based games’ AI companions blocking doorways and not letting you through. Enemy AI seems to react sporadically, sometimes reacting to your gunshots and running down the hallway; other times ignoring it completely but recognising when you start to sprint, hearing your footsteps. The AI therefore isn’t very discernible, and seems random at best in terms of its reaction. Their line of sight is also questionable, sometimes recognising you across the map, sometimes not shooting you when you’re at point-blank range. It’s a roll of the dice each time, and the questionable AI is barely given time to play out, because you’ve most likely either told them to get down by this point, or shot them in the head. 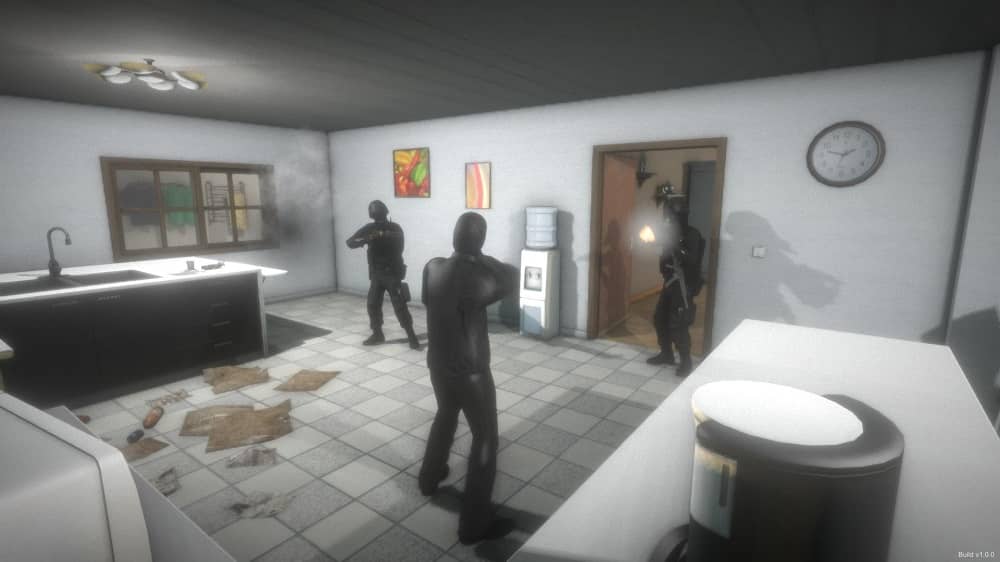 With only a few training missions, four core single-player missions, no option for inverted y-axis on the mouse (a crime in this day and age), no controller support, and mediocre graphical presentation, CTU is severely lacking in terms of level content, and also technical prowess. It’s heartbreaking to see a game that attempts to bring forth a gameplay style that is missed by fans of tactical shooters, and is definitely needed in this generation of FPS games, but fails beyond getting the bare-minimum right. I truly believe there’s a revival coming for this style of game, especially with the current-generation graphics pushing harder than ever for graphical realism, we’ll need realistic gameplay systems to complement these types of approaches. In layman’s terms, you could say that FPS games need a Dark Souls equivalent right now, where your skill as a player and approach to tactical-based movement and engagements are what will ensure success. It’s one of the reasons why Rainbow Six: Siege has been so popular recently, and its the same kind of medium-success CTU could have enjoyed, had it gotten things right. Those low-key games you hear nothing about until everyone on YouTube is raving about what a hidden gem it is? CTU could have been that game for the tactical FPS circle.

What alleviates CTU: Counter Terrorism Unit from being a truly terrible experience however, is the inclusion of a very robust and heavily-featured map editor. Since there are only four single-player missions to choose from, its likely that the meat of the game lies in the multi-player experience. With a map editor that allows you to create missions as complexly detailed and populated as the main single-player experience, it’s likely that the developers either used a similar tool for their main missions, or stripped down their version for a more gamer-friendly design. In any case, playing custom missions with varied enemy layouts is where the best experience lies. I can see the game being slightly more fun with friends, sharing maps with each other and working in coordination to complete challenging and tense missions, without losing a single team-mate in record time.

I wouldn’t know however, as the game’s servers are barren everytime I check. I can’t really review the multi-player aspect of the game, since there’s never anyone playing. I saw a server online once, but they seemed forever remaining in a “mission in-progress” state, and the option for spectating a match in-progress or at least being able to queue up for when the slot becomes available is sorely missing currently.

CTU‘s price is reflective of the experience you’ll have, assuming you’ll be engaging with the map-editor and playing with friends who plan on purchasing the game as well. If you don’t have friends willing to take the leap with you, or you don’t see yourself taking the DIY approach to making yourself more levels to play, then there’s very little reason why you should make this purchase. The developer has updated the game with more props for the level editor, and other features seem likely in the future, but the game is already released without the famous “early access” banner floating on the store page, so the review of the game stands as-is. Even if there were more levels planned in future, and even if the multi-player community got a boost in the arm with a more present and active fan-base, the fact remains the base game is lacking something that Swat 4 and other tactical shooters had. Whatever magic was left lost in the early 2000s, doesn’t resurface here through CTU. You’re still better off buying a used copy of Swat 4.