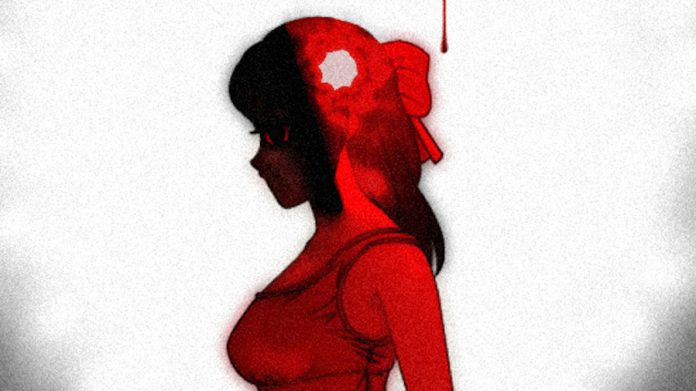 Dear RED – Extended is a game with a great idea. That to truly understand the story you will have to replay all situations and change your decisions to understand the true plot. A great idea it may be, but unfortunately the plot is hugely underwhelming.

Dear RED tasks you as playing as Red (or Ruby) as she approaches a man’s house with the task of killing him. Your control of Red stretches only as far as moving around and then choosing a choice of actions. While this may not seem much it does allow for the game to have various endings.

The main hook for Dear RED is discovering the story elements and backstory to the events of this game. Various endings show you much more about the characters in play than others, and you will have to navigate and replay the game several times before you truly understand the story. When I say “replay”, it simply isn’t an option to stop after your first run-through. The point of this game is to replay and discover more. This is an interesting mechanic that you do not see very often and to have it as the sole focus of this game is intriguing for those of us who love to see how a narrative can be played out within a game.

However, this mechanic is the only thing I found that was successful in Dear RED (excluding the soundtrack). First and foremost, this game is incredibly short. I do not mean a couple of hours short; I mean this will barely scrape an hour even after playing through most of multiple endings. The first ending I achieved was within a minute; I legitimately thought that it was the prologue and was shocked when I was back at the title screen. This is not necessarily a bad thing; the cost of the game reflects the play time (ish) and I wouldn’t want a game to be stretched with filler. Still, I wish there was more to explore; a little bit more to sink my teeth into. If this is an extended edition, I would hate to see a shorter version. 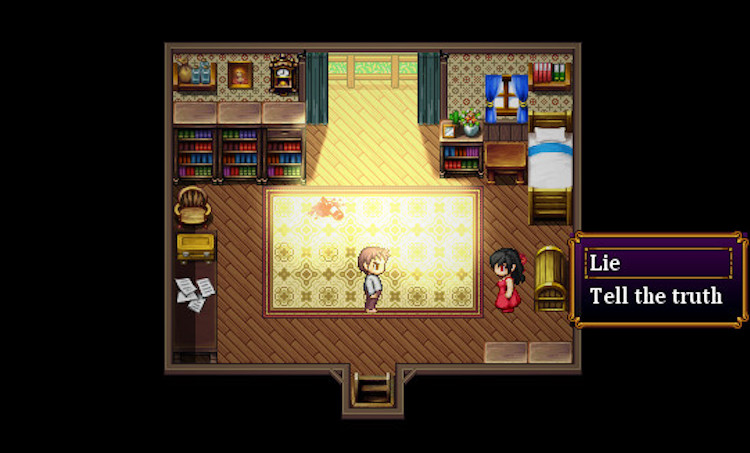 Upon launching Dear RED – Extended, you’ll find it’s stuck in a windowed resolution, which is a strange choice for a modern game. This may not be the worst thing in the world, but it starts of a trend of lack of polish. That and not being able to use your mouse to select on the title screen without explanation. From here on out, the game continues to be an unfulfilling experience.

The aesthetics are simply RPG Maker. I say “simply”, but some of my favourite games that I have completed this year have been made in RPG Maker and they still look outstanding. To the Moon is a brilliant example of a stunning game that has been made in this style. But the one thing that game did was suspend my thought process; I was too busy thinking about the plot points to think about the art style, except when something looked astonishingly good.

This is the major failing of Dear RED: the story just isn’t that interesting. To put it best, the way the story is told is much more interesting than the story itself. For some people that’ll be enough; some people will love trying to eek out the secrets this story had. I will admit I was looking forward to finding these secrets out, but I was left bitterly disappointed. I felt that the revelations in this plot was about as deep as a GCSE-level short story. It was boring and superficial and the kind of story that everyone has heard.

This is emphasised by some of the dialogue, which largely felt unnatural. Some of the sentence structure is very off too; the characters would go to one extreme to the other. It’s all a bit naff. This lack of polish, that I mentioned earlier, just makes what could have been one a cult classic to something that I will be uninstalling immediately. 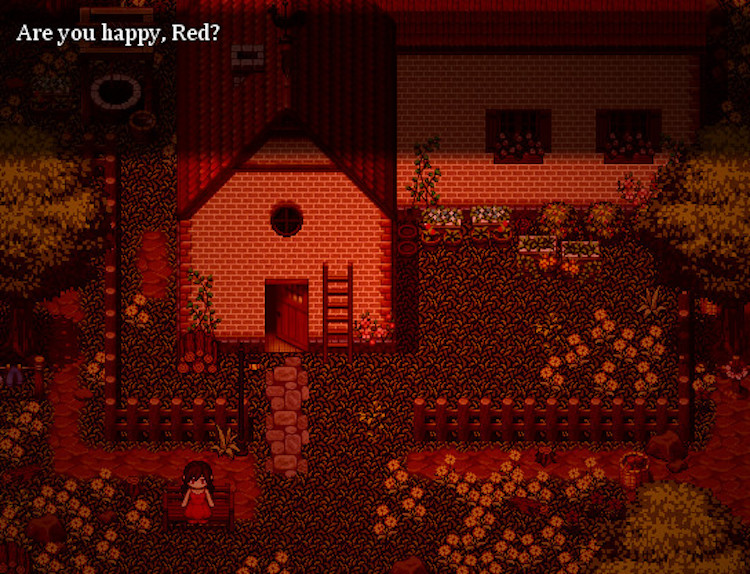 The only saving grace is the music; it’s constantly eerie, unnerving and sets the tone well for this story. I especially recommend listening to the piano piece, which for me was the single best thing about Dear RED.

Dear RED – Extended is a good idea and uses a really cool mechanic that could have a lot of promise. Unfortunately, that mechanic requires a deep and stimulating story, which just isn’t the case here. Had Dear RED been a little more polished with a more immersive narrative, it could have been something really special, but as it stands, I’m sorry to say that I really don’t think I could recommend this game to anyone.