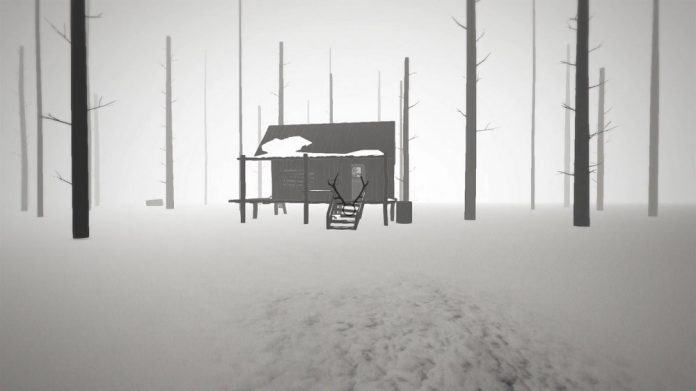 There is an echo of the famous last stanza of Robert Frost’s legendary poem Stopping By Woods On a Snowy Evening in Deer Man; a sense of mystery and wonder and the greater depths of human life.

Sadly, it is only an echo and the game falls drastically short of achieving the breathtaking emotional pathos of the American poet’s lyric. Unlike the majority of games, Deer Man has clearly been created with its message first; it has been put together to tell a story and make a point. It even describes itself as “interactive narrative” and not a “game” as such. Though this is admirable and in many ways it achieves its end of creating a cathartic, narrative experience that delivers an important message, Deer Man sadly forgets that the best pieces of art (like Robert Frost’s poem) make their message heard subtly. They infiltrate our conscious, and while distracting us with scintillating imagery and wordplay, smuggle in an emotional bombshell. Deer Man, despite its successful atmosphere and visuals, is just too “on the nose” to work.

Let’s talk about the atmosphere a moment. Dean Koontz once said that wielding the “warp and weft of mood” was far more important to the success of writing than fancy technique or even narrative structure. Deer Man manages to carry off its atmosphere successfully: the dichromatic white and black landscape, constantly misted and blurred, makes for a compelling visual setting. The trees are like pillars; stretching up with jagged thorn-like branch-stubs all along their trunks and terminating without a crown or canopy. At a basic level this indicates winter but the starkness of the trees also has a sinister aesthetic which creates a feeling of trepidation. Strange, shadowy deer stalk the forest, their eyes a white as though with bleeding souls. Get too close and they flee from your presence.

There are paths through the wood as well as signs, but you’ll have to go a little off the beaten track to find the places of interest: a log-cabin, a woodcutter’s workstation, a graveyard. Each is designed with the same sparse aesthetic which lends it a frightening aspect. Small details make the scene: such as a piece of old antler sticking out from one of the grave-plots. Was an animal buried in a human grave?

As you explore the forest, the narrator talks over, explaining why he has come to the forest. The dialogue is mostly well-conceived at this point in the game and the voice actor does a good job of reading the lines in an understated way; not trying too hard to achieve an unsettling effect. If anything, the dialogue does more to make you enamored of this eerily simple but beautiful world. The music is a triumph; it never lets up and the subtle changes between sections of the game work nicely to underline the tension and tell the story. This is the definition of the subtly which delivers a greater an emotional impact. Arguably, the soundtrack is the most successful aspect of the game. Congratulations to the composer Mahesh Raghvan for the score. You can check out the soundtrack as a standalone item on Steam. It’s almost as if they know. 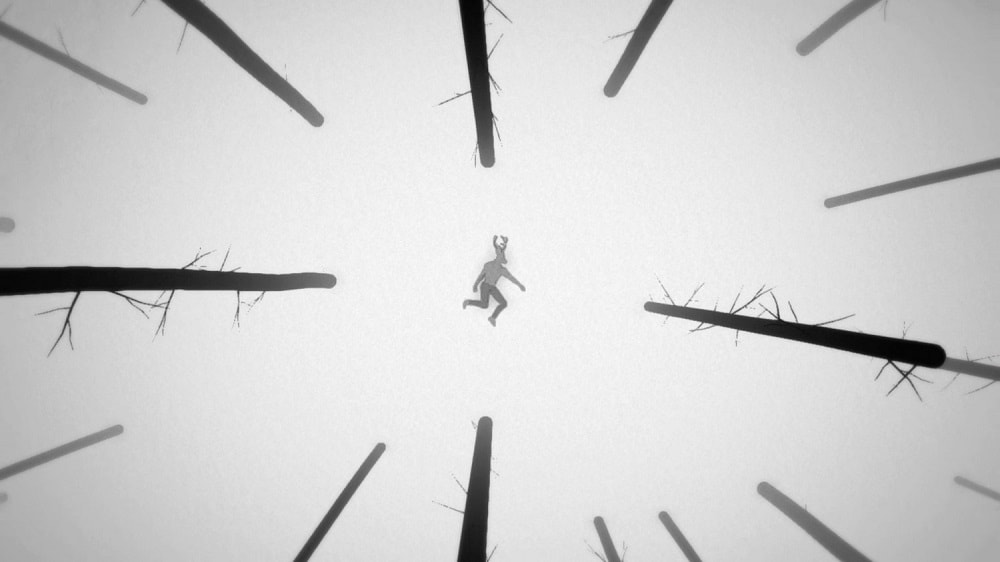 Small things could have made the forest even more engrossing, however. For one, it could have done with being about 5x bigger and without the invisible walls which stop you leaving. It would have been far nicer to simply have had an endless white vista surrounding it in which you could get lost – perhaps with a few secrets to find there. Instead you bump clunkily against the walls and remember, with no small amount of pain, you are in a video-game.

At some point, you encounter the Deer Man, and that’s where the story starts proper. I don’t want to ruin any element of the narrative for you, but suffice to say after a short but exciting section the game quickly goes downhill. The narrative becomes expository and banal. The mysteries are solved as soon as they are discovered, leaving the player with no sense of suspense or intrigue. The emotional climax of the story falls completely flat due to a script which is unable to leave tragedy to the imagination where it can have greatest impact. Furthermore, there are no choices to be made in this game at any point – so you are acting out a predetermined story rather than really having an “interactive” experience. The game not only needed maps 5x bigger but a storyline that was 9x longer. A lot of work went into the atmosphere of the game and yet we get hardly any time to enjoy it. 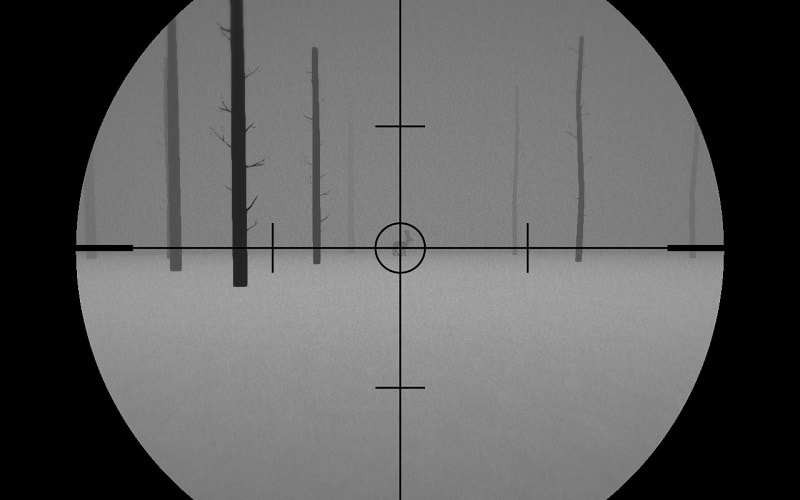 In terms of replayability, about the only thing to go back for is the collectible deer-antlers scattered around the map (a Steam achievement for collecting all twenty). To be fair, Deer Man is not marketed as a replayable game; it is marketed as a one-time only emotional experience. I like the ambition of this game. I like the idea behind the game (we need more interactive stories). I even like elements of the execution of this game. But unfortunately, overall, this is a failed experiment. We need failed experiments, however, to pave the way for the successes. So here’s to Deer Man for trying, at least. Now, on to the next one…

Deer Man is available on PC. 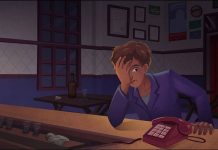