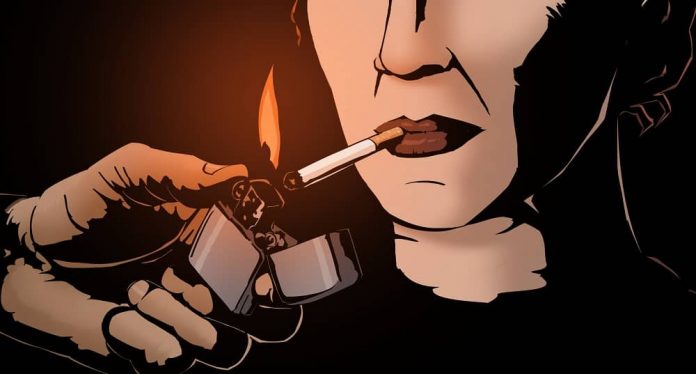 There’s something about solving a murder that fascinates people.

There are dozens and dozens of television programmes about detective agencies and crime units, and I’m sure I’m not the only one who thinks that this genre is getting repetitive and boring. So when something in this crime drama genre stands out to me, I can’t help but give it a round of applause. The Detail Season 1 was indeed very different, but I had a hard time staying invested. It has its ups and downs when it comes to story to be sure, and at its core it is a pretty well-made game, but it simply didn’t hit all of the bases for me, so to speak.

The Detail Season 1, developed by Rival Games Ltd, is an indie noir-esque episodic game that plays almost like an interactive comic book. The cutscenes and certain action scenes are composed of comic book squares. This has the player almost reading the story rather than playing it at times. During the other parts of the game the player is given some freedom to walk about, investigating whatever they wish. In other terms, it has all of the tropes of a point-and-click with some free-walking options.

There are a lot of good things about The Detail in the beginning. The prologue pulls the player in quite quickly with an action-packed cutscene. Unfortunately, as soon as the real gameplay started, I found myself bored and unable to get really stuck into the story. There’s a lot of information thrown at the player right away about different gangs in the area. The character that you play as, Reggie, and his partner Tyrone are detectives investigating a murder. Throughout the rest of the first episode, as well as episodes two and three, the two detectives must work together to figure out which of the gangs is responsible for much of the crime going on throughout the game. You also switch between other characters throughout the three episodes including Joe, an informant on the inside, and Officer Hayes – a woman cop who is trying to help with the investigation. 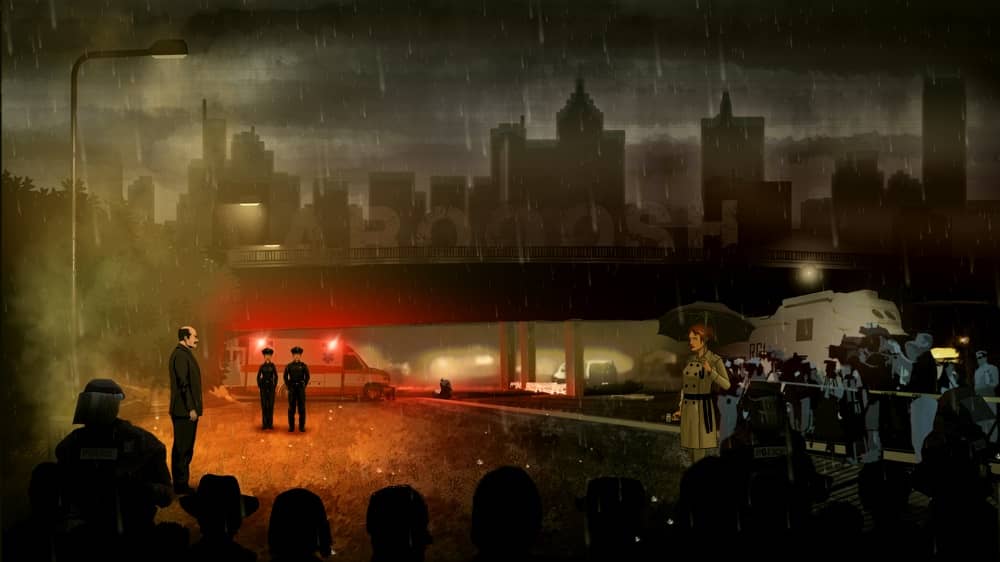 I think that what hindered The Detail the most is its gameplay. The mechanics are particularly clunky and had me practically growling at my computer screen in frustration. “Freewalking” is a generous term for the moving around that you are allowed to do. During many moments of the game, you are able to walk around a bit, but more often than not I would find myself stuck in a corner or unable to move altogether. Moving away from the mechanics and into more of the general gameplay, The Detail is quite nitpicky. When you’re investigating a room, you have to find and look at every single thing that you can before being able to proceed. A bit of a commonality amongst many point-and-click adventure games, sure, but frustrating nonetheless. In addition to this, during the cutscenes you are allowed to fast forward through conversations, but I often hit this button accidentally and ended up skipping past dialogue.

There are also a few other things about the game that I found very strange. There are certain portions of the game that are lacking music and sound in general. Now, I’m not sure if this was done on purpose to add suspense or just an overlook, but some moments in the game are made quite awkward because of the lack of sound. At other times, the game features really great jazz piano music that I enjoyed but am left wondering why they included this in certain places but not in others. The other strange thing is that the characters look noticeably different in every episode. It should be mentioned that there was quite a large gap between when these three episodes were released, but that still doesn’t exactly explain why the main characters all look so different between the episodes. New artists, perhaps? 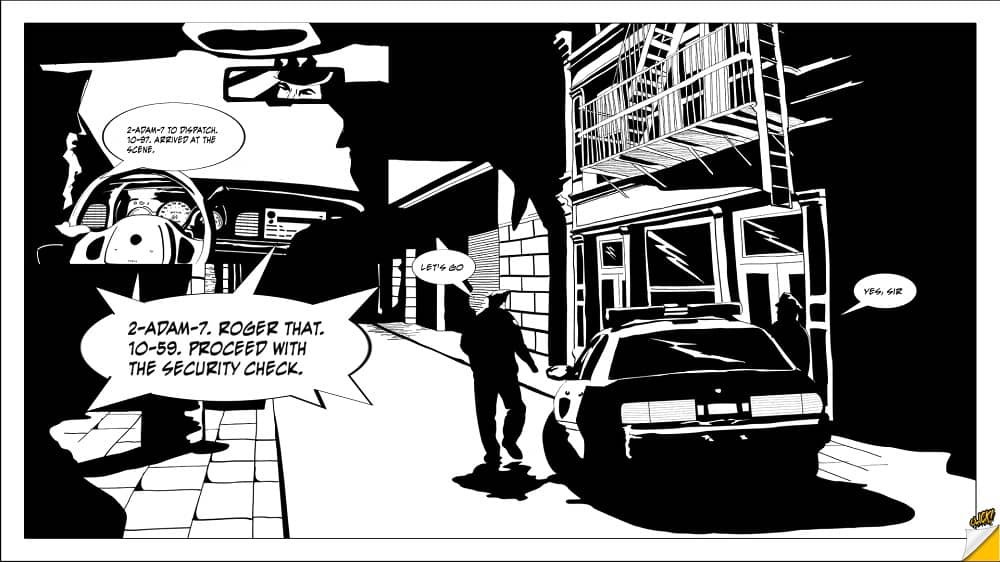 To not end on a sour note, I think it’s very important to point out the good things that The Detail does. The writing is fantastic. The characters’ dialogue stays very true to the type of people that they are, and this made them very believable and interesting. I was also quite impressed by the beautifully drawn comic book-esque art style, and it is definitely what drew me to the game in the first place. I really do love all of the concepts that The Detail is going for and truly think that it could be a favourite to many who can look past the flaws mentioned above.

So, The Detail Season 1 isn’t perfect, but what ever is? It fails in some places and shines in others. Despite the clunky gameplay elements, there’s a unique style and an expertly written cast of characters waiting to be uncovered for those who are willing to stick it out. For all its problems, The Detail still has plenty there to make me excited for the next season.

The Detail is available on PC.