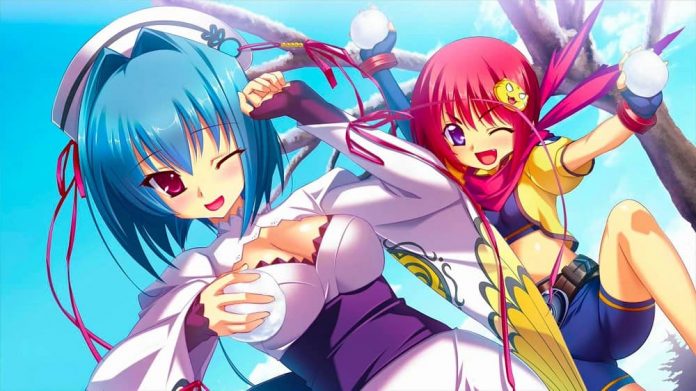 When I was a kid, my parents were part of a bowling team.

I enjoyed tagging along with them to their tournaments so that I could play in the arcade. Pac-man, Galaga, and Street Fighter, to name just a few, are the ones that my sisters and I hovered around the most. We also played that machine that you scoop candy out of using a little crane mechanism. What can I say; it was the only game where you couldn’t lose. My point is that arcade games were where kids went to entertain themselves at these tournaments and there were tons of options. Street Fighter was by far my favourite and I’ve been addicted to fighting games ever since. Koihime Enbu is an anime fighting game developed by Unknown Games and it is really good fun, with only a few things to iron out in the PC version.

One of the first things that you’ll notice about Koihime Enbu is its beautiful all-female roster of playable characters. All of the characters from the game are adapted from a popular Japanese visual novel called Koihime Muso. Each character has changeable outfits and special moves specific to just them. The main characters are also given their choices of one of two side characters that come in during the battle as part of the main character’s special abilities.

The art of Koihime Enbu is also fantastic. The characters are all animated vividly along with a selection of beautifully-crafted stages. They are all portrayed by Japanese voice actors, allowing for full and complete immersion into this beautiful world. Each character comes with their own backstory in Arcade Mode. I decided to start with Lingling because she had an adorable cat pin in her hair. Lingling wishes to explore the world, taking on as many fighters as possible who dare compete against her. Whilst not entirely necessary in a game of this genre, the backstory is a nice touch, and most importantly it’s quick and to-the-point, allowing the player to get into the action almost right away. 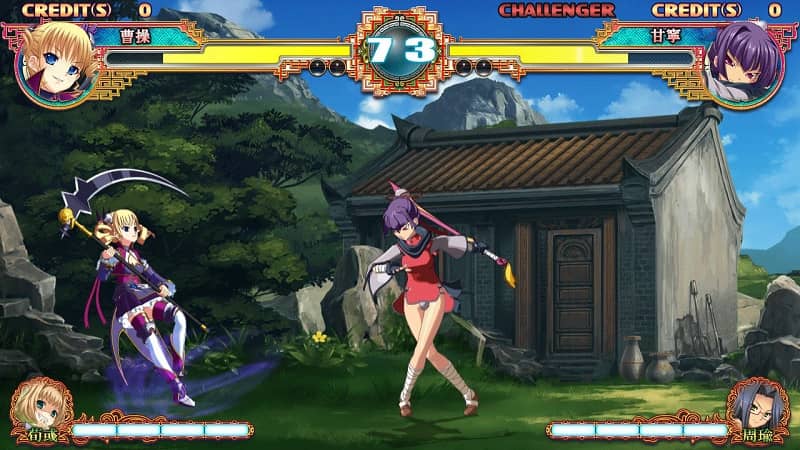 One thing I find difficult about playing fighting games not on the original console that they were released on, is that they don’t really convert the button controls to fit the new system. As Koihime Enbu started out life as a PS4 and PS3 title available exclusively in Asia, the on-screen button prompts didn’t always match up to my Xbox controller on PC. I mean, as in any fighting game ever, the majority of the strategy is done through furious button mashing (right…?), but for my first five or six games of Koihime Enbu I was unable to use my second character special move. Eventually I figured it out by spamming the directional pad and all of the buttons. I’m glad I did too, as the special moves on offer are impressive, with a variety of skills on display across the character roster.

The game features three playable modes: Arcade Mode, Versus Mode, and Training Mode. This brings up another portion of the game that I found frustrating, though. Some of the modes that are supposed to be multiplayer did not allow my friend and I to play together locally. I was trying to play on my Xbox controller while she played on the keyboard, but there was something strange happening that did not allow for us to play that way. Perhaps for certain modes you can only play with two controllers or both on keyboard, but either way this seemed strange to me and the game provided no indication either way. We were only able to play on versus mode in the end.

Coming away from those few nitpicky things, I did enjoy the different modes on offer, despite being pretty much par for the course for a fighting game. Arcade mode lets you choose one character to slowly move up the ladder of tougher and tougher enemies to attempt to reach the top – this is where you’ll receive the backstory for each of the characters. Versus Mode is where you play a single game against a CPU or a friend: the first player to win two rounds wins the versus match. In Training Mode, you can choose any character you wish and compete against a CPU that essentially doesn’t fight back, in order to allow you to practice your character’s particular moves.

Despite the few negative things mentioned, Koihime Enbu is still a fantastic anime fighter and a great addition to the fighting genre. All of the different female characters are animated beautifully, the voices are done very well, and overall the gameplay is fluid and nearly perfect. Perhaps a quick ironing out of the strange multiplayer glitch and confusing controls will make Koihime Enbu get its well-deserved spot next to the classic fighting games that we all know and love.

Koihime Enbu is available on PC (and PS3/PS4 in Asia regions). We reviewed the PC version of the game.