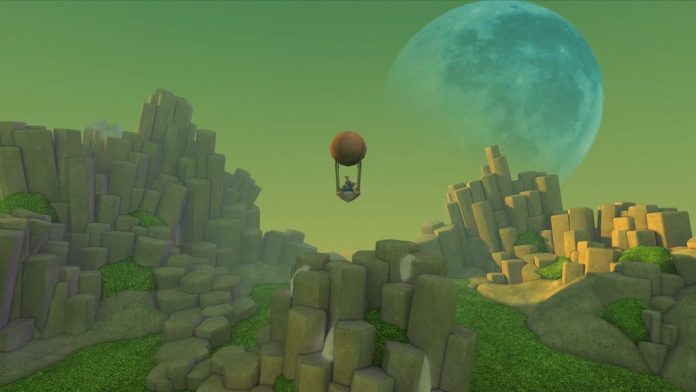 Sometimes it’s nice to be able to sit down of an evening, grab a Coke (other fizzy, sugar-filled beverages are available) and play through an entire game in a single sitting. It’s even better if it’s a game you can enjoy. Thankfully, developer beyondthosehills has you covered with a quirky little point-and-click adventure called The Minims – A New Beginning.

The main character, Mii, who you’ll be in control of, is one of the last two Minims on the planet, and the other – his wife, Mo – has gone missing. Naturally, he wants to go and find her but, in so doing, he’s going to have to venture deep into his own mind to discover exactly what he wants out of life, and what’s most important to him.

Plot is an important aspect in point-and-click adventures – without it, you’ll basically be clicking the scenery with no idea why or to what end and, in The Minims, writer Andreas Diktyopoulos has managed to craft a story that is, at times, charming, witty and engaging all at once, so I’m not going to spoil it here. The game focuses solely on Mii’s quest to find Mo but, as this is a point-and-click adventure, you’ll find yourself needing to undertake rather a lot of tasks in order to progress. A few are, seemingly, quite mundane, others are far more colourful and some are utterly bizarre. 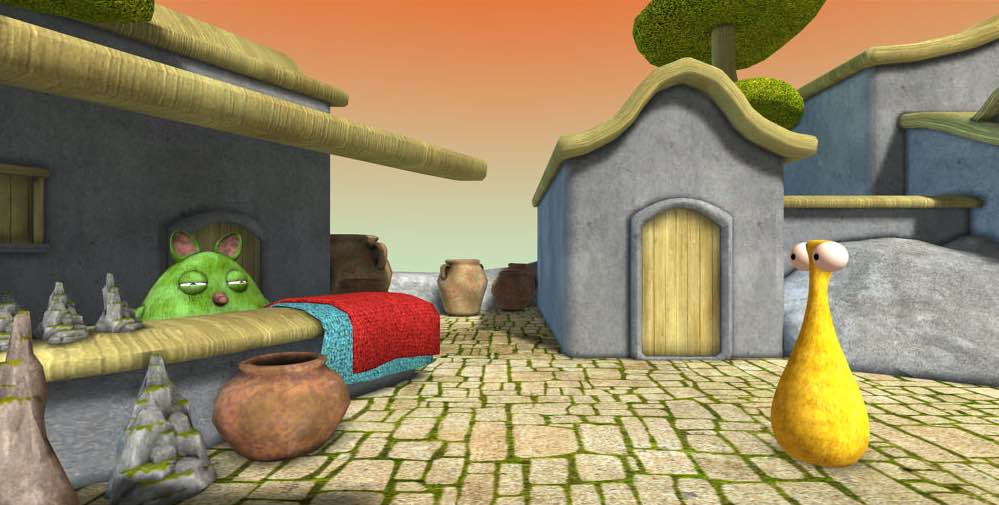 Mii’s tasks range from powering a lift to transporting a lonely, cave-dwelling fish back to his friends in the ocean to traversing a pink, Escher-style platforming puzzle so he can feed a hungry caterpillar but, if you’ve ever played Monkey Island, Broken Sword, Beneath a Steel Sky or any other game of that ilk, you’ll know exactly what to expect of the puzzles in The Minims. There’s a hearty mix of inventory, pattern recognition and pure logic puzzles that you’ll have to help Mii overcome along the way but, frustratingly, there are a few riddles that can only be solved by clicking everything in sight or, even more annoyingly, by pure luck.

For example, one puzzle had me turning an empty generator back on and, while I totally understood filling the machine’s innards with heat-activated energy crystals to power it, there seemed to be almost no discernable logic behind the sequence of switch throwing that followed and I solved the puzzle almost by accident. There were also several occasions where I spent a number of minutes clicking any interactable object in the hopes that one of them would hold the key to allowing me to progress (fortunately, one did).

Better point-and-click games contain helpful hints in the form of dialogue or short cutscenes that set up the puzzles before you attempt to solve them but, while there is a handy ‘Hint’ button in the inventory menu (which, I’ll admit, I pressed), The Minims doesn’t do a great job of including those subtle clues to help unravel some of the knottier problems that games like Day of the Tentacle or Grim Fandango do during the standard course of play. In addition, some of the puzzles also feel a little out of place or, at least, out of plot – there being no reason that I could find for having to do them, other than to fulfil some requirement that the game didn’t clue me in on and made no sense until I’d solved it.

That being said, beyondthosehills can, probably, be forgiven for a few little mistakes, this being their first real game and all, because those mistakes never truly ruin the experience. There are lots of things to enjoy about The Minims, from the cutesy and whimsical characters to the occasionally laugh-out-loud dialogue (presented not as recorded voices but in speech bubbles which, somehow, adds to the charm). Visually it’s a very appealing prospect; though the graphics never really rise much above what you’d expect from a little indie game, you’re never bombarded with too much on-screen information and the designs really make the game stand out. 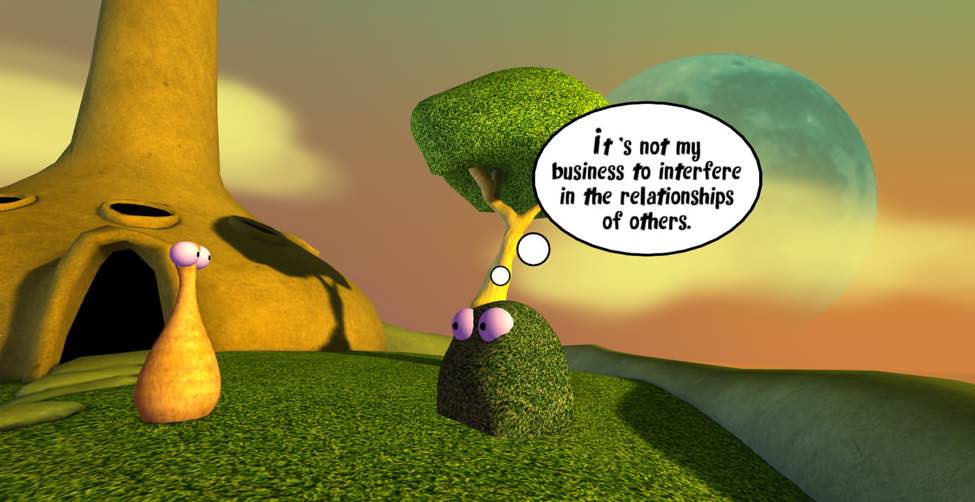 The game’s soundtrack is another highlight. While the sound effects can, at times, feel a little bland and, at other times, seem almost like an afterthought, the music only ever builds on the game experience, coming in at times to emphasise the sense of emotion or add a soothing note (pun intended) to what might, otherwise, be another frustrating bout of “click-everything-and-see-what-works”. The overall feeling of The Minims appears to be one of gentle relaxation -it almost seems like the developers wanted to make a laid-back game that encourages you to chill out and let your own mind drift while exploring the inside of Mii’s.

As I said in my opening paragraph, The Minims is quite short. An experienced point-and-click puzzle-solver, or someone with their finger hovering constantly over the “Hint” button, will probably be able to scoot through it in a few hours (I took my time and hit a few snags along the way and still managed to complete it in three) but that doesn’t necessarily mean it’s too short: for the story it’s trying to tell, a couple of hours of The Minims is just about enough and the ending is, actually, worth the effort.

For their first foray into gaming of any kind, beyondthosehills seem to have got a lot right. The Minims – A New Beginning is quirky, charming and whimsical enough to delight a lot of players and, while experienced puzzle-solvers probably won’t have any difficulty solving its riddles, it would make an excellent entry into the genre for anyone who’s never tried it before. Mii’s crazy world is fun to explore and it’s worth your while to spend a little time there, even if you do have to milk a weird cow-slug to feed the hamster’s cheese habit.

The Minims is available on PC.