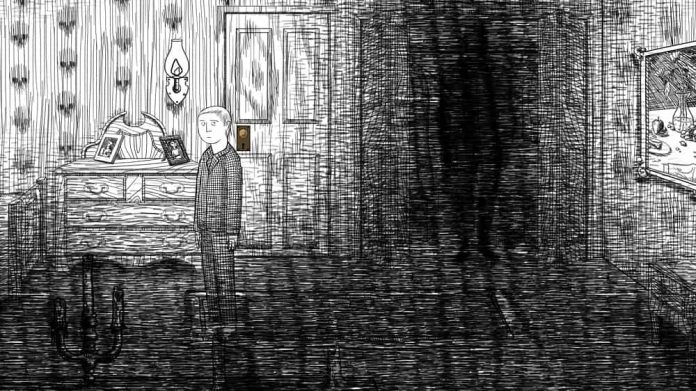 In this age where indie horror seems to rely too heavily on cheap scares to really get the player’s heart pumping, games like Neverending Nightmares bring back such a rare experience that you don’t realise has been so sorely missed.

We’ve all had those dreams; the ones so terrible and realistic that you feel trapped in a semi-sleeping state that prolongs your horrifying visions. With a decadent mixture of psychological horror and survival, Neverending Nightmares doesn’t have a surly antagonist trying to murder you or a ghoul waiting to drag you to hell. The villain in this game is your own mind, and that’s the most terrifying demon of all.

Neverending Nightmares is an atmospheric survival horror where you play as Thomas Smith, a young man suffering from an endless stream of nightmares most of which involve Gabby, his little sister/wife/psychologist/psychopathic murderer. Set sometime in the 19th Century, you explore several locations including a mansion, a graveyard, a mental hospital and a forest, with little goal in the long term. Usually I don’t like not having a definite objective, but in this case it definitely works in its favour. Without a particularly complex plot we’re given little distraction other than being with Thomas on his slowly smouldering mental breakdown.

Based on its developer, Matt Gilgenbach’s, personal experience with depression and Obsessive Compulsive Disorder, the game is minimalist from its design to its mechanics. You can’t run for too long, you can barely breathe thanks to your asthma, and the darkness around you pulsates like it contains something malevolent just out of sight. In all ways Thomas is hopeless. You feel that wholly as you progress and foes are quite literally grazing your heels as you try to run from them. At certain points in the game it’s also easy to feel constricted and overwhelmed by the things going on around you, and that’s quite a difficult thing to portray. 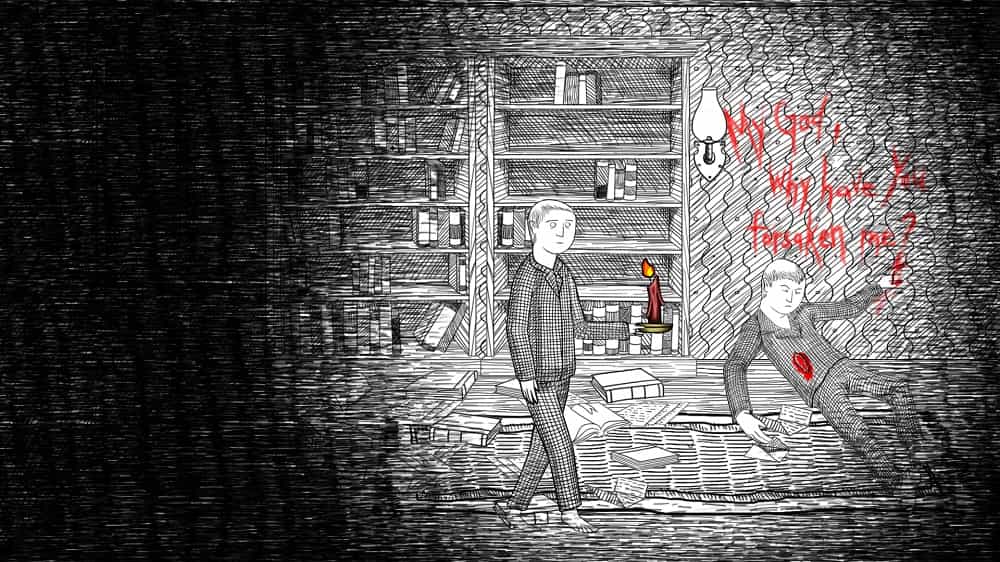 As for Neverending Nightmare’s design, everything works together to build up this structure of both melancholy and uncertainty. In its art work, the large majority of the world is hand-sketched with a textured monochromatic scheme. Its only colour is with objects that you can interact with, and mainly stark contrasts of warm shades such as oranges, yellows, browns, and reds… lots of reds.

In this constant loop of the world’s worst visceral nightmare, you can never be completely confident with the environment around you. With every progressive notch in Neverending Nightmare’s measuring stick, things start changing. Originally ordinary rooms in the beginning will suddenly have bloodstains and messages smeared across the wall, pictures will gradually become more deformed and disturbing, and previously lit areas will suddenly be pitch black or duller than they were before. This, alongside the foreboding soundtrack and carefully designed environmental noises, pulls you in to a game that’s both entirely predictable, yet unpredictable at the same time. In its repetitive mechanics of walking and exploring, throwing in scenes before death that show Thomas pulling veins out of his arms and shredding his hand in a meat grinder suddenly pulls you right back into the “oh god, I can’t believe that just happened” category – venephobics, achluophobics, odontophobics, and those that are generally squeamish, be on your guard for a scene or two.

Another area that adds a bit of sweat and thrill to the play-through is in its creatures. For example, everything is personified in some way; from the way pictures seem to stare at you a bit too closely, the disfigured monsters that prowl certain areas of the game, to the dolls that scatter the floors – especially the ones that move. Where a lot of horrors will have creatures appearing next to you or running at you to make you panic blindly, the dolls in this instance are slow… so, so painfully slow in their advance, but it’s the Romero zombie principle. They may be slow but there’s a lot of them and when they catch you it’s game over, buddy. What I love about this technique is that it instils a type of panic that simmers in your gut as they slowly start coming out of their stationary positions to follow you across the room. Best add pediophobics to the list. 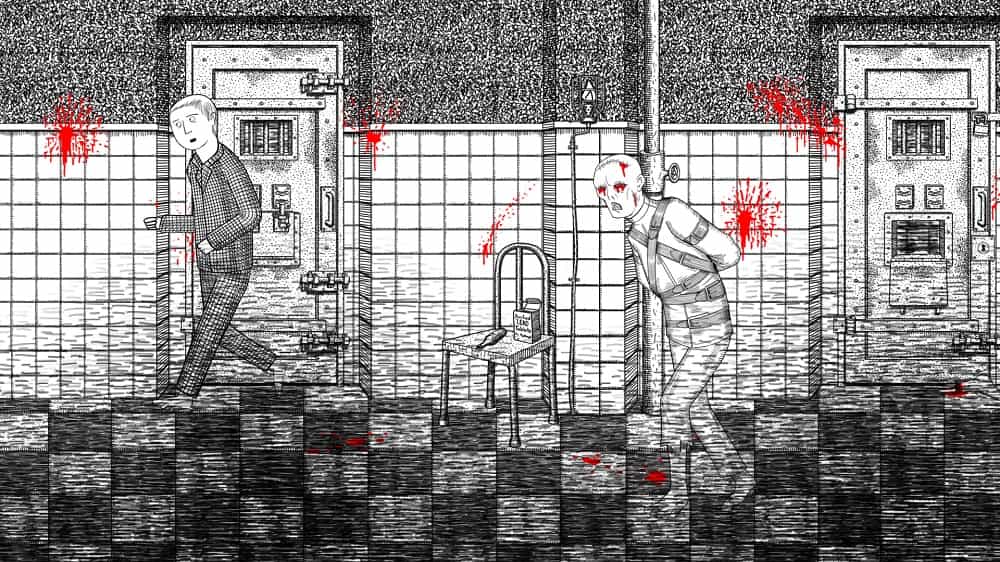 Whilst Gilgenbach has the horror, visual and audio aspects of the game near perfect, where Neverending Nightmares starts to fade is in its pacing. Where I said earlier that not having a clear objective was a good thing, it doesn’t mean that the gameplay avoids tedium later on. When you can barely run the length of a room without doubling over like a 50-stone chain smoker running to catch the bin men on a Monday morning, it makes progression a distant mistress; one achieved with patience and a lot of ambling. Though this adds to the feeling of helplessness, going back and forth in any environment just ends up being pretty annoying. When this, twinned with a fatal hiccup against an enemy, sends you back to the nearest save-point (usually the beginning of that nightmare), that’s when your finger start itching toward the “power off” button.

Regardless of its slow pacing, at 90 minutes long Neverending Nightmares is a game complete with abstract ideas and unabashed displays of psychological hardship that we as players can relate to in some way or another. Not so much in murdering your sister/wife/psychologist/psychopathic murderer, but in experiencing fear in its most primal state; whether it’s from nightmares that paralyse you in the dark or the feeling that something is watching you. Its three endings leave it up to interpretation as to what Thomas’ story is. He could be a murderer racked with guilt over killing his sister, he could be a brother haunted by incestuous feelings for his own blood, or he could be an unstable man trying to deal with his grief from the loss of his family; it’s never laid out completely.

Given Neverending Nightmare’s lack of closure, rather than feeling dead and done about it, it leaves us wondering about the game’s meaning. A cascade of “why” and “how” and multiple theories swirl around our heads like cartoon birds. It’s certainly not an experience I’ll be forgetting about too soon and one that people should play at some point in their lives.

Neverending Nightmares is available on PC, PS4 and PS Vita. We reviewed the PS4 version.