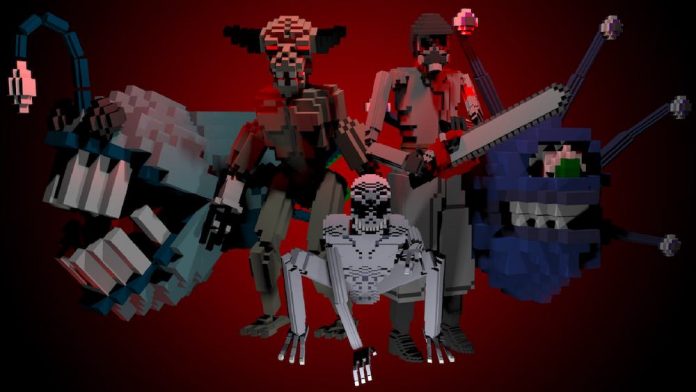 Rooms and rooms of angry aquatic creatures, feisty demons, the odd trap here and there and a varied arsenal; Paranautical Activity should be good with all those ingredients, surely? If you’re some kind of masochist that revels in death time and time again maybe, but otherwise I think you’ll find it to be a repetitive, ugly and cheap bore.

Paranautical Activity combines fast paced first-person shooting action with roguelike elements to create something that is just one big waste of your time really. Stepping out of an elevator on the first of eight floors, your goal is to make your way from room to room, wiping out all the enemies as you go. Along the way you’ll thankfully encounter some rooms that aren’t hostile, presenting you with a chance to swap out your weapons with what lay before you on pedestals or purchase some useful items with the gold you’ve obtained by killing foes. It’s a brief respite though, as within seconds you’ll be back out blasting demonic entities as you try to find the boss room, kill the nasty bastard within and progress to the next floor. The chances are however that you won’t get very far. Partly because you’ll die, die and die again, and also because your experience is likely to be so infuriating and unrewarding that you’ll just quit.

The problems start at the main menu, where instead of simply moving between options with the left stick you have to move a cursor to highlight what you want to do. This is on Xbox One; a console, not a PC. Initially only one game mode is available, Classic, but if you’re crazy, skilled or a glutton for punishment two further modes can be unlocked: Hardcore and Infinite. Now I can’t tell you what those other two modes entail as I’ve never made it past a few levels into Normal mode without losing the will to live, and at this point I doubt I’ll ever unlock them; the time I’ve spent playing this game for review is enough for me, but I imagine they just make things harder. Whoopie doo. 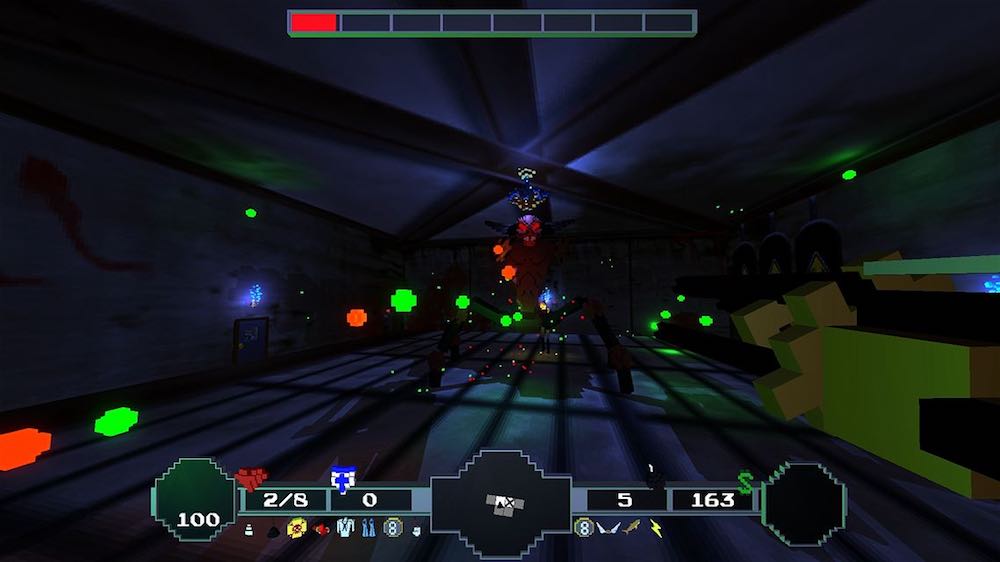 After selecting the mode you wish to play, you then get to choose your “character”. I say “character” as there’s nothing in the game to make your choice of starting weapons and stats any more than that; a loadout choice rather than an entity with a backstory, personality and a goal. “Character” implies that there may be some semblance of a story in Paranautical Activity, which there definitely is not. There are four loadouts on offer, each providing a substantially different playing experience, though none particularly make the game any more fun. Many players may be more inclined to make a choice of loadout based on the accompanying stats; would you rather move faster but only be able to sustain three hits before dying for instance, or move slower but last longer as you can withstand a mighty nine hits before keeling over? The choice is yours, either way, you probably wont feel satisfied as the game kicks in.

As soon as you step out of the elevator on the first floor it hits you; Paranautical Activity is not a good looking game. Imagine Doom remade in Minecraft by a blind man an you’d be about there. Enemies and environments are made out of large plain blocks, devoid of any personality or detail. The main problem however, is that everything is so poorly lit and the colour pallete so small that at times it’s actually hard to even see your enemies. You’ll enter rooms with your paltry number of hitpoints only to see them disappear in a flash due to unseen sharks snapping at your feet or tiny imps shooting you from dark corners. A game not looking good is something I can forgive if the gameplay is solid, but when the graphics actually hinder your ability to play, it’s a serious issue.

Even ignoring the issues with its visuals, Paranautical Activity’s difficulty is still its biggest downfall though. It just wants you to die. I love difficult games if they present a realistic challenge and feel fair; Dark Souls and the old Call of Duty games on veteran difficulty are some of the most rewarding and exhilarating experiences I’ve had, but Paranautical Activity just takes the biscuit. It expects you to blaze around its rooms, shooting its often hidden enemies with pinpoint accuracy whilst avoiding their attacks, all with a handful of hitpoints that are rarely replenished. When you die, that’s it, back to the beginning you go. There are no continues, no way to permanently develop your stats through continued play or start with items in your inventory to aid your plight. If there was some way to improve your survivability over time maybe, like the ability to increase your hit points or damage as seen in roguelikes like Rogue Legacy, you’d possibly feel like the effort was worth it for the prospect of future success, but there’s not, so you’re likely to just give up quickly. 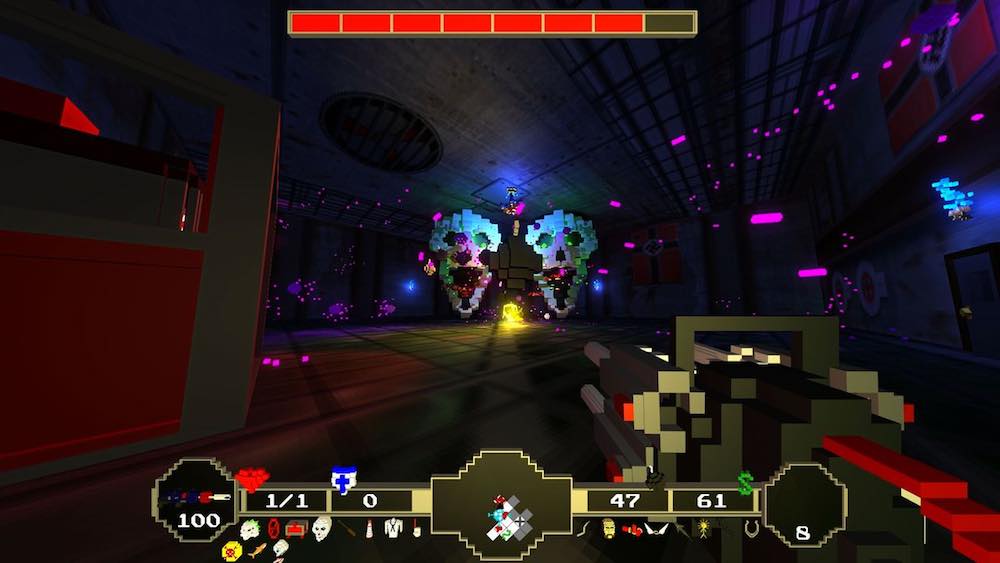 Perhaps the best thing about Paranautical Activity is its music. The dubstep beats that accompany the action will encourage you to run and shoot with reckless abandon. That is until you come across a track that sounds so bad that it’ll make you want to cut off your ears. Don’t get me wrong, for the most part you’ll be tapping your feet, but on the occasions where where it sounds like the beat has somehow become out of sync with the rest of the audio you’ll just be praying for the horror to end.

If you’re unnaturally skilled at first-person shooters or have the patience of a saint you might gleam some enjoyment out of Paranautical Activity, but it’s quite unlikely. It’s repetitive, unfairly difficult and nauseatingly ugly to the point that it’s hard to tolerate, never mind enjoy, making it one of the most unsatisfying experiences I’ve had in recent memory. My advice is to give Paranautical Activity a wide berth; there are much better first-person shooters and roguelikes out there that are much more deserving of your money and attention.

Paranautical Activity is available on PC, Xbox One and Wii U. We reviewed the Xbox One version. 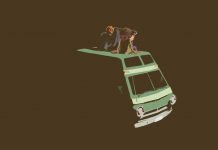