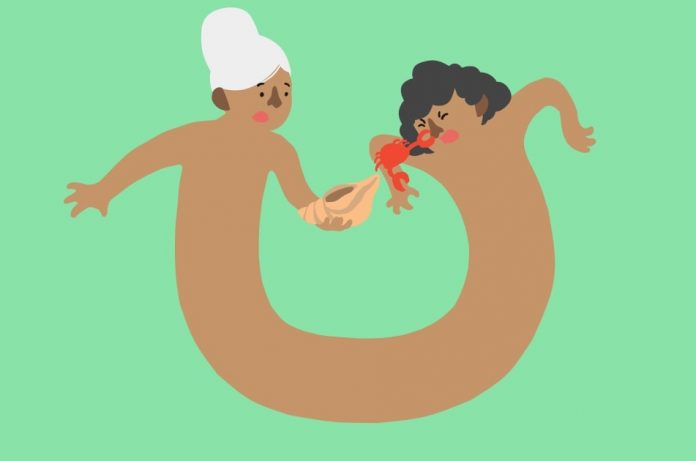 Imagine, if you will, that your body is attached at the hip to another’s, CatDog style.

You can independently think and move on your own accord but you will always be tethered to this other individual. Now imagine that same scenario, only placed in a wrestling arena with another duo in the same predicament. Game on. This is the premise of Push Me Pull You from developer House House in one of the most ludicrous and preposterous games you’ll find.

Upon a first glance, Push Me Pull You’s eye-catching Cronenbergian mechanic is more body horror than party sports game. With its charming atmosphere and cheerful demeanor however, it quickly puts any horrifying ideas in the back of your mind to rest as you fumble around with characters that look like cartoon intestines in a world that looks ripped out of a baby book. Bright and faded colours punctuate a cheerful world with a wonderfully charming soundtrack that feels like a perfect fit.

While you can play the game with two to four players, keep in mind that the player count will directly influence how the game controls. For instance, if play one on one each player will have full control of a body by controlling each head individually with the sticks, while you can also grow and shrink your duo’s worm-like length via R1/L1 and R2/L2 respectively. It’s not optimal but it works fine to get the game’s main point across. However, since the game involves a lot of awkward movement it can become difficult to remember which stick controls which side of your body. It can quickly feel like you’re rubbing your stomach and patting your head at the same time. 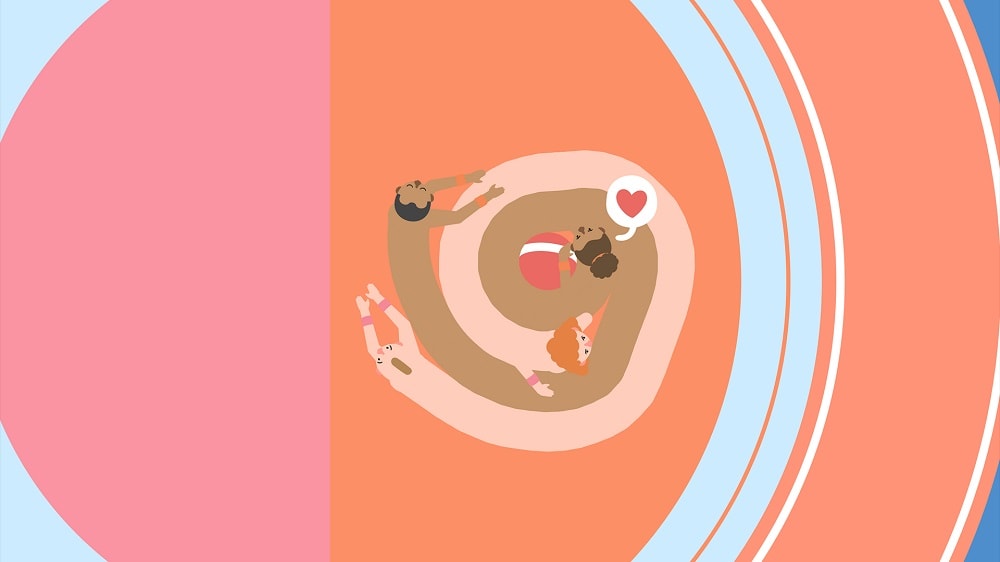 Alternatively, the game can be played with four people. This is how it was meant to be played and where it truly shines. While there isn’t any online multiplayer functionality, it’s never needed. The game never is meant to be very competitive, and losing the closeness of your opponent to anonymity would only hinder the experience. Instead of controlling an entire body like in a one on one match, you take control of a single half of the body while your partner wrangles the other. Since your control is relegated to only one head, it removes the problem of losing track of who is who. It even adds a layer of complexity to the mix as you and your partner must somehow manoeuvre as a single unit, causing hilariously tense moments which require players shouting their intent at each other while simultaneously floundering about. Even if you’re paired with someone who has terrible co-operation skills, it makes the endeavour all the funnier.

Before jumping into a match of Push Me Pull You, players are shown a quick character select screen. You can choose your team colour, ethnicity, as well as hairstyle to help differentiate everyone from each other during gameplay. It helps a lot when you’re in the thick of a match that involves two worm-like conjoined duos running into each other, making almost cringe-worthy squishy noises in the process. Once entering the game, you have five game modes available to you. Some involve different points of interest or different scenarios to score, but they all play out in the same way: trying to gain control of a ball. The game communicates its rules during the beginning of every match, which is predicated by a quick practice round where players can get comfortable with its controls. The game puts a lot of emphasis on being easily understood and quick to jump into. Thanks to simplistic mechanics and only a few rules per game mode (which often transition to other game modes), the game never feels intimidating even for people that aren’t normally comfortable with games. 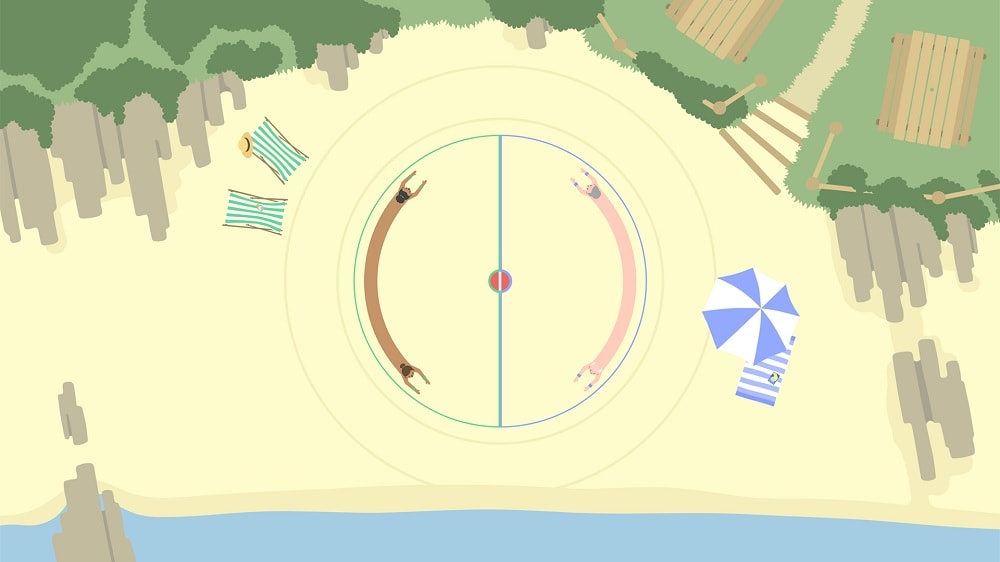 Perhaps this ease of play is the game’s strongest ability. Its control is awkward by design, while simultaneously being quick to comprehend. There isn’t much explaining that needs to be done. The game points out the places in the arena you need to focus on, where the score zone is if needed, and lets you go. It also helps that the controls focus on the stick and two shoulder buttons, never confusing first time players with face buttons that they’d constantly looking down at. Setting the game in a wrestling arena only makes it easier, helping the game communicate its structure in universally understood ways. For as silly and odd as Push Me Pull You is, it’s brilliantly designed to be something you could give to a five-year-old or a eighty-five-year-old and have them equally enjoy it.

Squished together on a couch with three other friends and perhaps some alcohol nearby if possible (and legal), Push Me Pull You is a frantic wiggling fool’s contest whose sole purpose isn’t to be a well-balanced competitive masterpiece but to make you and your friends laugh as you slide and crawl your way into weird, bowel-movement shaped contortions. For what it’s worth, the game delivers on this expertly. While it loses its charm quickly if your playtime stretches long-winded, the game’s controls and easily understood mechanics means no one is left out of the party. If you’re looking for a good time, you’ll be pleased to find one in Push Me Pull You, as long as you’ve got friends to share it with.

Push Me Pull You is available on PS4.