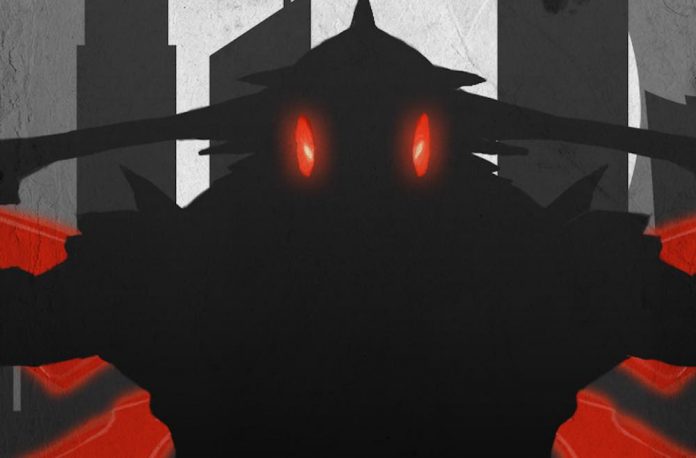 In a world where Selenon, an alien race who live on the dark side of the moon, has eliminated many and taken away the memories of many more, how can you be sure who and what to trust?

Selenon Rising is visual novel where you play as Agent Violet for a group known as Spectra (Special Counter-Technology Reconnaissance and Assault). It is the duty of agents of Spectra – humans who were granted powers by Selenon – to stop any organisations that intend to overthrow them. Selenon Rising is an example of a visual novel that could be really great in terms of content, but is unfortunately lacking in a lot of places.

Visual novels are normally exactly how they sound: they are novels where you can see the world around the characters and witness the plot unfold, rather than creating the story in your head. In order to pull this off there needs to be a culmination of a great plot, well written dialogue, interesting characters, and enough action/suspense/romance or whatever the story calls for, to keep the player intrigued. Where Selenon Rising falls short in its writing and lack of exciting elements, it almost makes up for with its interesting story concept not to mention its beautiful art.

To be honest, Selenon Rising is a bit like reading a sci-fi 50 Shades of Grey – you know that the writing is bad but for some reason, unbeknownst to you, you keep reading. The more that the characters talk, the more you realise that you’re paying more attention to the awkward dialogue than the story, and suddenly you’re very confused. Then, just when you think you’ve figured out what the game is all about, it turns into Phoenix Wright: Ace Attorney.

During most of the game you are simply clicking through dialogue between characters as you would in any other game but of course, being of novel length, there is much more than normal to be had in Selenon Rising. To be fair, some of the dialogue between the characters, particularly the conversations involving Selenon’s history or the characters mysterious pasts, aren’t that bad. It’s once the main character Violet starts talking to herself that the strange 50 Shades-like dialogue is introduced. Sentences like “His eyes looked directly into mine, and mine directly into his” just have no place in a work of fiction looking to be taken seriously. 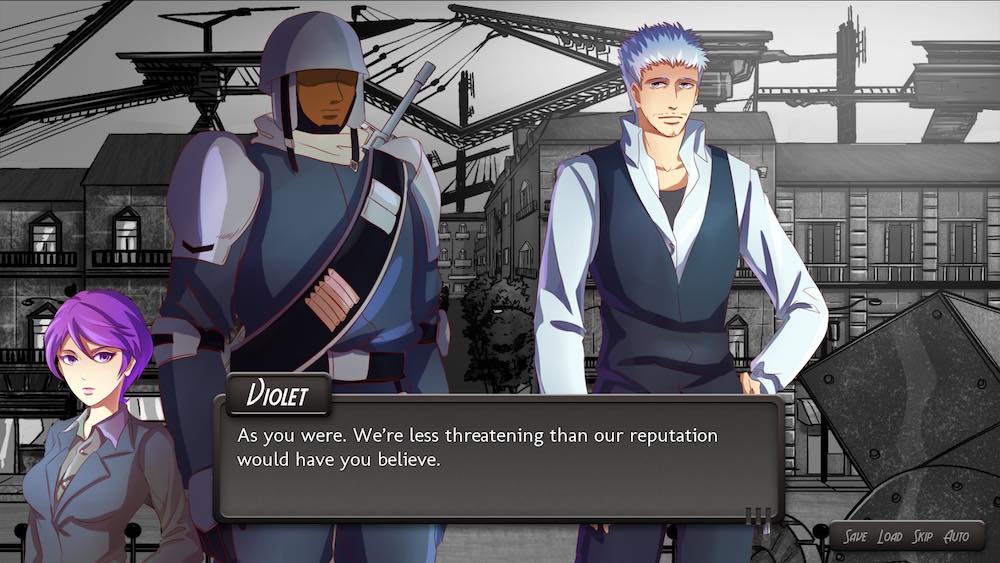 The Phoenix Wright-esque portions of the game were the most fun because there was little dialogue and some real strategy involved. At the beginning, a suspect or witness makes a statement. Violet, being a psychic agent for Spectra, is able to tell when a person is lying or what emotions they are feeling when they make their statements. When you begin the interrogation you can do three things: question a portion of the statement in order to get more information; present evidence that proves that their statement is false; or doubt – which is when Violet can use her psychic abilities to tell what emotion a person is feeling that may not be normal for what was said in the suspect’s statement. I found these mechanics to be pleasantly challenging and definitely the highlight of the game.

The other two game mechanics that aren’t simply reading through the novel are point-and-click sections where you can find evidence at a crime scene, and the dialogue choices where you can pick one of three things for your character to say; each one (apparently) having an effect on the story or your character’s relationships with others. The point-and-click sections seemed lazy and rather poorly thought out; and they’re drawn in black and white, a strange choice for an otherwise beautifully colourful game. As for the dialogue choices, I’ve so far seen nothing that hints that my choices have meant something but this is only the first episode of a four part series. 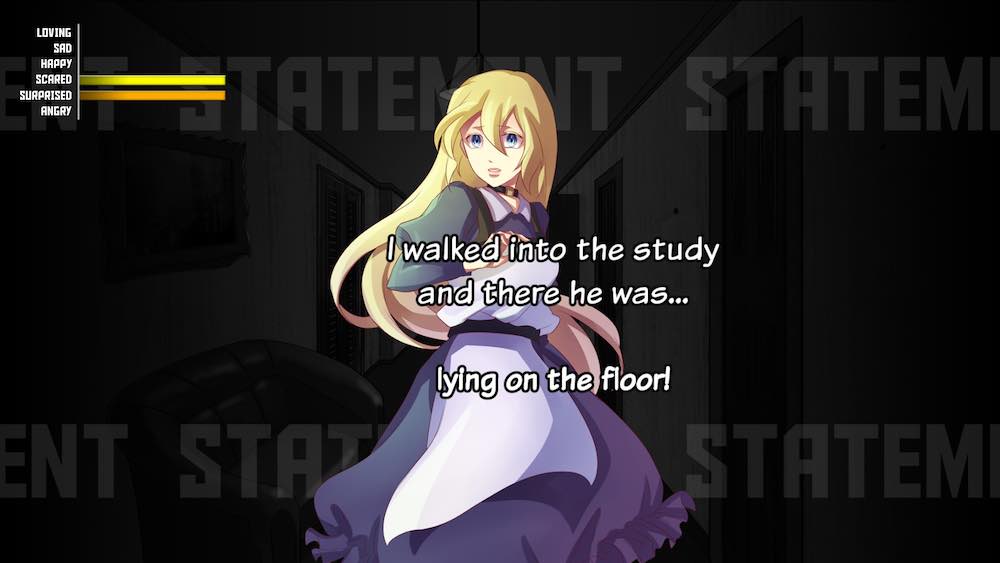 So, Selenon Rising maybe isn’t the greatest visual novel on the market today but as it has three more episodes coming out, perhaps it will get better. It certainly has the potential to. I was really intrigued by the plot idea, being a fan of sci-fi, and the beautiful art truly is reminiscent of contemporary anime. It is just very hard to look past the cheesy, awkward, dialogue to see the great ideas underneath. With any luck, developers at Fastermind Games will consider dropping the unnecessary romance story, go more in depth into the background of Selenon, and have a great visual novel on their hands! I wish them luck and look forward to seeing how it pans out.