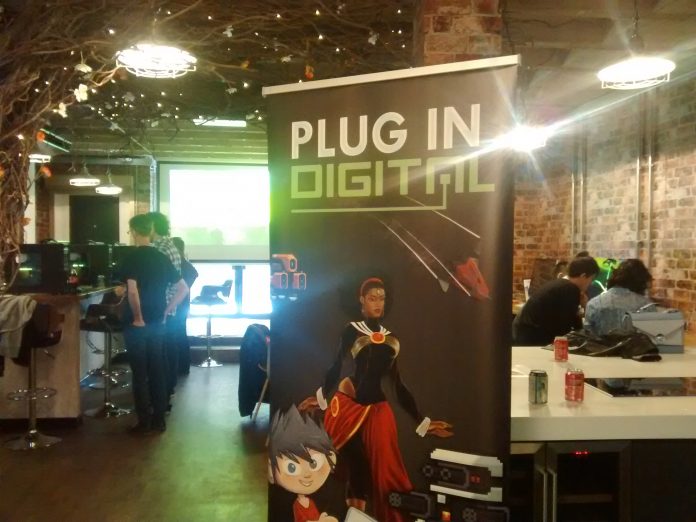 On 6 May 2016, Emily and Ed were fortunate enough to be invited to attend The SideKicks‘ and Plug in Digital’s Spring Showcase. During the event, the pair got hands on with 10 upcoming games over a wide variety of genres – and had an absolute blast while doing so.

We’ve handily summarised each of the 10 games to bring you an overview of what indie delights you have to look forward to over the coming months. Emily takes us through the first five games on offer, whilst Ed picks up with the last five. 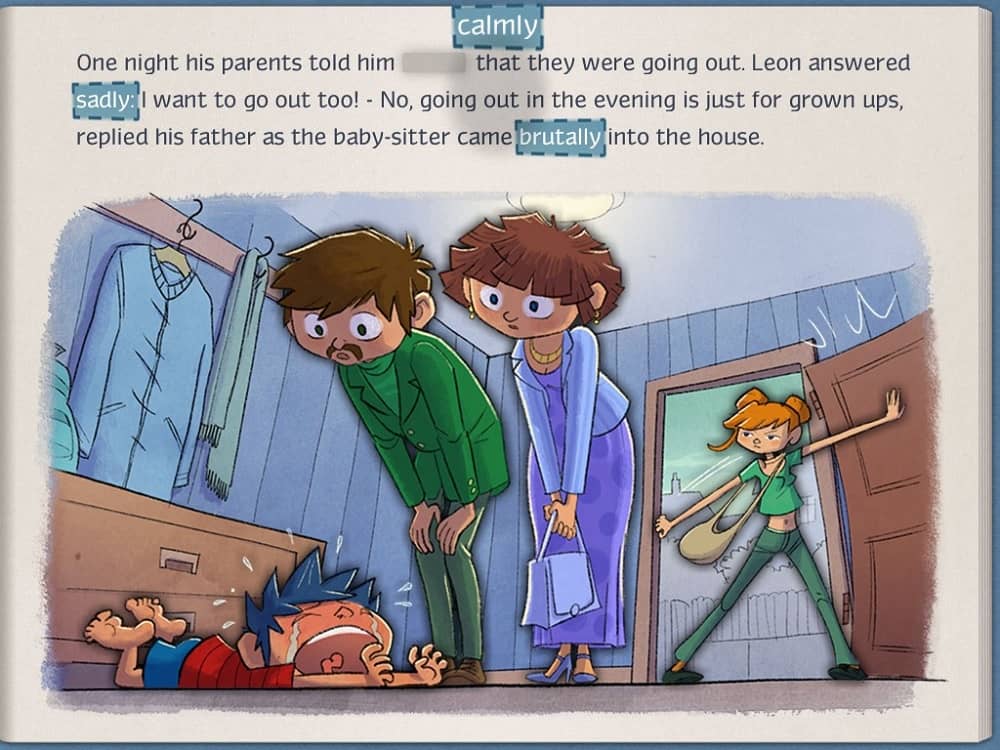 Synopsis: “SwapTales: Leon! is a tablet adventure and puzzle game in the form of an interactive book for children and their parents to play together. Its surprising gameplay gives you the power to transform Leon’s destiny by exchanging the words of his story. By cleverly combining words, discover funny wordplays, surprising situations, and solve riddles to help Leon in his adventures!”

Developed by Wittywings, this adorable and long-overdue tablet adventure is surprisingly entertaining. From its beautiful pictures straight through to the very concept of the game, there’s really nothing not to like. As a self-assessed fem-child, this is the game that stood out to me the most; mainly because I’ve been waiting for something like it to come on the market for far, far too long.

What drew me to Swaptales: Leon! most of all was the unique idea of making a story that’s both interactive and interchangeable; like madlibs, but without the naughty words. When you exchange one word for another you change the picture, effecting the progression of the story and the characters in it. It also sits well as an educational game with beneficial morals, i.e. when you use adjective like “lazy” to describe Leon, you turn the page and you can’t progress anymore… because Leon’s too lazy to progress, and that’s a very nice touch indeed.

As easy a distraction a tablet can be for the busy parent, it makes me sad to see less and less interaction with children in this expanding technological age, so in this case Swaptales: Leon! is highly welcome. With two hours of gameplay and plenty of choices to make to reach 20 possible endings, it would make a great addition to the family tablet. But don’t be fooled into thinking this is going to be embarrassingly easy. As two adults combined, Ed and I found ourselves stuck at multiple places whilst trying to progress so it’s a definite a brain bender. Who knows? Maybe the kids will show you up! 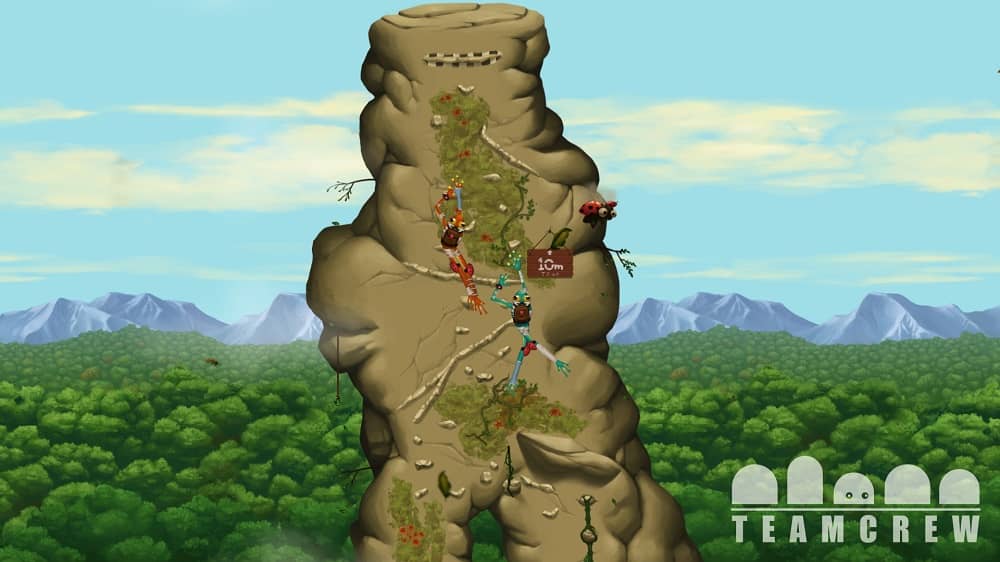 Synopsis: “Frog Climbers is a party game about frogs wrestling up a mountain.”

Yep, no joke. The description above fits perfectly with how Frog Climbers was described at the showcase as doing what it says on the tin: you play as a frog with a backpack and you’ve got to climb up a mountain. “What’s interesting about that?” I hear you cry.

As a (current) local multiplayer game, this devious creation, developed by TeamCrew, has you yelling a lot more than any civilised person should: yelling at the screen; yelling at the player next to you; threatening things and saying things you wouldn’t have said in your dizziest daydreams… and what fun it was. If anyone’s reading that was present, again I apologise for the noise but I won so I can’t be too sorry.

By using the simplest controls of “triggers to grab” and “Analog sticks to navigate”, it is a test of your co-ordination and while you’re competing against the person next to you, how could that not end in hilarity? Think of the challenge of Brothers: A Tale of Two Sons versus the pressure and co-ordination of Mount Your Friends and you’ll get a feel for it. With the ability to reach over and grab your opponents to make them fall, Frog Climbers is as must a test of friendship as any party game out there.

Despite winning three awards and receiving nominations for two others, there’s not an awful lot of information currently released to go on. The game is still draped in a little bit of mystery in the area of when Frog Climbers will be coming to PC, or what price it’ll be sitting at, but the version we played was bug-free and in pretty good shape so I’ve got my eye set on Q3 of this year. If you like party games, this is one to add to the repertoire. 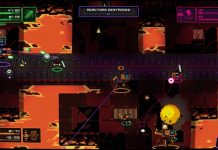 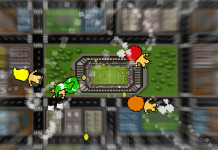