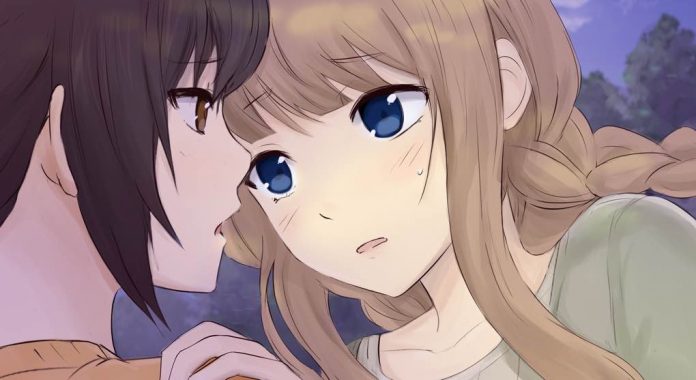 It was not so long ago that games went “pew-pew” or “wacca-wacca”, and books went… er, “rustle-rustle”…?

Now we have an inspired fusion of the two in the form of visual novels, where prose is paired with images, but it isn’t technically a comic book. Confusing? Maybe. Niche? Probably. But some people just can’t get enough of them, as demonstrated by the most recent offering in the genre, Starlight Vega, which was funded by the community through Kickstarter.

Starlight Vega tells the story of Aria, who at the start of the game moves into her grandfather’s old house in the country with her single mother. Joined by her occult-obsessed best friend Melody, Aria quickly stumbles upon a world of fantasy as she is introduced and bonded to the sultry demon-girl Lyria, a cheeky wyvern by the name of Sid, and a whole host of mysterious characters, dimensions, and machinations. The setting is typical of magical manga and animé affair, where the previously innocuous protagonist is flung headfirst into a world of supernatural powers and curses whilst trying to balance it all with her school and home life.

Although perhaps slightly beholden to established manga tropes, after playing/reading for more than an hour you quickly realise that the characters are a tad more complex than you first thought, both in their motivations and their emotions. Twists and turns and misunderstandings are the play here, with secrets and surprises that aren’t so predictable as to provoke a groan, but at the same time are not exactly Game of Thrones-esque. If the story were to be criticised for one thing it would mostly be the fluff in the early game: playful social interaction is favoured over plot progression to the point where, as someone who doesn’t usually enjoy these sorts of stories, I was tempted to give up. However, after the first third there are enough hints towards a wider plot so as to entice you to read on. 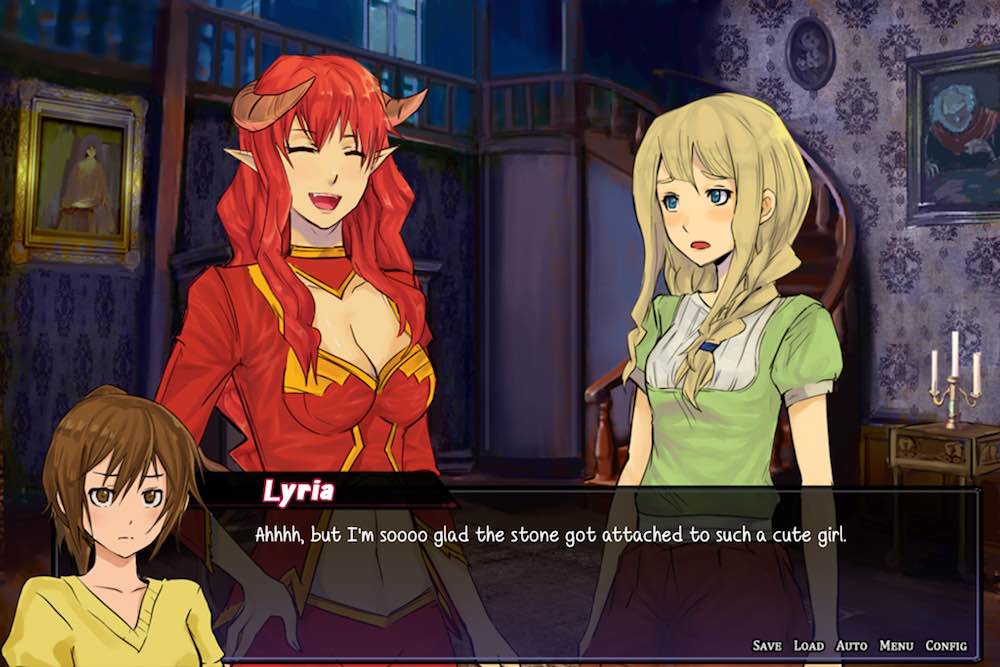 The major selling point for this game however is its sub-genre: yuri. Yuri manga (or in this case visual novels) are girl-x-girl romance stories. Although a fairly niche genre, it is undeniably popular among fans, and is no doubt why this game was so successful on Kickstarter. Starlight Vega is, indeed, undoubtedly a better romance novel than a fantasy novel, and rightfully so. Albeit a little clichéd, the romantic interludes and sexual tension between the characters is woven well into the plot and is tasteful to say the least: this is by no means pornographic. As Aria you can choose to follow a story where you either fall for Lyria or Melody, and the two characters could not be more different. This choice presented to the player is designed to encourage them to connect further with the characters and their relationships, and in this sense it is quite successful. Anyone looking for their yuri kicks need go no further.

As far as actual interaction goes, there isn’t an awful lot. One playthrough of the story yielded around 10 opportunities to make a choice, and most, apart from a crucial few, seemed not to impact too much on the story. However, Starlight Vega isn’t a Telltale game like The Walking Dead and The Wolf Among Us, and nor does it pretend to be. It is designed as a fairly linear narrative (albeit with two distinct branches) where the emphasis is on the inevitable romance between the protagonist and her chosen lover, and this is what most players are paying to read.

The visual part of Starlight Vega left something to be desired. The character designs were well drawn and are typical of the genre. What was lacking was the variations of pose and emotion; sometimes the pose chosen by the designers out of the small number available didn’t quite feel appropriate to the action or emotion that it was made to represent. In a similar vein, the backgrounds were few and far between, with the style and lack of detail at odds with otherwise handsome character portraits. It is clear that the designers spent more time on the novel than the visuals, which is easily understandable but a pity nonetheless. Furthermore, the music creates an appropriate mood for the scenes but does become a little repetitive in longer sections. More impressive visuals, music, and perhaps animation may have helped to bring in a wider audience. 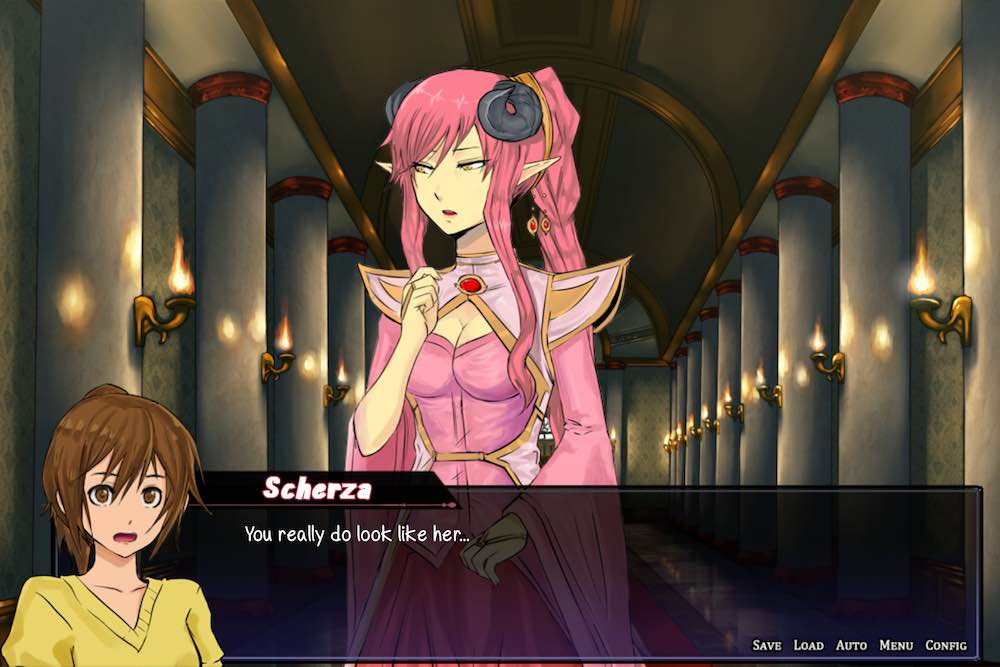 The visual novel is a strange beast. Only loosely defined as a game in the traditional sense, it straddles the animé enthusiast and the casual gamer audiences in a strange niche. As a reviewer I am certainly standing on the edge of this niche looking in, desperately searching for what it these people want. My brief foray into this genre has led to me conclude, with perhaps a little hesitation, that it is Starlight Vega that they want. It is by no means revolutionary, it isn’t going to transcend its genre, but it is going to entertain a lot of magical yuri fans. If you count yourself among them, go buy this game.

Starlight Vega is available on PC.