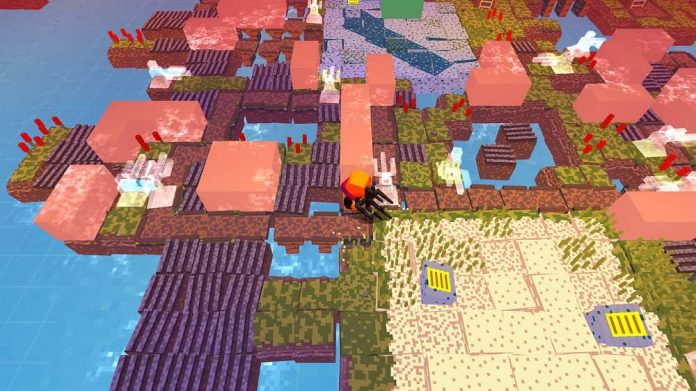 I’ve played simple puzzle games and imagined that this would be another in an overly long and depressingly shallow vein of mediocre puzzlers with barely one new trick up its practically transparent sleeve. But, while it certainly knows what it is and makes no bones about it, Stephen’s Sausage Roll isn’t your average puzzler.

This is a world filled with sausages: giant, raw, meaty sausages, waiting – with all the patience that a pork-filled intestine can muster – for someone to trot along and grill them up real nice. You take on the role of a little guy with a huge fork – we’ll call him Stephen – whose job it is to ensure that those sausages get cooked to a tee. Each puzzle presents you with a number of pork bags and a bunch of grills that you have to roll or push the sausages over in order to cook them to delicious perfection. Each sausage has four cookable surfaces on its tubular body: two on the top and two on the bottom, and grills come in a variety of configurations from lone, single-space grills to wide, flaming avenues but beware: if one part of the sausage is rolled or pushed over a grill twice, it’ll burn and you’ll fail, because no-one likes a burnt sausage (apart from my step-dad but we’ll leave that alone).

The game’s design owes a lot to Minecraft but, to be honest, that’s probably more of a decision based on the need to standardise the playing area into square surfaces rather than Stephen wanting it to look like Minecraft – because Stephen’s Sausage Roll really is its own, great looking, beast (though I wouldn’t put it past an enterprising fan or two to create Minecraft skins based on it). Each puzzle area is made up of three things: land, water and grills – with sausages on top. The sausages will be ruined if they fall in the water and Stephen is massively hydrophobic and won’t go anywhere near it – nor will he take one for the team and get his feet burnt so you can cook the perfect sausage, the git. The overworld is actually made up of the individual puzzles and you’ll need to orient yourself with each ghost of Stephen to begin it. Once you’re in, you have the option to exit the puzzle to try another, restart it from the beginning and, happily, undo each move you’ve made so you can have another crack from a point of your choosing. 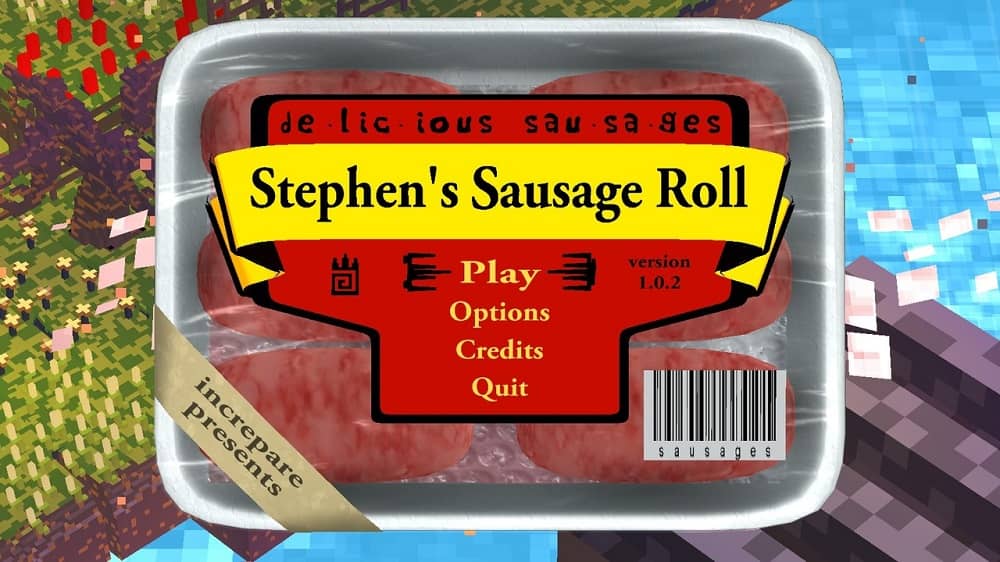 My first time playing the game I spent about an hour trying to solve four or five different puzzles with zero success. Literally. I didn’t even have any idea about how I’d go about beating them. Then, after ragequitting and crying myself to sleep for being a terrible gamer, I had another go. This time, after a good night’s sleep and a few cups of mind-sharpening coffee, I nailed three or four puzzles on almost the first try. You don’t just have to think about these puzzles – you have to rewire your brain to think around them.

That sudden realisation dawning is, probably, one of the most rewarding moments I’ve felt in gaming for a while: it’s not like downing a boss or winning a race or stealing some digital doodad in other games, it’s more like winning a battle against yourself. While preparing my notes for this review, I’d written that I felt like I’d developed a super-power overnight; that the difference in my puzzle-solving abilities from the first time I played to the second, just a night later, was practically miraculous and, while that might be a bit over the top, it’s a fair summation of how Stephen’s Sausage Roll can make you feel when you finally get it.

It’s not just the puzzles themselves that are the cause of Stephen’s Sausage Roll‘s massive difficulty; actually figuring out how to control the little fork-wielding Stephen is a puzzle in and of itself. The way you move, which way you rotate and which square you stand on while doing it can all affect the way the sausages roll so you’ve got much more to think about and overcome than you would in any other Sokoban style game – or most other puzzle games, for that matter. Not only that, but there are no hints, no tips, no tutorials. You’re dropped into the overworld, fork in hand, and left to get on with it. Sure, check out the notes you can see by all means, but be prepared to learn how Stephen’s Sausage Roll works the hard way. Don’t worry, though, it really is the best and only way to learn. 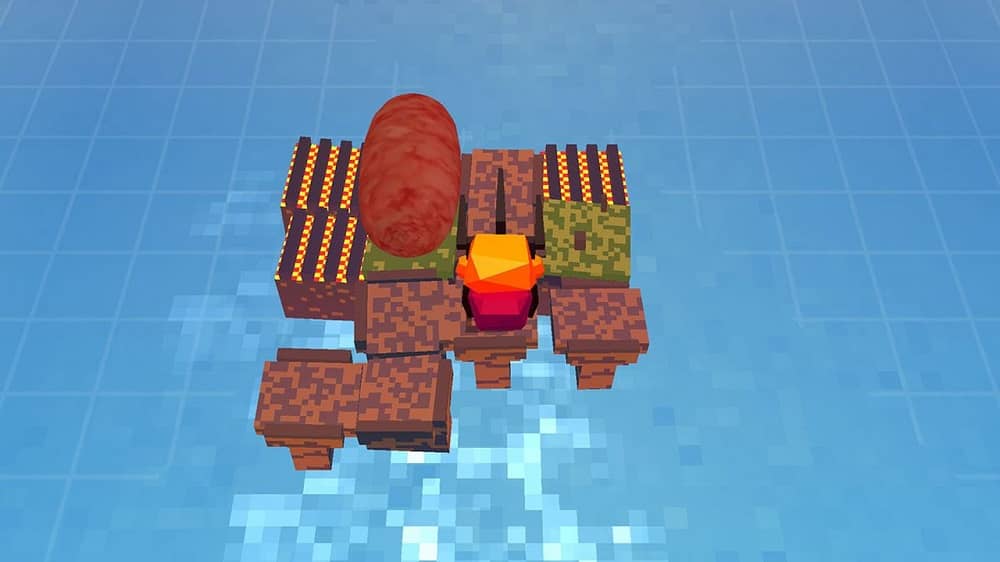 Right now, Stephen’s Sausage Roll is the sixth game in the long (loooooong) list of games and tools featured on Stephen’s Increpare Games website, all of which he’s created himself within an incredibly short space of time. The vast majority of those games are free – and I’d urge you to check them out – but Stephen’s Sausage Roll is not. It’s one of the very few things that Stephen’s created that you have to pay for. But you should; it’s worth every penny. And not just because it comes with ketchup.