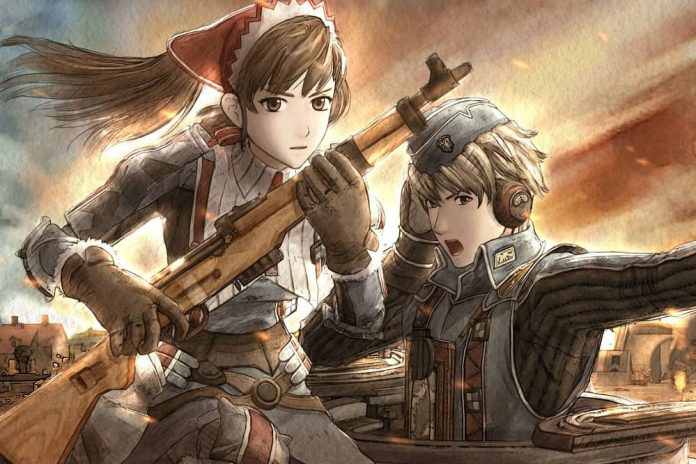 Despite being loved by critics, when Valkyria Chronicles was originally released on the PS3 in 2008 sales were what you could call disappointing here in the west.

Thankfully though, in its native Japan, it garnered enough sales and popularity to warrant three manga adaptations, an anime series and not one but two sequels, albeit for the Sony PSP.

With nothing released or hinted at for a couple of years after the 2011 release of Valkyria Chronicles 3 however, many feared that the series was dead. Then, in 2014, something amazing happened. Giving the series another chance at life, the original Valkyria Chronicles was ported to the PC and released via Steam, topping the sales charts and going on to sell over 800,000 copies, proving that there was still life in the old dog yet. Whether it was the result of the port’s strong sales or not, a new PS4 sequel/spin-off was then announced called Valkyria: Azure Revolution, due to be released sometime late in 2016. For fans of the series this was wondrous news, but with it came another reason to be happy; a remastered version of Valkyria Chronicles was to make its way to the PS4 too.

For those totally unaware of the title, Valkyria Chronicles is a turn-based strategy RPG focused on the exploits of Welkin Gunther, son of a revered war hero and a big nature lover. Returning to the Gallian border town of Bruhl to aid his sister after the onset of war between neighbouring superpowers, he gets drawn in to defending his hometown alongside Alicia Melchiott, the town watch captain. Unbeknownst to him though, is that his efforts only serve to further embroil him in the escalating conflict, and soon he finds himself with a position in the Gallian Militia. As the leader of Squad 7, Welkin must prove his worth and fight against the Imperial invaders that threaten all that he holds dear, but when a descendant of a race thought to be long gone from the earth appears it hits home that it’s not going be easy.

A story of life, death, love and war, Valkyria Chronicles tells a wonderful tale that is made all the better by its inspired story book style presentation. With each chapter of the tale spread out across two pages, it’s up to you to watch the story unfold at your own pace whilst also engaging in the missions that are interspersed within its pages. A large part of Valkyria Chronicles’ exquisite presentation however is due to the beautiful art style used throughout, giving it the appearance of watercolour pencil drawings. Trust me, it may be eight years old, but this game still looks great on PS4 and runs effortlessly smooth to boot. 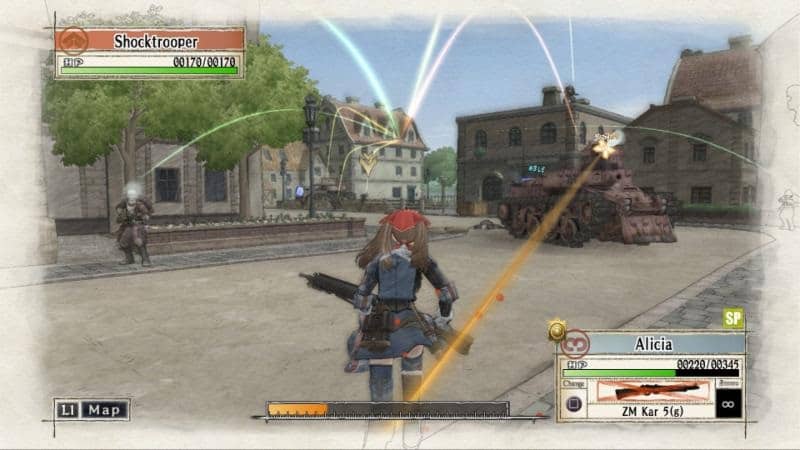 Combat is very much like that seen in turn-based strategy RPGs of old, but with a couple of caveats. With a limited number of moves per turn for instance, you’re not forced to move every unit once in a turn, but rather it’s up to you to decide which units you want to move, multiple times if necessary, in order to make the most of any given situation. Also the game eschews the grid system utilised by many turn-based strategy RPGs in favour of a free move system, where the distance any given character can move in their turn is determined by their class. These modernisations to the age old formula successfully make the game more engaging than many of its peers and also a great deal more tactical too.

Every battle begins with you deploying units on a map, forcing you to consider where to place the various units you have at your disposal for optimal effect. Scouts for example aren’t great fighters, but have a massive movement range meaning you may want to place them on your flanks so that they can move around the opposing forces in order to provide useful Intel. Shocktroopers on the other hand are there to simply put holes in the enemy, and with their short movement range you’ll definitely want to put them on the front lines to enable them to get into battle as soon as possible. Once you’ve done deploying your units the fight begins proper, and with you selecting which unit you want to take action with on the battle map the game changes to a third person viewpoint in which you have direct control. Of course, with each unit having their own strengths and weaknesses it’s a case of using the right unit for the job, and diligent choices will result in the single action that you may make during any given move hopefully having a positive effect, whether that be healing a fellow squad member or ending the life of an enemy soldier. One unit that proves to be essential in most battles however is Welkin himself; stationed in his trusty prototype tank, he’s capable of providing valuable mobile cover for his fellow squad members as well as dishing out a great amount of damage.

Rather than individual units gaining experience and levelling up throughout the course of the game, you’re awarded experience and money at the end of each battle with a bonus payout depending on your performance. Experience earned is placed into a pool which can then be used to level up any of the five standard unit classes available, improving the abilities of all squad members in the respective class and unlocking new combat orders for Welkin to issue along the way. Unsurprisingly, the money you earn on your exploits is also mainly used to develop your squad by purchasing weapon and armour upgrades, and that also goes for Welkin’s tank too which can be customised to some degree. Whilst it may seem strange that individual units can’t be upgraded, there’s a good reason for it; your allies can permanently die in battle. Whilst losing fellow comrades is always grim, especially when you’ve grown to like them, Valkyria Chronicles’ character development system allows you to replace them with ease without losing much combat functionality.

Right from the outset, Valkyria Chronicles’ combat relies on the effective use of each unit’s strengths to win, as well as making efficient use of cover on the battlefield. There is initially some degree of leniency, however, and often the enemy AI can act a bit silly, giving you a helping hand. But as you progress further into the game, it becomes absolutely vital to take the right units into missions and keep them in cover wherever possible due to increased enemy numbers and capabilities. Battles become to feel like just that; a raging conflict with an ebb and flow, where minor victories such as taking over a camp will rally your morale to finish the task at hand. If players ever find themselves faced with a mission that seems insurmountable though they need not worry, a number of repeatable skirmish battles are available to bolster your experience and cash if you feel underdeveloped. 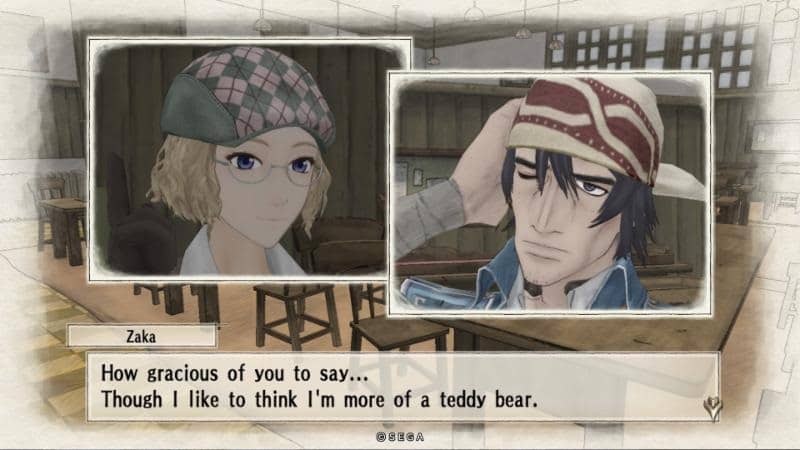 Simply put, Valkyria Chronicles’ gameplay is absorbing, challenging and rewarding, just as it should be, with only a couple of minor annoyances such as moving Welkin’s tank often being unwieldy and a weird graphical anomaly if you shoot an enemy into water. Both minor issues in what is otherwise a fairly flawless game. With a running time of over 30 hours just to complete main story, plus the inclusion of all previously released DLC including hard skirmish missions and additional side stories, its budget price makes Valkyria Chronicles Remastered a steal too. And let’s not forget that being a game originally released before they were a thing, fans will be happy that they can now play through it and earn trophies along the way, adding replay value and bragging rights.

All in all, Valkyria Chronicles was, and still is, one of the best strategy RPGs ever made, and this accomplished and very welcome PS4 port does it the justice it deserves. From its beautiful and timeless visuals to its engaging and often epic battles, everything about the game feels like it has been made with love and care, ensuring every moment spent with it is to be treasured. If you’ve never played Valkyria Chronicles before and are interested in the genre, consider this remaster a must-have. In fact, scrap that. If you just love games consider Valkyria Chronicles Remastered a must-have. This is a game so good, with such wide appeal, that I think even those who have never taken an interest in strategy RPGs before could find themselves enamoured with it. So go on. Buy it. Try it. You’re highly likely to not just like it, but love it.