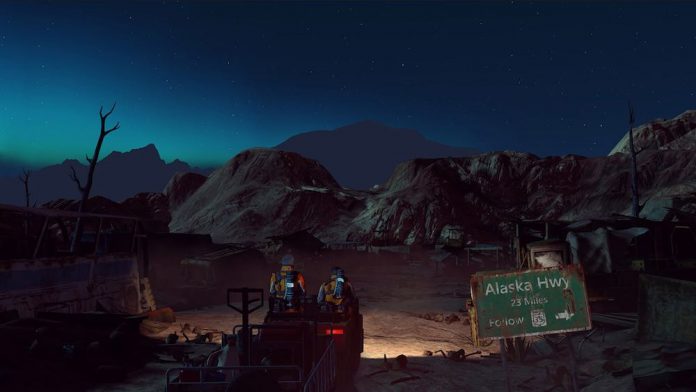 With Netflix, Hulu, and countless other streaming websites, people are getting used to being able to binge whatever they want, whenever they want.

We’ve grown tired and impatient and refuse to watch anything unless we can consume hours of it at a time. In spite of this, the episodic adventure genre of games has become something of a phenomenon. Sure, many people still wait for all the episodes of a game to come out before they play it, but many fans will stick it out and play each episode as it’s released and dread the time in between (especially if it’s a Telltale game, those folks aren’t known for their punctuality). But even games like Life is Strange, which won the BAFTA for best story this year (as well as six other nominations), do very well. The point is, that despite the age that we’re in of binging entertainment, people sometimes still love the feeling of waiting in between each episode to find out what happens next.

Episide one of The Descendant, entitled “Aftermath” is the introduction to a sci-fi episodic adventure game developed by Gaming Corps that does a really fantastic job of making sure that the player wants to come back even considering its short play time. With only about one hour of gameplay the first episode of The Descendant manages to introduce the apocalyptic in which that the game is set while also acquainting the player with the characters. The main idea of the story is that of a classic end of the world scenario. In the future, the Earth gradually starts to lose all of its resources, creating mass famine and weather disasters. In order to keep the human race alive the government decided that they would cryogenically freeze 4,000 chosen people to be woken up when the world was liveable again. Much like the Fallout games, the descendants – as the 4,000 are called – are put into Arks underground to live as human icicles. Where this episode starts off is long after everyone has been reawakened. Strangely, one of the arks, Ark 01 never opened and now it is your character’s job to figure out why.

The gameplay of The Descendant is very similar to Telltale games. If you aren’t familiar, the bulk of the game is made up of conversational choices where, depending on what you choose, the rest of the characters may start to feel differently about you. The rest of the gameplay involves walking around and interacting with objects in the environment in order to solve puzzles or to continue the story forward – and of course, a few quick time events where you have to quickly tap a button during a fast paced dramatic moment. The only main problem I had with the controls is that instead of giving the player a bit of freedom by allowing them to use the arrow keys to move their character, you must click where you’d like your character to go. The click-to-move element made movement a bit awkward and may have even caused me to get a bad ending. I felt pretty frustrated to have been penalised for not being able to control my character very well. 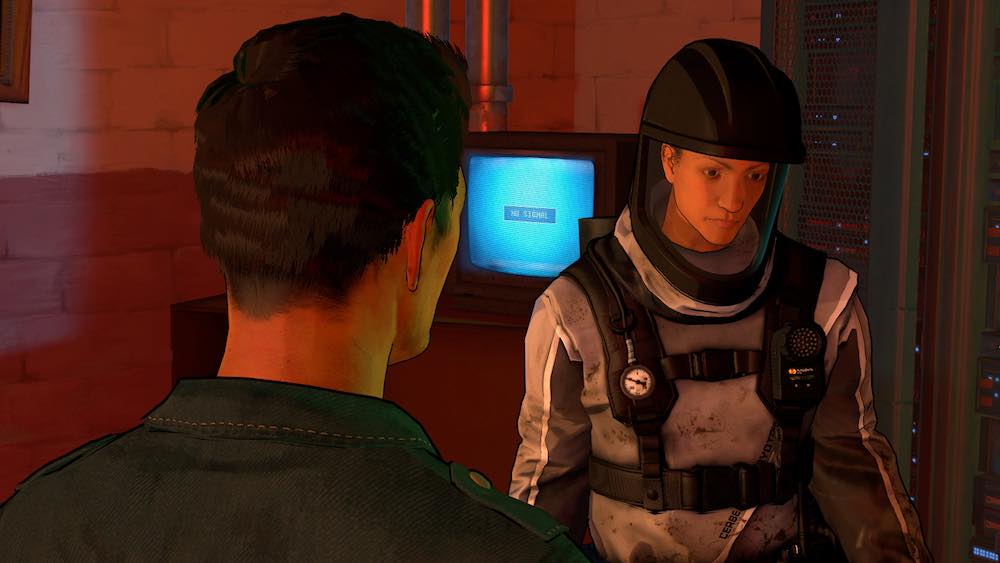 The most enjoyable part of The Descendant episode one was being able to discover what happened to Ark 01 along with the characters. At the beginning you play as Donnie who was a “janitor” at one of the other arks. The janitors were also kept under, but were woken up if anything went wrong within the ark. Donnie volunteers to see if he can figure out what is wrong with Ark 01. Through a series of flashbacks, the player only is able to see glimpses of what happened in the past that Donnie will soon be discovering himself in the present. In the past you play as Mia, a janitor for Ark 01 who works alongside another janitor named Silas. As things start to go wrong in the ark it is up to you, as Mia, to try and stop the worst of it. The art of suspense and mystery in this first episode is done brilliantly and is guaranteed to have players begging for more.

The Descendant: Episode 1 – Aftermath is a great introduction to this sci-fi adventure series. Aside from my personal issues with the controls, its short length, and a few glitchy moments, it all pulls together to form a pretty successful start. The graphics are well done, the voice acting is decent, and the music fits the atmosphere very well. Where the game really shines is in its unique story and interesting characters with mysterious pasts that I can’t wait to find out about. Here’s hoping that we don’t have to wait long between the remaining episodes to see how things turn out.