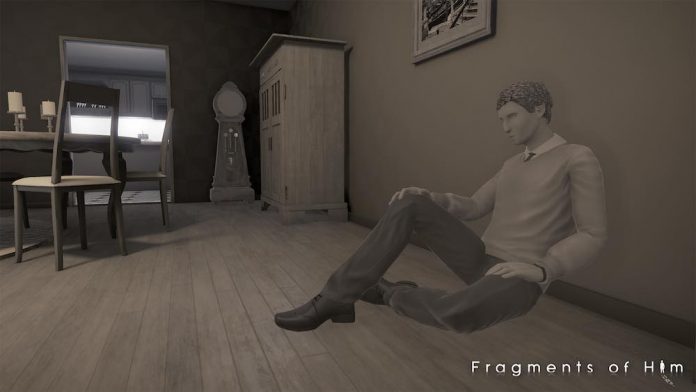 In the early days of video games, nothing mattered but action, gameplay and user input.

Whether you were controlling a paddle side-to-side to hit a ball, or pressing left, right and jump to get your pixellated friend from one side of the level to another, games were made to be played. Story hardly entered the equation at all. But now, in 2016, story has never mattered more. More and more we’re seeing “games” that are more narrative experiences than anything else; games that may as well be movies. The latest offering of such a game is Fragments of Him, a unique storytelling experience based around a young man called Will and his friends and family.

Let’s get it out of the way. Fragments of Him is certainly not a video game in the traditional sense of the word. There are no puzzles to solve, no princesses to rescue and certainly no combat to take part in. The most engagement you have is moving your character from one goal to another, clicking on a few pre-defined objects along the way. Most of the time, it feels like you could be watching a movie, complete with unskippable dialogue and cutscenes. This style of gameplay certainly isn’t for everyone, but for those of us who do enjoy sinking into a good narrative, Fragments of Him has a lot to offer.

Fragments of Him is in no way fantastical. In fact, this is probably one of the most grounded and realistic stories you’ll ever find in a video game. On the surface, Fragments of Him deals with LGBT themes, but that’s not all this game is. At its core, it’s a story of life, love and loss, and no matter your what walk of life, there will be some element to this story that strikes a chord with you. It’s an emotional journey from start to finish, and in its short two-hour run time you’ll find yourself connecting and investing yourself in the characters and their emotions. 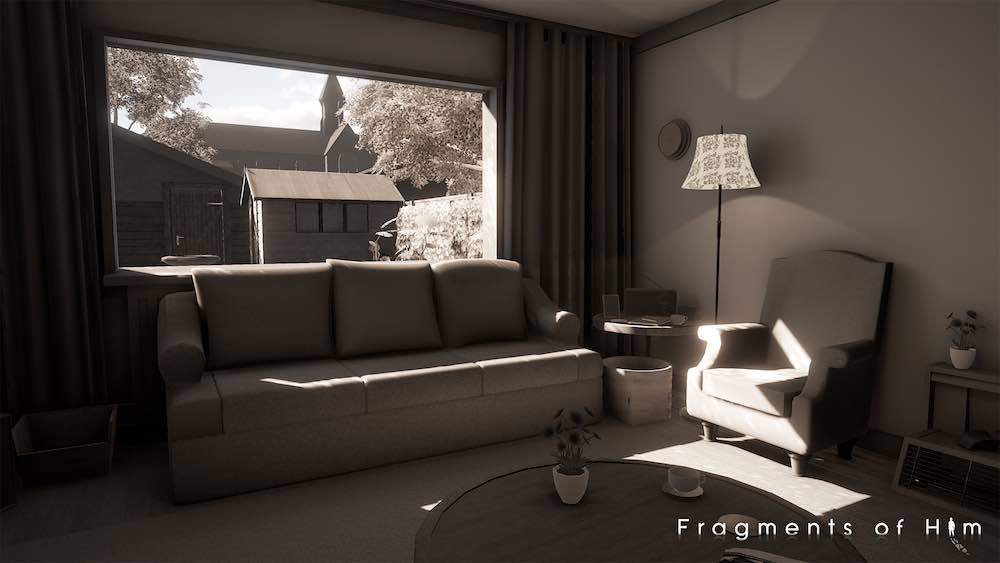 Being completely reliant on narrative alone, it’s imperative that the writing and dialogue be completely spot on. Thankfully, Fragments of Him is masterfully written, with impeccable dialogue that’s realistic, emotive and never clunky or awkward. The top-class voice acting only bolsters this further, creating a cast of characters just as believable as they are relatable. The art style of the game helps to nurture the realism of the game too, albeit with an artistic flair that makes it stand out from the crowd. The 3D models and graphics throughout Fragments of Him are carefully rendered, to the point that sometimes you could be looking at a photograph. The difference is that the game displays itself in desaturated monochrome, with sepia hues rather than a bright, realistic colour scheme. It’s a bold choice to display an entire game in such a way but it really works; the demure tones help to set the rather melancholy mood that permeates the air of the game right from its first five minutes; and as the story is told almost entirely in flashbacks, it’s a clever and fitting choice.

I think Fragments of Him‘s biggest downfall is that it is just too single-mindedly reliant on narrative, to the point where at times, it feels like it would be better as a film rather than a game. The gameplay devices used are simply moving around a limited environment and clicking on a particular object to move the story forward. There’s no room for exploration or doing anything outside of what the narrative has already pre-disposed. You’re merely mindlessly clicking on one glowing object then another as a way of figuratively turning the page. Towards the end of the game there are a couple of segments that require you to click on every object in an environment as a means of narrative expression. As a storytelling device, it’s poignant in regards the particular scene at hand, but as a gameplay mechanic it quickly gets repetitive and tiresome.

However, even taking that into account, it’s hard to dismiss Fragments of Him, for the simple reason that its narrative is so good. The blend of excellent writing, believable characters and careful pacing means that you’re desperate to play through and find out what is going to happen next. It’s the kind of game that you go into with the knowledge of what you’re going to get; nobody is going to load up Fragments of Him expecting action-packed, high-intensity gameplay, so as long as you already have the expectation of a story-intensive experience, then you won’t be disappointed. 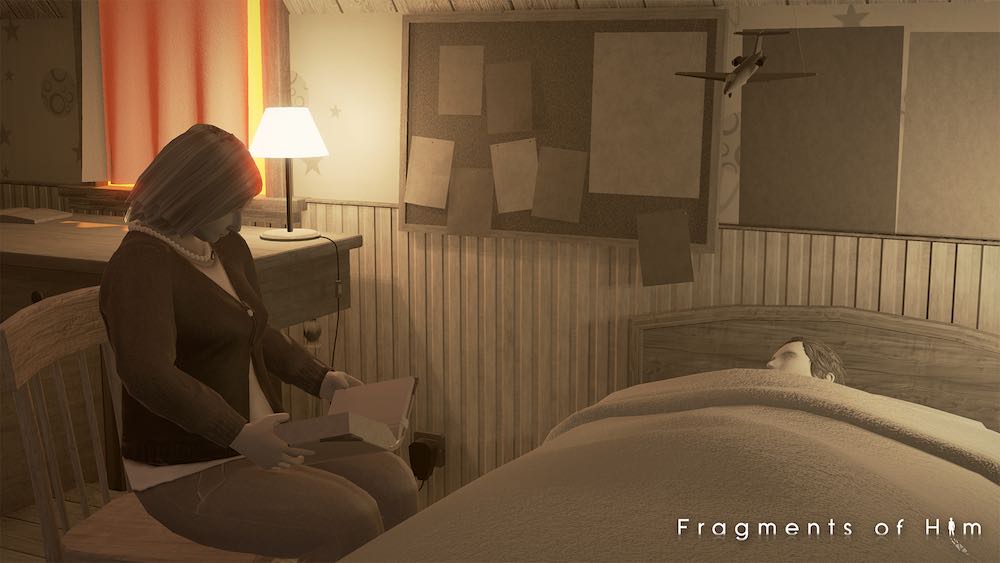 Due to Fragments of Him‘s very real and highly emotional subject matter, the story it weaves won’t be for everybody. Certainly, I’d go as far as to say that some may find it boring because it deals with real world issues without any need for fantasy or explosive plot points. For me though, that’s what makes Fragments of Him so appealing. It’s rare a story can be so powerful without the need to rely on some kind of grand narrative. It may not be the best in terms of gameplay, and at times you may wish you were just watching a movie, but the story that Fragments of Him tells is in equal measures important, beautiful, heartbreaking and uplifting. For that reason alone, it’s an experience well worth investing in.

Fragments of Him is available on PC and Xbox One. This review is based on the Xbox One version.