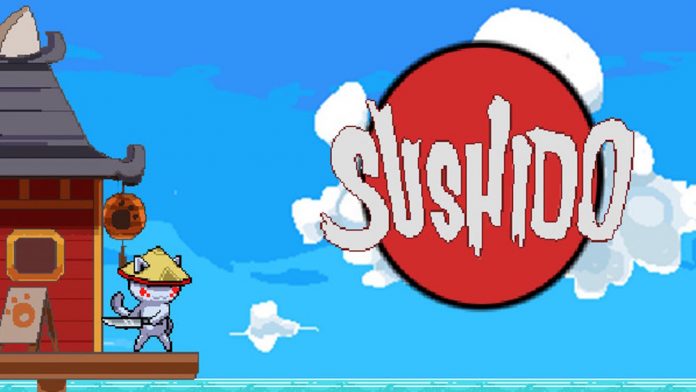 Not only is Friday a day to celebrate the oncoming weekend, get a takeaway and go out for a couple of bevvies with your friends and family, for us here at GameSpew it’s time for #FreeGameFriday/Saturday. That’s right Spewers; it’s the (second) best day of the week.

Firstly, my apologies lovely gamers for this week’s slightly late edition of #FreeGameFriday. Apparently this humble writer doesn’t know what days of the week are anymore and so I throw up my hands and say, “yes, I am an idiot”.

Right, now that’s all over and done with this week’s game is a rather unexpected contender in the races. We’re looking at Sushido by Diptoman. If you’ve scratched your chin and thought about how familiar that name is you may have read the Nature’s Sketchbook FGF from a few weeks ago but, boy, there’s a mile between the two games. Where Nature’s Sketchbook gave out a calming, almost therapeutic play-through, Sushido is the arcade game I’ve been waiting for.

Nicely designed, entertaining and hilarious in its stereotype, Sushido is a fishing game to compare all others against. Oddly enough there’s so much going on in this game that the first few times I died I didn’t realise why until I accidentally jumped onto a rock and noticed the three-heart bar blinking at me. For such a simple game, the amount of detail that’s gone into the design of it is very admirable and the soundtrack echoes that of a classic arcade game with notes of Japanese inspiration. 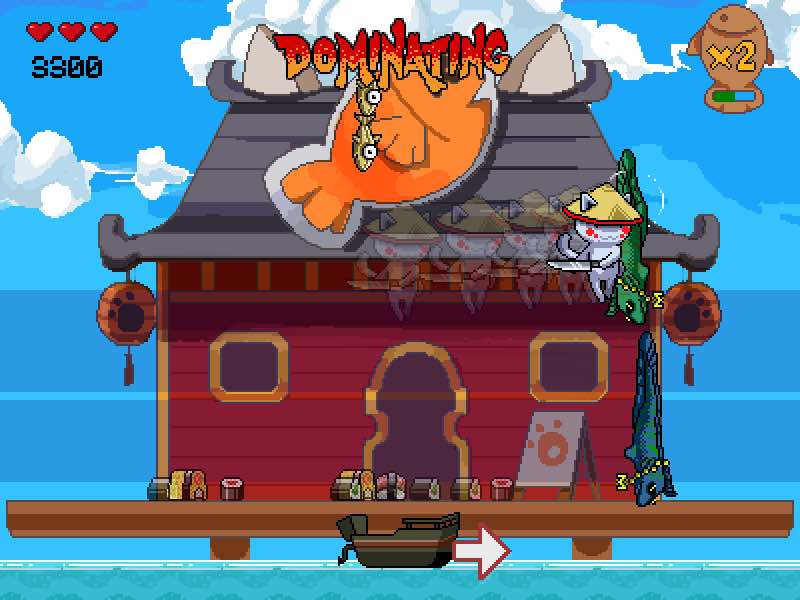 The movement of the piece is also very in keeping with its portrayal of retro arcade with a little modern design mixed into it, using drawn characters as opposed to pixelated figures and environments. We start off stationary in our little boat until the first fish hooks on. After that, and after we rack up a bunch of points, our little boat goes from “slow” to “booking it” across this seascape to ultimately catch as many fish as you can to cut up into sushi, all the while avoiding the rocks above the water. It sounds simple – it is simple – but this wonderful little game offers so much more than you originally think and is a true testament to its genre.

So if you’ve got an hour to spare, click the link below and get going. All it takes is a little download of its super small file and off you go. Apart from that, let us know how you get on in the comments or on Twitter by using #FreeGameFriday, we always love to hear your views, and I’ll speak to you next week, folks.