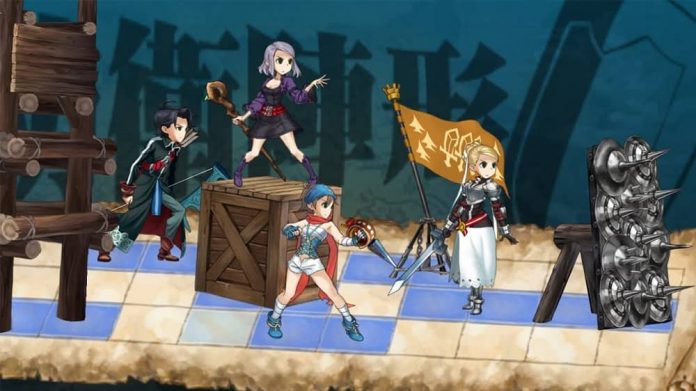 True mercenaries, by the very definition of the word, are utter bastards really.

Interested only in personal gain, whether it be fame or fortune, they abandon the concepts of loyalty, honour and virtue, switching sides on the battlefield as soon as there’s a whiff of the prospect of greater coin. I’d like to think that there are some out there though with a shred of compassion and a handful of ideals, shaping the contracts they accept and how they conduct themselves in the field. In fact, in Grand Kingdom’s Uldein, that’s how I envisage my own band of merry mercenaries to roll. And for the most part, it feels good.

If you’ve ever had the desire to create your own band of virtual mercenaries, then Grand Kingdom, available on PS4 and PS Vita, is the game for you. Plopping you into the Uldein Empire in which four nations are in a constant battle for dominance, it’s up to you to build your own band of swords-for-hire before taking on contracts and making a name for yourself within the mercenary guild. Of course, as sell-swords, you’re also free to ally yourself with any of the four warring nations as you see fit, representing them on the battlefield in order to build ties and fill your coin purse.

Whilst Grand Kingdom does have story driven campaign missions for those that want to engage themselves in a fairly entertaining yet easily forgettable yarn, it’s clear that they are not the main attraction. Akin to the most recent Disgaea games, the real draw of Grand Kingdom is creating and developing your characters, taking on a wide variety of optional missions to earn the experience and money required to do so. Even more an enticing prospect for many though will be the ability to enter online wars, in which you can partake in real-time battles against other players or simply dispatch a team of mercenaries to go about business in the background. 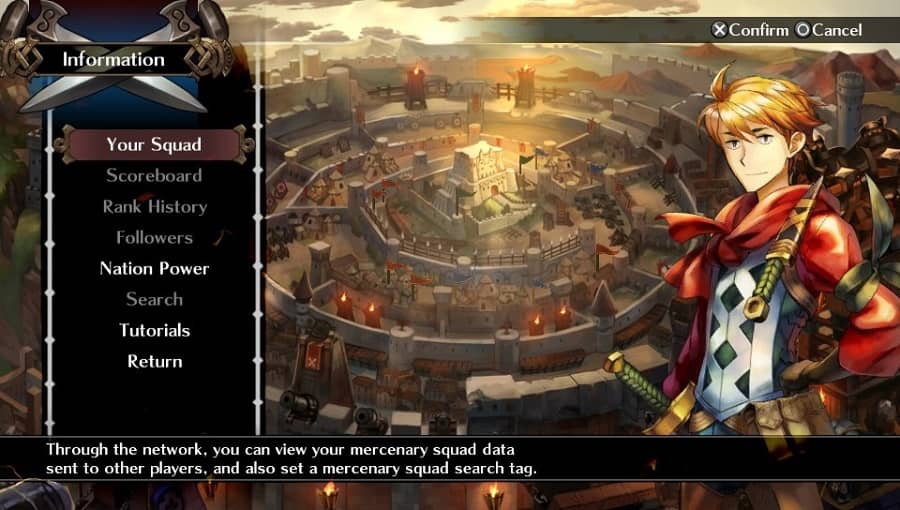 It’s an interesting idea, allowing turn based battles fairly typical of the JRPG genre to be played in multiplayer, and on the whole it works rather well once you’ve got your head around how the wars play out. It certainly provides some unique online gameplay anyhow, but that’s mainly down to the battle system which allows a great deal of tactical play. With characters able to move freely within three lanes and perform actions up to their action point limit, consideration must be given to the effective range of their skills to ensure you have a well-balanced team. A great deal of depth is also afforded by being able to assign skills into combos for the more melee-focused characters, as well as lay traps and obstacles on the battlefield to prohibit movement.

Whilst the myriad of menus that you have to wade through to develop your characters and facilitate your further activities are perhaps a little convoluted, anyone with experience of the genre should be able to get to grips with them rather easily. It’s a trend that continues throughout the game; nearly everything is a little more unusual or complicated than your standard RPG, but it’s familiarity means you pick things up as you go along. Even movement in the field when out on missions is rather peculiar, almost playing out like a board game.

Represented by what resembles a chess piece, your band of warriors is navigated around a map made up of squares (although by default you can’t see them), and it’s up to you to chart a path to your objective. Enemies are also represented on the map however, and when you move, they move. Bump into them, and battle ensues. To further complicate matters, missions also have to be completed within a set number of moves, although truth be told, the game is generally quite lenient in this regard. When you do wish to spend time searching for loot whilst dealing with hidden enemies and other irregularities on the map though, it’s always wise to pay heed to the number of moves remaining just to make sure. 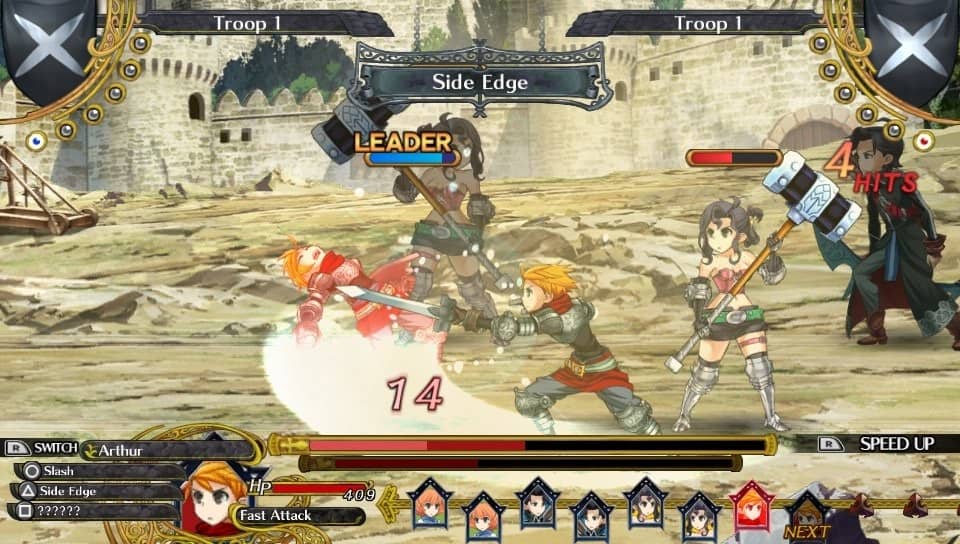 With its sumptuous 2D visuals, a rousing soundtrack and an engaging battle system, there’s not really a great deal to dislike about Grand Kingdom. Sure, perhaps it’s sometimes a little too convoluted for the uninitiated, but that’s just a fleeting issue past the first couple of hours. In truth, my only real gripe is that without a strong narrative filled with characters that you can actually play as in battle, it’s relatively hard to build a real bond with your band of warriors.

What you get out of Grand Kingdom then, depends on what you put in. Approach it like a story-driven RPG, expecting to be absorbed by an epic tale and a cast of likeable characters, and you may be left underwhelmed by what’s on offer despite the solid gameplay. If you put in the time and effort however, creating a group of mercenaries that you strive to develop further by engaging in the well developed turn-based battle system both online and off, then Grand Kingdom will prove to be a graciously rewarding experience.

Grand Kingdom is available on PS4 and PS Vita. We reviewed the PS4 version.