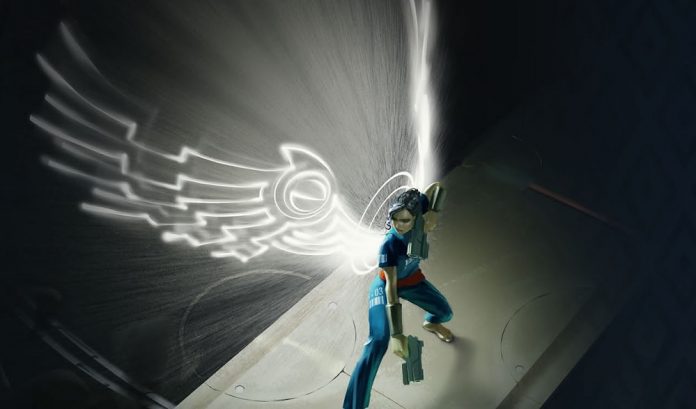 Early Access game Seraph may seem like a run-of-the-mill platform game, but actually it offers much more fun than your typical side-scroller. Why? Two words: Gun Fu.

Seraph currently sits in Steam’s Early Access, and not only is it more polished than a lot of the Early Access games on there, it’s currently one of the best. It’s developed by Dreadbit whose previous title was a steampunk-themed match three puzzler, Ironcast. Seraph is self-described as a “super-slick, skill-based acrobatic shooter” which is fair enough; it’s sort of like a platformer, but isn’t, and it’s sort of like a twin stick shooter, but isn’t. The game is being continuously worked on with many regular patches; a recent patch was deemed big enough to up the price of Seraph from £9.99 to £10.99. Though I have encountered some bugs which rear their ugly head with the amount of patches going out, right now Seraph is pretty fun to play nonetheless.

I was surprised to see that of all the Steam reviews it has (currently 61), 100% of them are positive. But it’s with good reason. The premise alone is interesting enough to grab your attention: “Take the role of an angel who’s mastered the art of ‘Gun Fu’ as she battles her way through hordes of twisted demons. However, dark magic has trapped the angel inside her human Vessel: if the Vessel dies, so will Seraph.” To make it engaging enough the “gun fu” has to be fun, and thankfully in Seraph it really is. It reminds me of the old Tomb Raider games where you’d do backflips and somersaults while firing dual wielding pistols; it’s the same in Seraph and feels just as satisfying in this platformer.

Because there’s no voice acting to Seraph – which I hope is something added in the future – there’s a lack of weight to the written dialogue; a lot of it comes across as being quite corny, and Seraph seems to feel the need to explain the main premise about 10 times near the beginning. With voice acting, I believe the dialogue could be given a much needed lift, and if voice acting isn’t a path they want to take, another read through of the script wouldn’t go amiss. On a more positive note, the music in Seraph is absolutely fantastic; it reminds me of Paul Leonard-Morgan’s soundtrack to Dredd, and that’s never a bad thing. 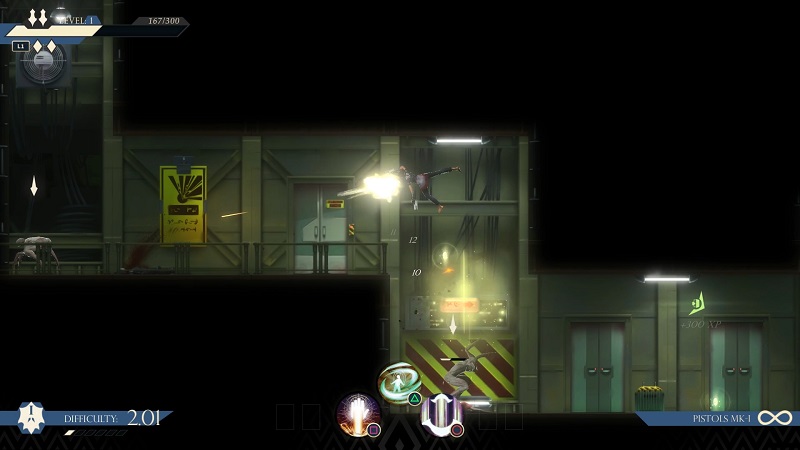 The main thing that Seraph currently has going for it is its gameplay. It’s extremely fun to bounce off a wall doing a back flip, all the while firing dual-wielding pistols and also throwing out an orb of holy light at demons that boomerangs back to you, then dodging an incoming barrage of attacks before landing on top of a bigger demon and using smite to exorcise it. At times you pull all of that stuff off in a matter of seconds. You can choose which two “miracles” you want to take into each level with you which are bound to A and B on an Xbox controller – Dreadbit strongly recommends a controller for Seraph and I echo that statement. Miracles are basically spells with a cooldown; one of them is the aforementioned orb which Seraph will throw out hitting everything in its path before flying back and hitting everything in its path a second time. I didn’t use the Miracles as much as I thought I would, only calling on them in cases of dire emergency; using both simultaneously helped me in a lot of sticky situations.

“The music in Seraph is absolutely fantastic; it reminds me of Paul Leonard-Morgan’s soundtrack to Dredd, and that’s never a bad thing”

Seraph is filled with RPG elements. On levelling up you choose a passive ability or upgrade one you already have. Once you unlock the passive Daemonsight you can pick up materials from demons you kill to craft more weapons, upgrade your Miracles, or craft Wards. Guns and Wards are found in lockers dotted around each level. Wards give you passive buffs but have a durability that dwindles when you’re hit. The problem with Wards is that they’re not as useful as they could be; although it’s nice to have one equipped, I never really felt any difference to incoming damage with damage reduction their main focus. I’m sure it’s something Dreadbit are looking at as they’ve already made recent changes to materials required to craft some of these items.

To keep players coming back even throughout the early access period, Seraph has daily and weekly challenges. These challenges are actually really helpful for your single player story as they give you useful materials. Throughout the game you collect shards which will give you different passive buffs – or “Oaths” as Seraph calls them. These gems come in the stereotypical rarity pattern, so the more rarer it is, the more it will improve your stats. For example, if you place a shard to increase damage done by pistols, a common shard will give you a 2% increase but a supreme (orange) shard will give you 10%. The challenges give you better quality shards as well as some materials; the better you do in a challenge, the better quality shard you could get. 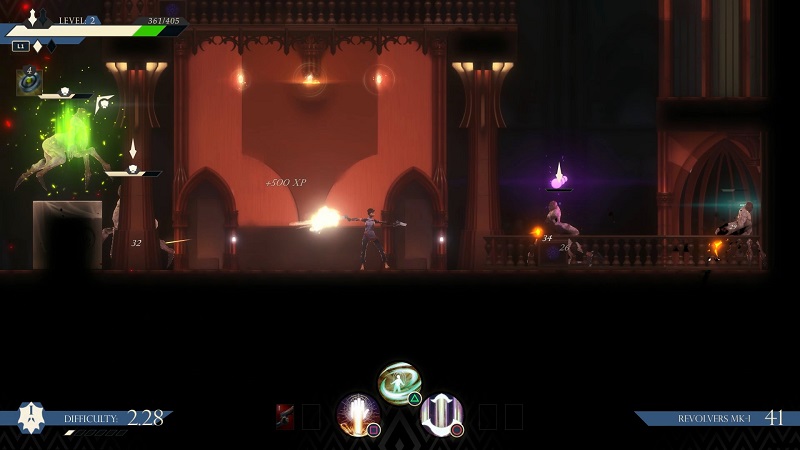 With added features touted to be on the way, Seraph could be something really special when it’s finished and released. Even in its mid-developmental state, Seraph shows a lot of promise and is a great example of Early Access done right. Between now and release Dreadbit will most likely add more levels, content, and story into Seraph, but it does almost feel like a finished game and that’s something to be lauded in the pit of Early Access. As it stands, Seraph is a fun acrobatic shooter that knows exactly what it is the players enjoy about it.