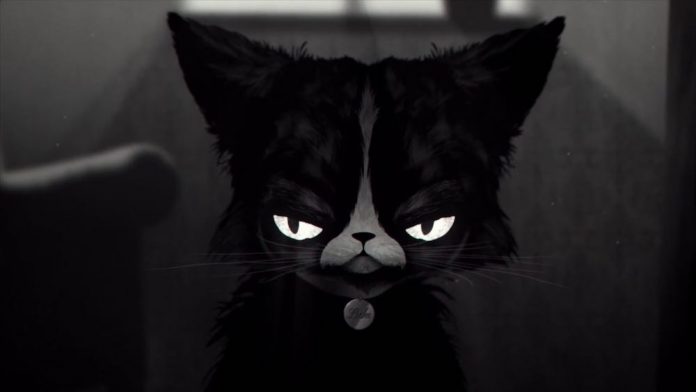 As the owner of a black cat myself, I can completely sympathise with the concept of Hello There’s She Wants Me Dead – a game in which a rather cute feline named Lula has got her sights on obliterating her owner in as many ways as possible.

Luckily, my own moggy never gets much more inventive than trying to trip me up on the stairs by attacking my feet. Not like Lula’s poor owner Max; he has to endure 10 levels of fireballs, spike pits, swinging axes, disappearing platforms, electric floors and a lot of deaths. A whole lot of deaths. In fact, 452 deaths in my case.

The inspiration of She Wants Me Dead comes from a song of the same name by Cazzette. It’s a catchy house-come-swing track that forms the basis of the entire game. It’s a good job it’s a decent song otherwise you’d be wanting to rip out your ears after hearing the same track on loop through 452 retries over 10 levels. She Wants Me Dead is touted as a rhythm game, in the sense that the obstacles in each level react to the beat of the music but more than anything, this is a twitch platformer that tests your reactions… and your patience. Keeping with the beat is second only to learning the patterns of each obstacle and carefully timing each movement.

She Wants Me Dead is hard. Incredibly so. But rather than being a fault, it wears it like a badge of honour. Being a short game, the longevity comes from the challenge of actually getting to the end of each level in the best time and with as few deaths as possible. The problem is, unless you’ve somehow got the patience of a virtuous saint, getting to the end of each level once is going to be more than enough. On many occasions I felt like ragequitting in a fit of gaming-induced Tourette’s but by some miracle managed to persevere to the end. Even after dying 452 times however, I’d reached the end credits in about 90 minutes. If you’re some kind of wizard or ninja, you could be done in about 15. Once you’ve completed all ten levels, you’ll unlock a time trial mode in which you can run through all 10 levels back-to-back – but there’s that problem of not having the patience nor inclination to play through them again. 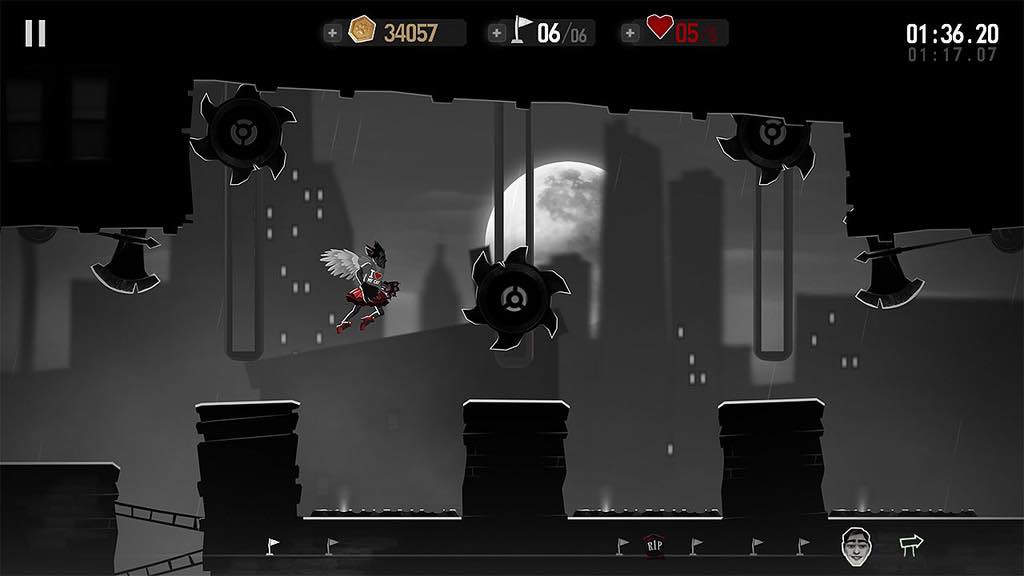 Thankfully, what She Wants Me Dead does right is checkpoints. Every level has three evenly-spaced checkpoints, so if you die you never go too far back. You start each level with five lives, and once they’re gone you either have to start the level over, or you can buy another five lives and continue from where you left off. Thanks to a very generous in-game credit system (and provided you don’t spend all your moolah on the plethora of outfits available) you essentially have unlimited lives. The downside of this means it takes away any real challenge to the game; since you never lose much progress when you die, you never truly feel the stress of having to succeed. Having said that, there’s nothing quite like the feeling of getting through a section perfectly, leaving you feeling like some kind of super boss – that is, until you die five seconds later.

To accompany the swing-inspired soundtrack, She Wants Me Dead has a impeccably styled film noir veneer. Presented mostly in monochrome with the odd dash of colour to highlight dangers and traps, it works really well. There isn’t too much variety in terms of setting between the ten levels, but thankfully the gorgeous art style carries you through without it ever feeling monotonous.

Where She Wants Me Dead falls down is in its control system. The difficulty is compounded by an overly simplistic control scheme: the only input you need are the left and right directional buttons (or the analog stick) and X to jump. The trouble is that the jump button doubles as a hop button: press it once to jump once, and hold it down to hop repeatedly. On many occasions I pressed once to jump, only for it to be followed by an unwanted hop, sending me head-first into some kind of deadly deathtrap. A game with high difficulty level is acceptable when you know you’re at fault for mistiming a jump or being too hasty, but when the controls seem to work against you it’s harder to forgive. The game also suffers from an annoying glitch at times where, if you jump to a disappearing platform at the precise moment it appears on screen, you get stuck in it for a few seconds until it disappears again – generally causing you to then plummet to your death. It only happened a couple of times, but it was enough to be annoying. 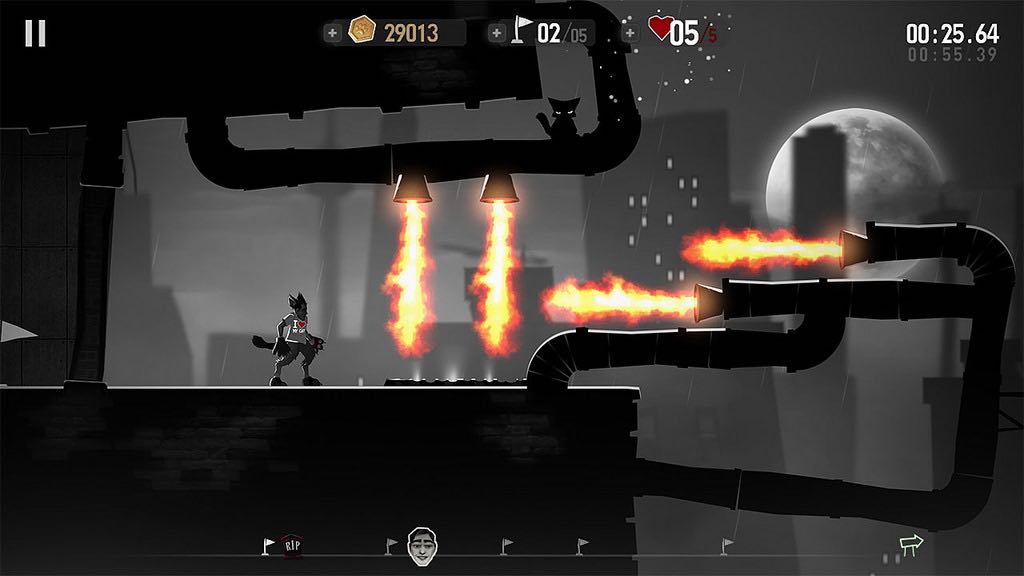 Despite its shortcomings though, She Wants Me Dead is a charming platformer that offers plenty of challenge in a neat package. For the average player, there may not be enough content to warrant the asking price, but for those that enjoy beating records and completing speedruns, it’s a perfect title. The option to completely customise the look of your character as well as changing the appearance of checkpoint markers in the level by spending in-game credit also adds a fun element, and longevity for those who wish to purchase everything. The constant deaths, annoying control scheme and odd glitch may get too frustrating for some players, but there’s still a lot of satisfaction to be found when you finally do beat a particularly hairy section – even if you have to die 452 times in the process. Oh, and the soundtrack may get a bit repetitive, but damn, it’s catchy.

She Wants Me Dead is available on PC and PS4. We reviewed the PS4 version.