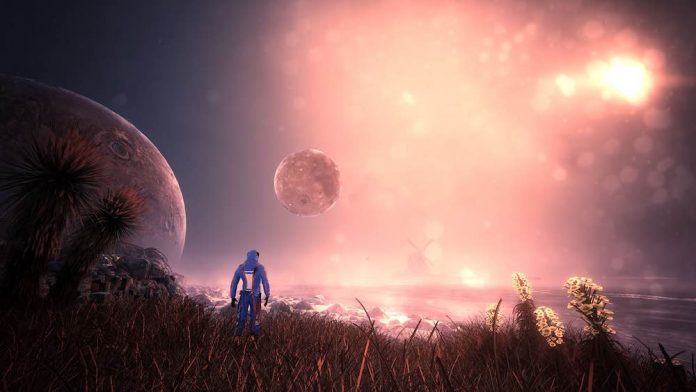 Wow! Just wow! The Solus Project is the first game I’ve played this year that has completely shattered all my expectations for it.

As a crew member aboard one of several colonization ships being sent from a fleet containing the last surviving inhabitants of Earth, fleeing their dying planet in search of a new home, you crash land upon Gliese-6143-C, a prospective planet upon which your shattered civilization might rebuild itself. Walking away from your escape pod with nothing but your environmental scanner and no way to send word back to the fleet, it’s up to you to locate your former crew mates and work out a way to contact home.

Gliese-6143-C is a hostile environment for human life to thrive in but undoubtedly habitable. The atmosphere is breathable though the temperature from day to night ranges anywhere from 45°C to -30°C which makes death from exposure a constant concern. Water and food are scarce and if you don’t make sure to get enough sleep you can overexert yourself and fall to exhaustion. All of this must constantly be managed by staying out of the elements, finding sources of fresh water and food, and seeking out safe places to camp. These survival elements, while certainly prominent, never really get in your way and act more as an excuse to explore beyond your comfort zone for new sources of nutrition and hydration than an obstacle in and of themselves.

A basic inventory and crafting system also exists which allows you to combine items and tools in order to beat back the elements and survive long enough to complete your mission. A whole host of items will slowly become available during your time planet side including torches, hammers, flashlights, homing beacons, and even a teleporter that will allow you traverse some of the more uneven terrain and explore out of the way places. 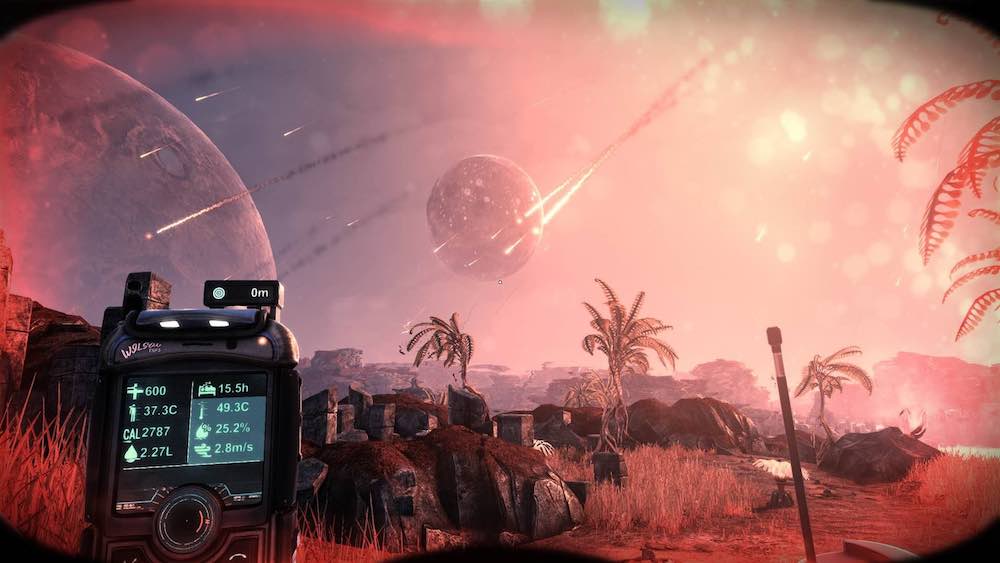 There is plenty to see off the beaten path, as The Solus Project contains one of the most fully and beautifully realized worlds I’ve ever had the pleasure of experiencing. Not beautiful in terms of its graphical fidelity, though; powered by the Unreal 4 engine and featuring a cohesive and colorful art design, The Solus Project is certainly pretty enough but its low-resolution textures, blocky environments, laughably amateur user interface, and less than stellar physics don’t hold a candle to the best of the generation. It does run fantastically on lower end hardware though with only some minor tweaking, which is always welcome. No, The Solus Project‘s greatest strength can be found in the thoughtful, interesting, hand-crafted world that goes far beyond its relatively uncomplicated visuals.

At its heart, The Solus Project is an adventure game. That is to say, there is a story here with a beginning, middle, and end, and if you so desire you can follow the forward progress indicator your environmental scanner puts up from one location to the next until the whole of it unfolds to its conclusion. It’s a walking simulator of sorts but to stop there in its description would be doing the underlying work that went into the construction of Gliese-6143-C a grave disservice.

This planet has history. A lot of it. I don’t want to say too much, as discovery is what The Solus Project is all about and all new players should come to it as fresh as possible. What I will say is that Hourences and Grip Games have managed to build a massive, explorable world that reveals more and more of its depth and complexity to you without sacrificing the urgency of a pressing objective or the clarity of a focused narrative. It is a balancing act that took no small amount of artistry to pull off and yet these developers have made it look entirely effortless. 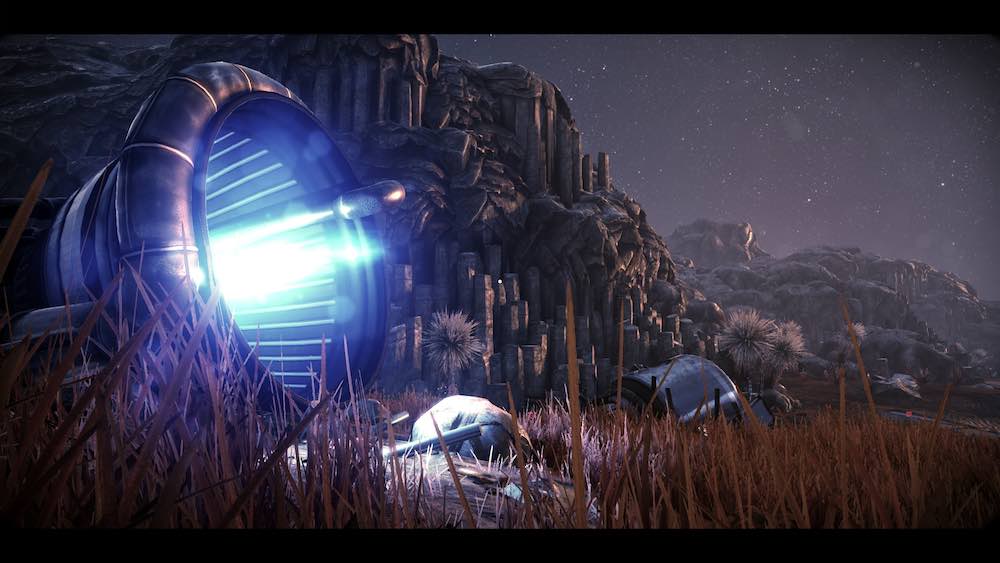 From the writing to the visual feedback to the sound design, everything has been expertly crafted to elicit specific sensory or emotional experiences that feel palpable and utterly real. Much of this probably has to do with The Solus Project‘s history as a VR featured title. I, unfortunately, do not own a headset myself but I can only imagine the sense of shock and awe that a meteor shower exploding across the surface of Gliese-6143-C as you run for shelter could inspire in full, stereoscopic 3D. Even on my tiny laptop screen I found myself ducking at the sound of the first landfall.

The Solus Project is available on PC and on Xbox One via Game Preview. We reviewed the PC version.