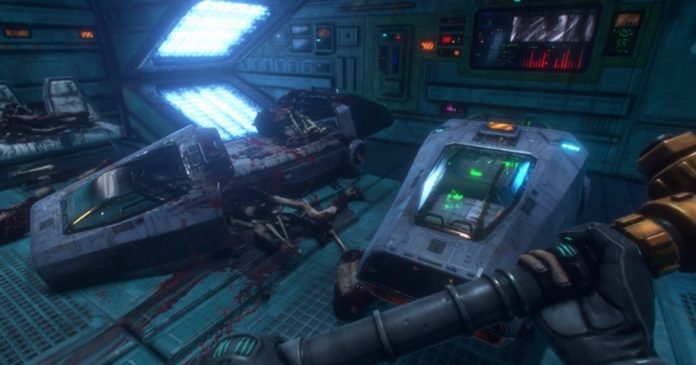 In case you didn’t already know, there’s a System Shock remake in the works – and there’s a demo out now!

That’s right, the critically acclaimed “genre-defining classic” from the early 90’s is being revived in all the glory (and gory) that the Unity engine can manage by veteran developers Nightdive Studios – a company known for re-releasing classic games and for failing to negotiate a license to remake The Operative: No One Lives Forever. They were also responsible for updating and publishing the digital versions of System Shock: Enhanced Edition and System Shock 2.

Nightdive have set up a crowd funding effort for the System Shock remake via Kickstarter (as you’d expect) and, in a cunning move, have released a pre-alpha demo of their work in progress. Most pre-alpha demos and even a lot of Steam Early Access games can be buggy, nasty looking, face-palmingly horrible experiences but, to Nightdive’s credit, they’ve managed to create something cohesive, good looking and eminently playable that’s sure to have people grabbing for their digital wallets.

“To Nightdive’s credit, they’ve managed to create something cohesive, good looking and eminently playable that’s sure to have people grabbing for their digital wallets”

Kickstarter screenshots, footage and even demos like this might not be at all indicative of the finished product – see the debacle that was Mighty No. 9 if you need any further convincing of that – but at least the System Shock demo shows that the franchise is in good hands with Nightdive and that they seem dedicated to producing something that existing fans and newcomers to the game can enjoy.

At the time of writing, Nightdive have already secured over a third of the funds they’ve asked for and the Kickstarter has been going for less than a day! It’s safe to say that, at this point, things are looking very good for System Shock.

You can check out the System Shock Kickstarter page here.