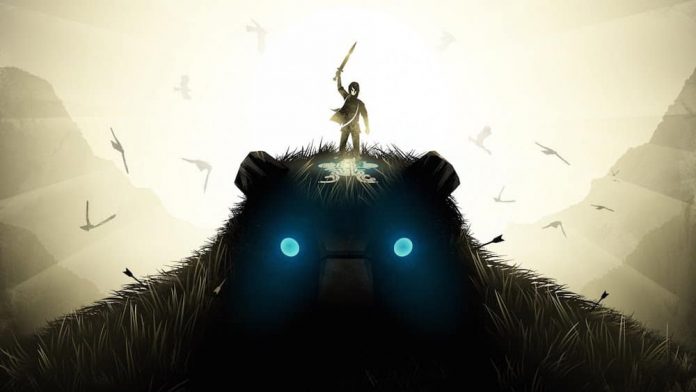 Games are at their best, at least in my view, when they give you an open canvas full of mystery and secrets. No one wants to be led through stultifying tutorial after tutorial; they want to jump in at the deep end and uncover what rare gems the developers have secreted away. That, perhaps, is why releases like No Man’s Sky are so exciting for modern players: they offer us worlds which, like the games of old which existed before internet wikis, are full of the unknown.

Let’s look back at some of those classic games which gave us such compelling mysteries. Without further ado, here are my top three games filled with mystery and enigma… 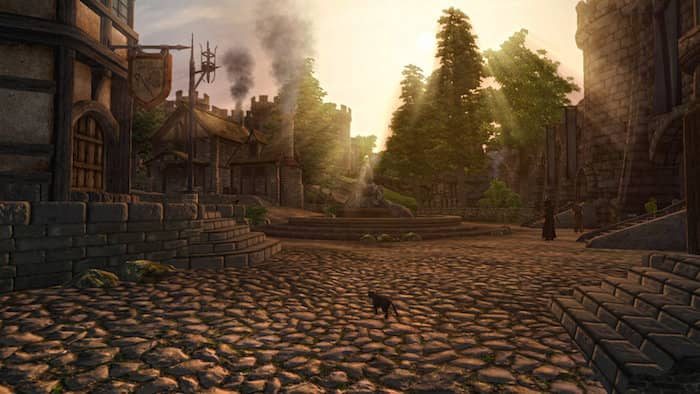 A lot of people might question why this game is on the list. The Elder Scrolls titles are generally filled with oodles of lore, dialogue, quest apparatus and character interactions which explain the mechanics of the plot. While this is true, I would argue that Oblivion, uniquely of the Elder Scrolls series, also contained profound enigmas that the player had to discover for themselves. Skyrim and ESO, although fine games, lacked this enigmatic dimension; it’s something I’d love to see return in Elder Scrolls VI.

Just a few of my favourite mysteries to be found in Oblivion:

But the mysteries were deeper than just interesting anomalies you could find (such as the gigantic mud-crab hidden in one of the caves off the Golden Road and a jaws-like Slaughterfish at the bottom of Niben Bay.)

“This was true black magic and made all the more secretive and dark by the fact there is no quest for this and no user guide; you just had to figure it out yourself”

This was true black magic and made all the more secretive and dark by the fact there is no quest for this and no user guide; you just had to figure it out yourself. Of course now there is a handy wiki page about the exact process, but at the time, this was a gothic secret only the most experimental and dark-minded players would find. After all, why would you want to capture the soul of a sapient being?

Shadow of the Colossus

Shadow of the Colossus intrigued players from the word go and, 10 years on, is still being searched for deeper mysteries. Not only is the story and lore wrapped in a kind of obfuscating shroud, but the gameplay itself is cryptic and defeating a colossi often felt like solving an immense puzzle. Of course, players had help once in a while with a strange riddle from Dormin, and there are certain indicators in the landscape and behaviors of the boss to point you in the right direction, but even with these prompts players needed to watch and observe and figure out how to beat the boss themselves. In many instances, there would be multiple ways to do it, and with each run through of the game, gaining more health and stamina and better equipment, these alternative ways opened up.

But if killing the colossi alone was difficult or obscure, the game would not be remembered. What people most remembered is the sense of some big secret lying at the heart of it all, one which players never seemed to be able to find. Craig Owen of Eurogamer wrote a fascinating piece on the “Last Great Mystery“of Shadow of the Colossus in 2013, and according to him the developers have admitted there is one secret players are yet to discover.

Part of what made Shadow of the Colossus so enigmatic was a less-is-more approach. Unlike Oblivion, in which the enigmas took the form of unexplained phenomena or processes amidst an explicable and well-documented world, in Shadow of the Colossus there was hardly anything to go on from the start. A few lines from Dormin, a few scenes of tenderness between Wanda and his love, and we know the full story of why he is doing what he is doing. The Hidden Land is sparse. Spotting a bird or a turtle feels like encountering a whole nest of buzzing life. The colossi are strange and lonely and resemble familiar creatures but also parts of the landscape. Why are their eyes human?

“What people most remembered is the sense of some big secret lying at the heart of it all, one which players never seemed to be able to find”

Wanda’s sword is mysterious. Why does it have the power to guide him to the next colossi? We know it was stolen from a temple according the priest at the end, but why was it created in the first place? Where is said temple? Why does its power reduce Wanda to a tiny horned babe at the end?

The secrets are also built into the landscape. Develop enough stamina and you can scale the side of the temple and reach the secret garden: the location of the game’s final, moving scene. There is fruit hanging from a tree which you can shoot down with your bow. It looks the same as other fruit scattered across the land, only eating it lowers your health rather than boosts it. Some have argued this symbolically counter-acts the boost you receive from killing a colossus and if you consume enough of the secret fruit to lower your health back to normal “human” levels you can access an alternate ending in which Wanda is not possessed by Dormin.

It makes sense: lowering your health appears to nullify the bonuses conferred by absorbing Dormin’s soul-pieces. But it has never been achieved despite countless players trying for 10 years. The mystery of why there is health-lowering fruit in the secret garden remains. The parallels with Eden, the Biblical fall of humanity, abound, but is that all it is, an allusion, or does it actually alter some key aspect of the game?

The garden is just one of many hinted secrets in the game which almost always turn out to be dead ends. Some players believe there is a secret city beneath one of the lakes in the Hidden Land that contains one of the colossi the developer’s removed from final version of the game. It feels, at times, like SOTC is urging the player towards discovering a grand world-changing revelation, but then, at the last second, denies it ever existed. 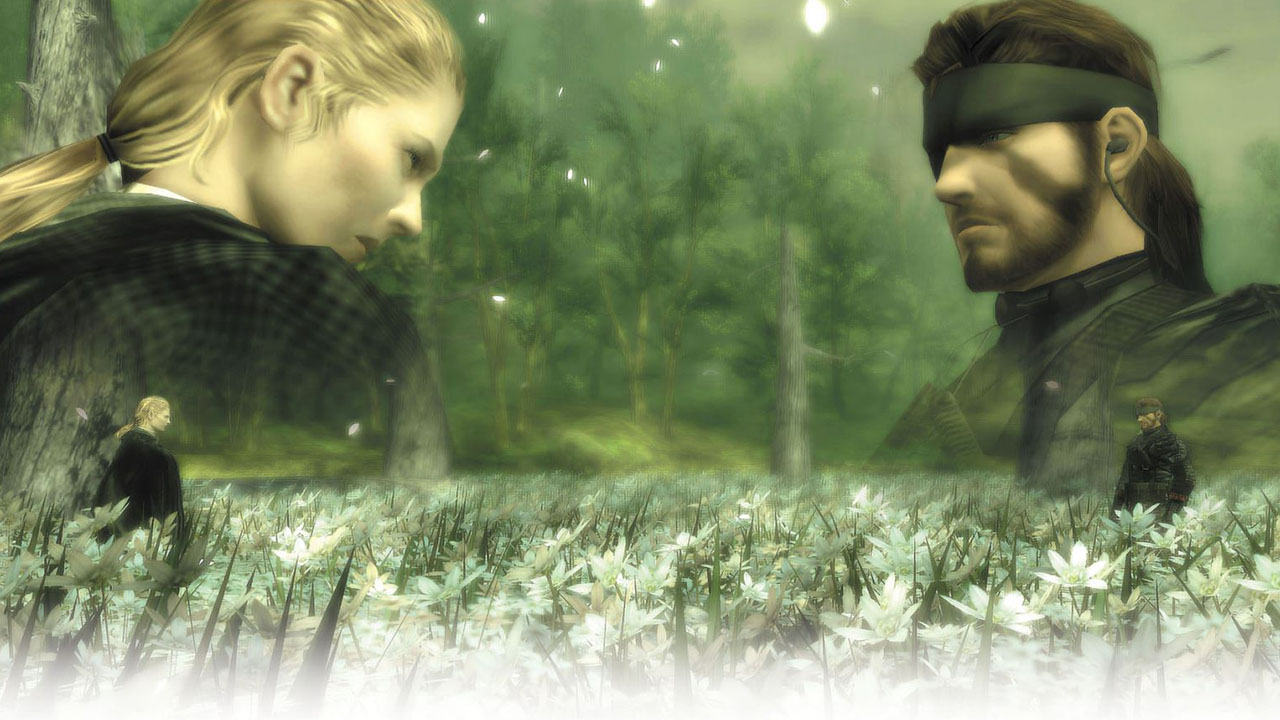 This is an amazing example of a game with a linear story that didn’t feel linear because the world was so expertly designed and there was so much to be found off the beaten track. I must have played through this game eight or nine times and each time I found new secrets. In fact, there are so many hidden possibilities in this game (including poisoning bosses with toads, killing central characters to create time-paradoxes, finding hidden interactions, seducing Eva, and much more) that I have had to narrow it down to a selective list of favourites:

The only reason this didn’t make the top three is because it has already been covered so extensively, especially since the release of Dark Souls III. It is, perhaps the most famous series of all time when it comes to mystery and enigma. The story is told through cryptic dialogue and vivid imagery, through hints in item descriptions and intuition. It challenges every aspect of player’s expectations and continues to defy players to discover new secrets and new depths. Suffice to say Dark Souls is a masterclass in “not holding the player’s hand”.

So, that’s my top list, but what about yours? Let’s relive those epic moments of mystery and discovery. It’s players’ stories which make the mysteries so interesting in the first place.