In a world of sequels, reboots and remasters, it’s refreshing to see a new IP announced. An unusual choice to end their conference on, Ubisoft chose to showcase Steep, their new, multiplayer focussed winter sports title.

Set in a snowy mountain region with Mont Blanc on one side and the wild Matterhorn on the other, Steep lets you choose your drop-zone and begin your journey down the crisp, brilliant white surface.

The massive focus on Multiplayer means that along the way, you’ll encounter other players within the world and you can join them, challenge them or ignore them as you see fit.

Challenges will include Wingsuit races, Skiing and Snowboard races, Paragliding, Trick events and many others. You can even custom make your your own event and tailor it to your own desire. 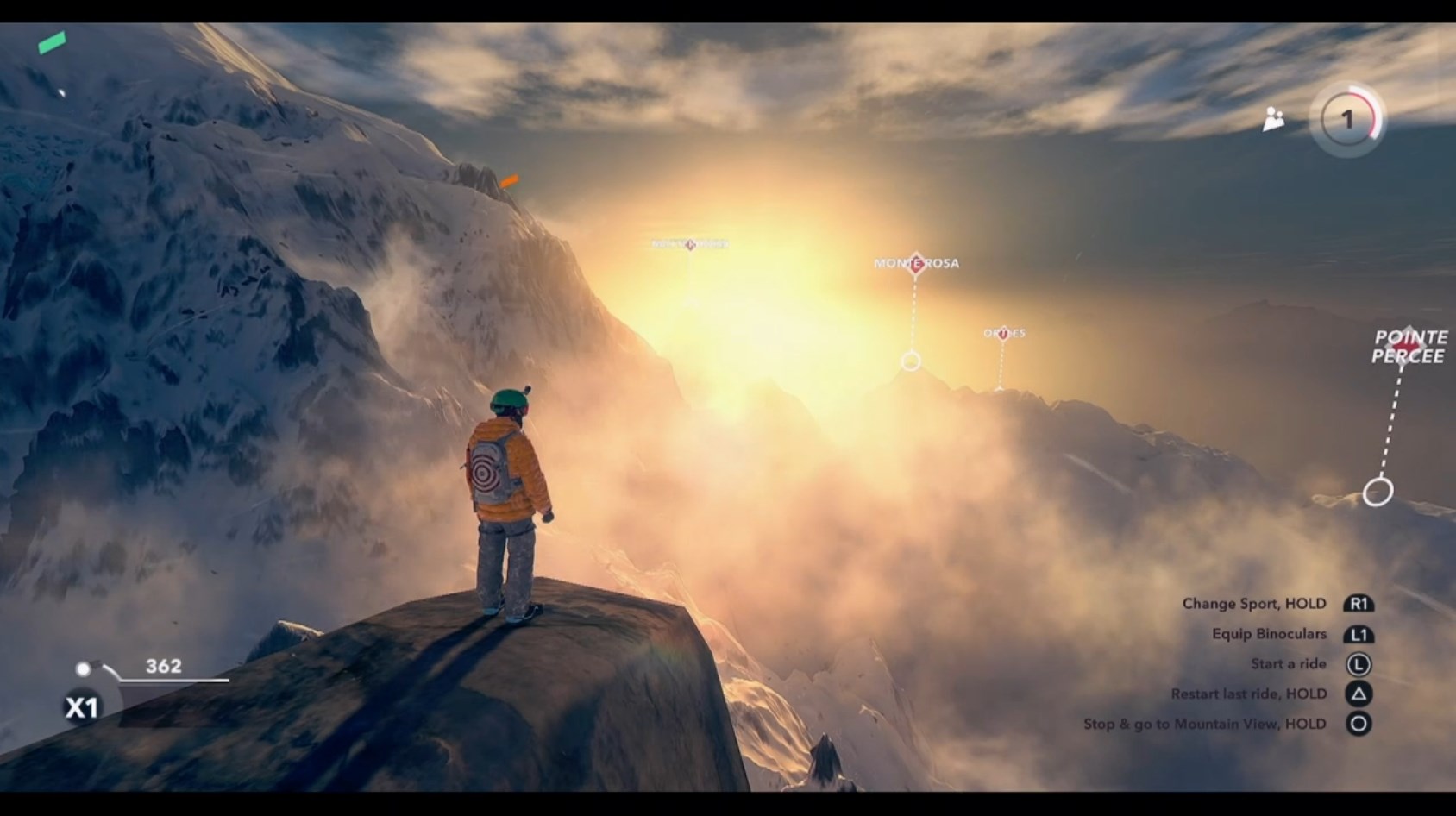 Your viewpoint can be from a GoPro, adding a level of realism to the already realisitic looking graphics and physics. There were a few textures out of place, but it’s got another 6 months of development time, so I’m sure that will be fixed by then.

Your runs down Steep‘s mountains will be recorded so you can instantly pause, rewind and review your epic (or not) performance and even see the replay of other characters you come across.

There were more than a few things that made me wonder how close to EA’s superb SSX series this will be, but it looks like enough has been done to avoid a straight comparison.

Keep an eye out for Steep‘s open Beta towards the end of the year and expect to be styling out down the mountain in December 2016.

Until then, enjoy these screenshots: