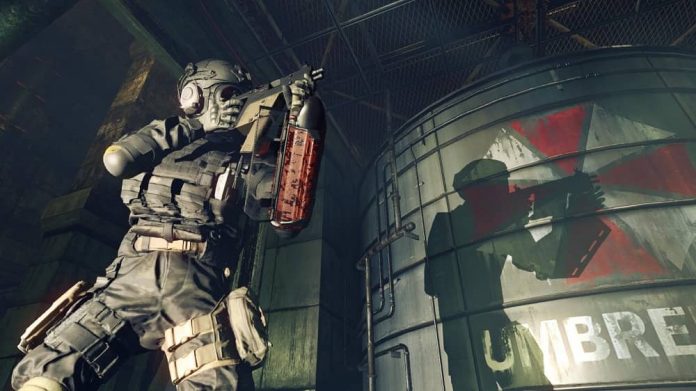 Resident Evil: the seminal horror title that began one of the most successful and beloved gaming franchises of all time.

It could be said however, that after the disappointing Resident Evil 6 and the unnecessary Operation Raccoon City, that its favourability is at an all-time low. With the reveal that the newest mainline entry in the series, Resident Evil 7, is set to ape Kojima’s excellent P.T. and take the series back to its horror roots though, things are looking up once again. It may be because of this that Umbrella Corps, the latest Resident Evil spin-off that no-one asked for, has been quietly sneaked onto digital shelves.

It’s a shame that Capcom hasn’t been more vocal about Umbrella Corps, a game in which you primarily engage in online three-versus-three combat, as the concept of it isn’t really that bad. With the majority of the gaming community damning it before it was even released however, you can’t really blame them, as it was always going to be an uphill struggle for it to succeed. In the end then, its numerous shortcomings almost feel like the result of a self-fulfilling prophecy; its scrappiness and lack of content probably indicative of a lack of faith in the title. Ultimately, it makes for an experience that shows promise, but falls way short of being thoroughly enjoyable.

For a multiplayer oriented title, the shock first hits when you realise there are only two online game modes, both putting you into bouts of team based combat. Multi-Mission is perhaps the more ambitious of the two, tasking you with winning a set number of rounds, each with a randomised objective. Your aim could be to collect zombie DNA, wipe out the leader of the opposing team, or even capture and hold a defensive point, but there are also some more obscure objectives like collecting collars that the game does a really poor job of explaining to you. Whatever your objective however, you can be sure that the fast-paced nature of the game combined with the small maps means that tactical play goes out of the window in favour of mayhem.

Simpler, and all the better for it, Umbrella Corps‘ other online mode, One Life, is just as it says on the tin. All players have only one life as opposed to the unlimited respawns found in Multi-Mission, and the sole aim is to wipe the opposing team out. The result is that battles in this mode are often tense, tactical affairs, making it the favourable choice for players that want a more refined experience. 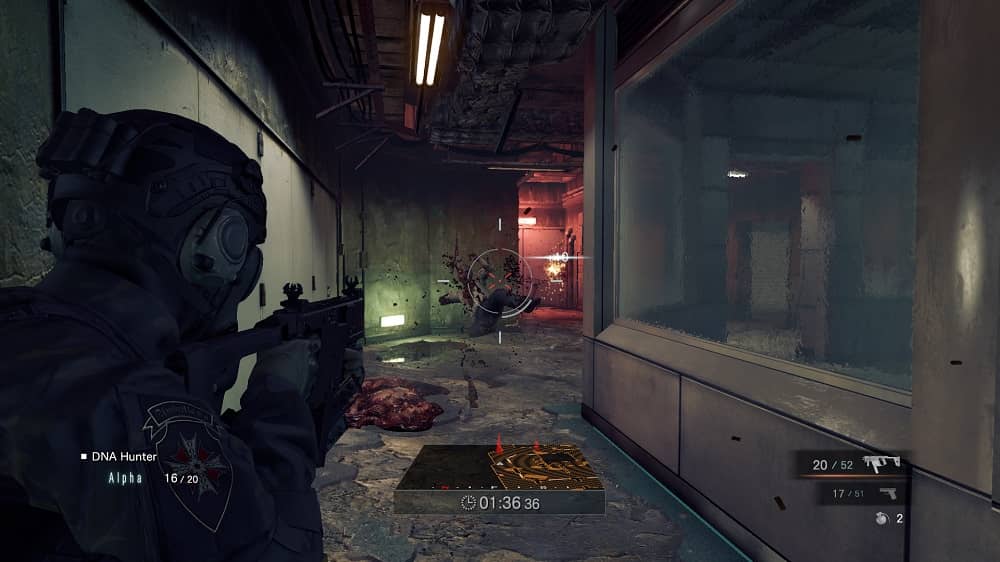 What makes Umbrella Corps online gameplay unique is that you don’t only share the battlefield with your allies and opponents, but also a whole manner of zombies too. At the start of each round, every player is equipped with a zombie jammer, rendering them near imperceptible to zombies unless they attack them. During the course of combat however, should any player’s zombie jammer get damaged, their day is going to be ruined by all zombies in close proximity aggressively heading their way. It’s a neat system that adds a little extra danger to the gunplay, and is perhaps the only thing that makes it feel a smidge like an actual Resident Evil game.

Another fairly unique feature to Umbrella Corps is a weapon known as the Brainer. Essentially a pickaxe, this melee weapon, that can be switched to at any time, feels graciously overpowered thanks to its vast range. What’s more, it can even be charged to make it even more ferocious. Unfortunately then, much like Gears of War has devolved into players just trying to outdo each other with shotguns, Umbrella Corps already has its fair share of matches where players just run around trying to “Brain” each other. It’s not like you can blame them either, when a map can be ran across in a matter of seconds, ending with a sharp piece of metal unceremoniously lodged in your opponent’s head without too much effort. You can of course attempt to block a Brainer attack from the front with a standard melee attack, but it doesn’t solve the underlying problem that the maps are just too small and the Brainer’s range a little excessive for it to not be a lucrative tactic.

Aside from let-downs with regards to map sizes and weapon imbalance, there are other disappointments too. Despite being able to engage in player and public matches, for instance, the experience required to rank up and unlock new weapons and customisation items can only be unlocked by playing in ranked matches. It’s not a major problem, seeing as you can party up with your friends before searching for games, but it renders player and public matches pretty much useless if you want to further your online career. Also, even though it’s only been out for a week or so at the time of writing, the player base is already so low that you often get matched with the same high level players again and again, making the learning curve very steep as someone new.

Mechanically speaking, Umbrella Corps leaves a lot to be desired. It’s got the typical third person shooter controls that you’d expect, allowing you dash, take cover, crawl and even aim down the sights, but it all just feels a bit unnatural. It’s also irritating that in order to change the shoulder you’re looking over you need to press up on the d-pad, requiring you to take your finger off the left stick and therefore relinquish your aim. It’s a small issue, sure, but it does hamper your ability to quickly adjust your field of vision in relation to the environment. 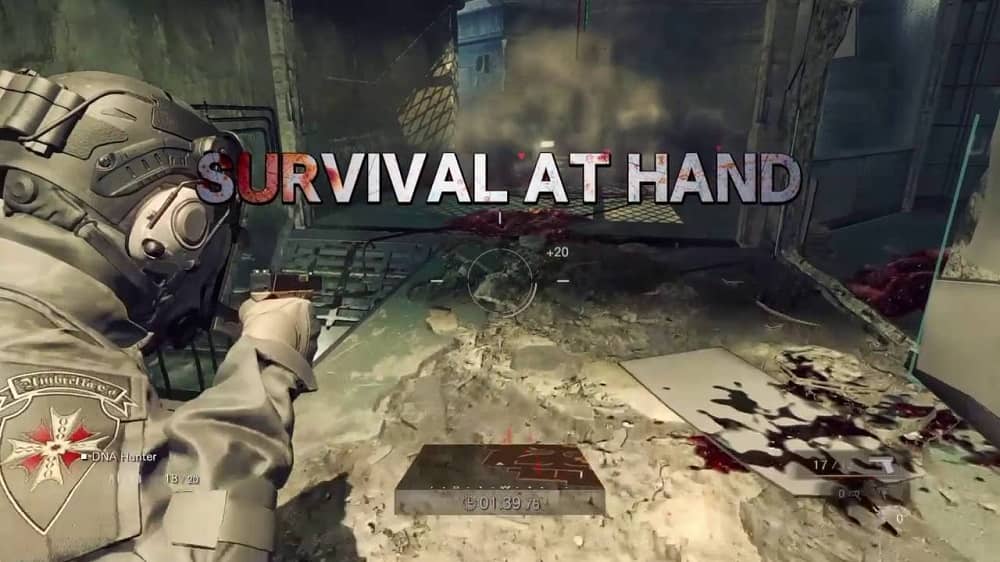 What comes as a huge surprise is that Umbrella Corps also features a single player mode, albeit a very basic one.  Called The Experiment, it boils down to little more than a horde mode in which you have to kill zombies to collect their DNA, and whilst its limited nature means that it gets repetitive very quickly, the biggest travesty is that you can’t play the mode in co-op.  Taking a stand against the ever increasing zombie hordes with your friends would have been perfect for a Resident Evil themed online multiplayer game, but alas, you won’t find that here. Instead, you’ll just get tired of trudging through the many stages, repeating the same old routine by your lonesome.

On the whole, Umbrella Corps is very much a missed opportunity. Light on content, unbalanced, and rough around the edges, it has some good ideas but they are drowned by its issues, making for an experience that is rarely fulfilling. With the promise of post-release patches and free DLC, there’s always the chance it could be somewhat turned around to make it a competent online shooter, but I fear that by the time any of it arrives the already slim online population will have moved onto something else. On that basis, Umbrella Corps is a game that I can’t recommend, although die hard Resident Evil fans with a solid group of friends, all looking for some online shooter action with a side order of zombies, may have a limited amount of fun with it.

Umbrella Corps is available on PC and PS4. We reviewed the PS4 version.