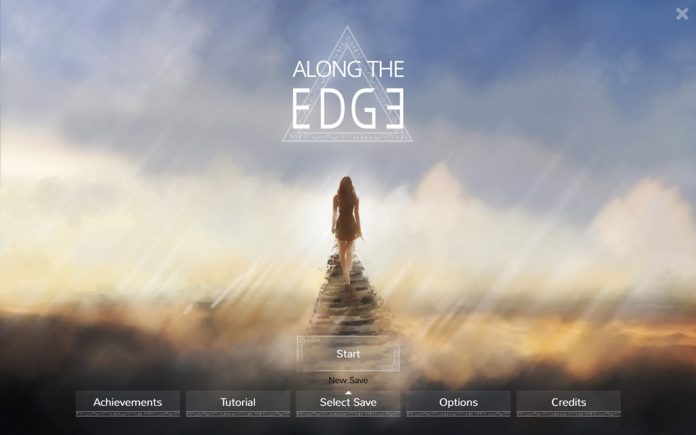 It feels like interactive stories or “gamebooks” are becoming ever more popular in gaming this past year – and god knows it’s about bloody time.

From the simplistic tales developed in Twine to richer escapades like Along the Edge, there’s something deeply satisfying and nostalgic when playing through your own non-linear adventure.

Along the Edge follows the story of Daphné as she makes a series of life decisions after a major trauma. Having received a huge legacy from her estranged grandmother, Daphné packs up her life in the city and moves to her newly inherited home on the edge of an isolated village. What appears picturesque to begin with takes a more occult turn as mention of magic, witchcraft and a dark family feud comes into play. Your decisions throughout the game determine major changes like whether Daphné continues teaching, what her view on the occult is, or what relationships she has.

Unlike the ease of a choose-your-own-adventure book, you can’t mark pages on the majority of gamebooks so all decisions have to be made very carefully. Along the Edge is one of those rare stories that blur the lines so deeply you don’t quite know you’ve made a mistake until it’s too late. Its sudden quick saves also abolish your ability to quickly exit the game and re-make your decision, which I both hate and love. Obviously it makes things more definite but it also means that with no recorded checkpoints or ability to save manually should you want to make another choice you have to play through the entire game again.

Running at about two hours long, that’s not the worst thing in the world but I can imagine it getting very grating further down the line. With six plot endings, four character destinies, three potential romantic paths, several minor plot points and 28 achievements to unlock, there’s a lot to get through. 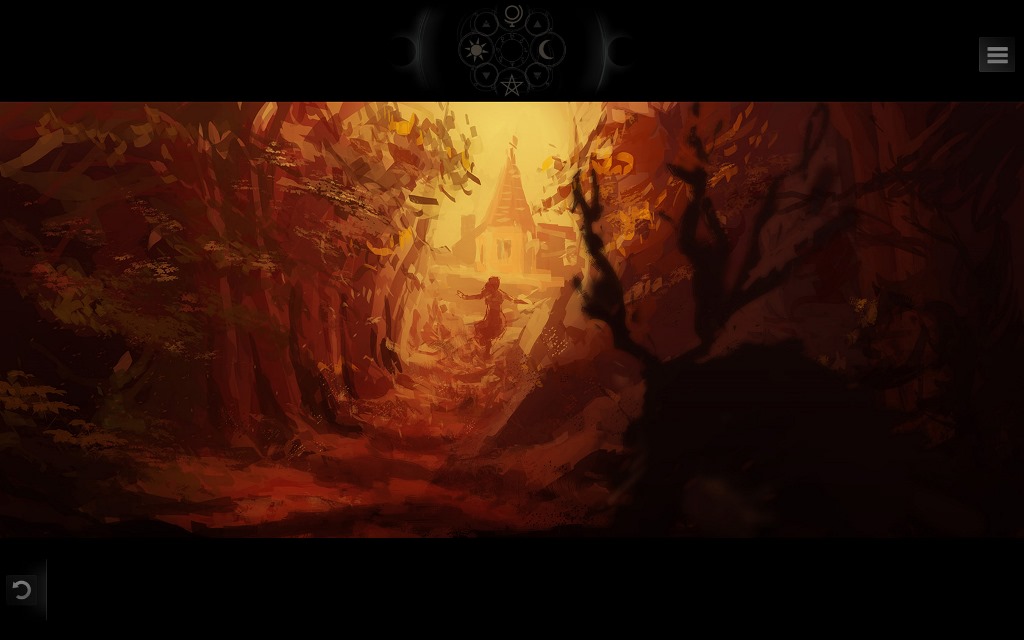 Mechanics-wise there’s not much to say. It’s essentially a point-and-click as with most interactive stories where you click on the lower part of the screen to advance the story, and occasionally on the left-hand side. Each decision you make lights up a part of the wheel at the top of the screen to show you what sort of path you’ve just taken. It’s a neat little element that summarises at the end what your most popular character-changing aspects were.

What makes it easy to fall in love with Along the Edge, however, is its artwork. Nova-box’s use of colour and texture really shines throughout the story. From the blurred, almost messy design of the scenes, it’s clear to see that Nicolas Fouqué is a very talented man indeed. Each textured stroke of the digital brush defines the picture without making it too realistic, allowing the illustrations to portray their own emotion along with Charles-Henry Martin’s beautiful, and original score.

The story itself is an interesting one, full of potential changes and twists and turns. Occasionally I noticed mistakes in the text but as it’s translated from its original French, it didn’t really bother me that much. I also found that at one point a decision had sort-of overruled itself during a piece of dialogue. I’m not quite sure why it happened but again it didn’t seem to mess with the plot too much considering the direction I took in the end. Other than those couple of hiccups Geoffroy Vincens’ description, detail and dialogue were really wonderful. I felt plenty of emotions during Along the Edge’s playthrough and all of them were very welcome from anger to disgust to fuzzy to butterflies in my tum.

To think of any negatives, and this is just being substantially picky, I really didn’t like the way the characters altered between blur and focus. As the names were written next to the selection of dialogue I know who was talking, so to blur the character a little was more distracting than it was endearing or artistic. I also felt that – whilst I appreciated the change in character emotion during speech to give it a little variety – there were some points during the game that the characters’ emotions didn’t quite fit the sentence as it was being spoken/emotions were too violent in their changes. 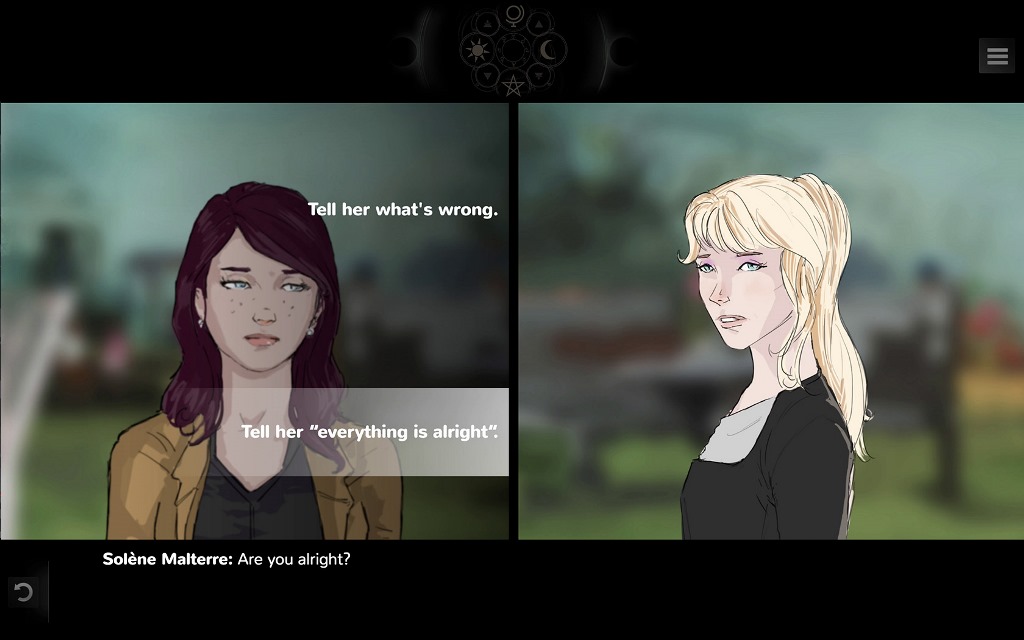 Again these are nitty-gritty teeny-weeny gripes purely because I loved Along the Edge. I wish they had an online store so I could buy some of their paintings in physical form or just have that wonderful score as background noise for the rest of my days.

Along the Edge sits steeply at $9.99/£7.99 and where I’m usually not a fan of paying so much for a gamebook of sorts, the game is worth every penny. With a high replayability factor, hours of entertainment and an intriguing concept, it’s certainly a game that draws you in more and more the further you dive into it.

Along the Edge is available on PC.