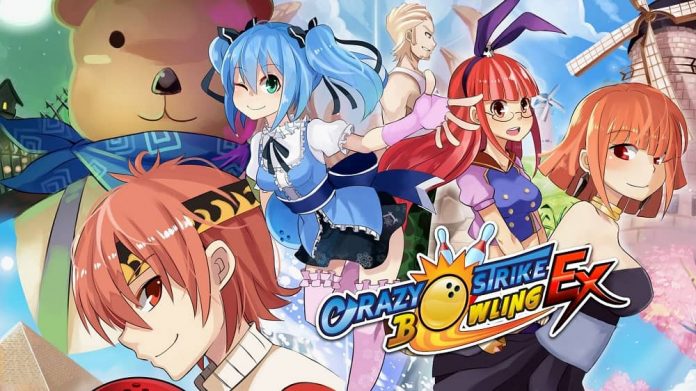 With all the ingredients in place, everything’s in order for Crazy Strike Bowling EX, and you can rest assured that it’s certainly going to live up its name.

Crazy Strike Bowling EX, In case you haven’t already established from the screenshots and rather telling name, is a rather eccentric bowling game developed by Thailand based developers Corecell Technology. It’s a game in which you have to rather enthusiastically knock ten pins down by bowling a ball to the end of the lane (just in case you don’t know what bowling is), usually with brute force or some fancy spinning skills. Whilst you can enjoy playing it by yourself though, it’s best played with up to three friends sat in the same room, delving into the few modes on offer to keep things interesting. All of this is bundled in an anime aesthetic that gives you six characters to play as, each with their own stats and unlockable content.

As you’d expect, a basic exhibition mode comes as standard that simply allows you to play a straight-up game of bowling like you would if you went to a tenpin bowling alley. You play a full ten rounds of throwing your balls down a well-oiled lane with the victor being the player that scores the most points, and as a simple bowling game it actually works fairly well. Drastically more entertaining, however, is crazy exhibition mode, which makes virtually rolling a ball down a lane about as fun as it can be. There are power-ups to boost your characters’ abilities, obstacles placed on the lane to test your accuracy, and each character also has their own unique special move for when you need to pull off that super special shot.

For more heated competition between two players there’s a battle mode too, in which both bowling combatants sling their shots from each end of the same lane simultaneously. The aim remains pretty much as normal for a game of bowling; knock down the pins at the other end of the lane, but with each set of pins essentially acting as a life bar, to win, you need to eradicate your opponents pins before they eradicate yours. Truly a test of who can balance accuracy with speed, the battle mode adds a unique spin on a very familiar game, as well as providing great laughs as both players frantically bowl their balls in the hope of emerging victorious. 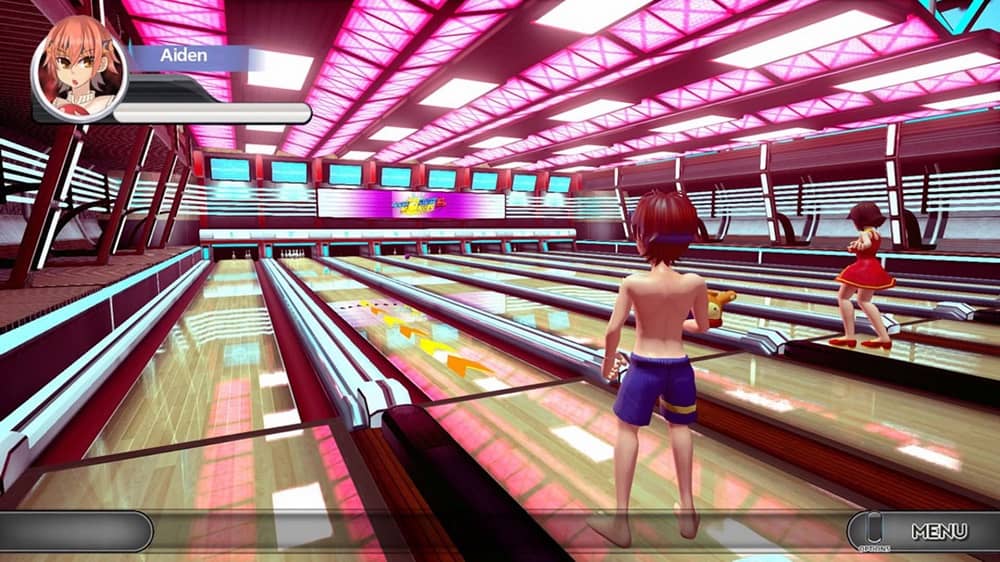 Rounding off Crazy Strike Bowling EX’s package is a single player only challenge mode that is sure to consume a considerable amount of your time. Starting off with the simple task of achieving a set number of spares within a time limit, more and more challenges are unlocked as you complete them; the difficulty ever increasing as you go. Aside from enabling you to develop your virtual bowling abilities by putting you in some testing situations, it provides some much needed appeal for those who like some sense of progression, essentially acting as a campaign of sorts. Trust me though, by the time the game asks you to conquer a 7-10 split you’ll be turning the air blue.

Being what it is, the only problem with Crazy Strike Bowling EX is that there just isn’t much depth to it. Bowling the ball down the lane is a simple act of lining up your shot and then pressing X a couple of times to set your power and accuracy, which is all well and good for an arcade bowling game that’s primarily just about shits and giggles, but it doesn’t leave a lot of scope for skilled or nuanced gameplay.  Sure, you can apply spin to the ball, but even that’s a basic task with no room for fine tuning, so winning often just boils down to being able to stop your accuracy marker slap bang in the middle of the sweet spot. This is a task which at first seems near impossible, and missing it by even a miniscule amount often sees your ball careering into a gutter, but after a short amount of play it will become like second nature to some whilst others could consistently struggle. In these situations the game still remains somewhat fun, although all notion of fair competition is thrown out of the window. It should be noted, however, that you can also play the game using PlayStation Move controllers and camera if you have them laying around, offering a more level playing field for players of all ages and skill.

Accompanying Crazy Strike Bowling EX’s arcade gameplay is a visual style that is quite befitting, although highly generic. You’ve got three typical anime ladies complete with outfits that aren’t entirely appropriate for a game of bowling, two basic gents and a creepy man in a bear costume thrown in for some added randomness. Whilst the character models are very basic and poorly animated, they do at least get the job done. You can unlock customisation items for the characters too, including new costumes, but it still doesn’t save them from being anything other than acceptable. Luckily, the various environments you can bowl in are more pleasant on the eyes, offering some nice colourful sights with some quirky goings on in the background.

All in all, Crazy Strike Bowling EX is what it is: a zany arcade bowling game that eschews realism and depth in favour of simple mechanics, colourful characters and some wacky ideas. As such, it’s a great deal of nonsensical fun when played alone, but shines the brightest when played with friends. It’s certainly not perfect; the graphics leave a lot to be desired, it’s assuredly shallow, and the act of actually throwing your ball down the lane can be frustrating until you learn to consistently get the timing just right, but it has enough content and charm to make it a worthwhile purchase for any bowling fan in need of a light-hearted spin on their favourite sport. 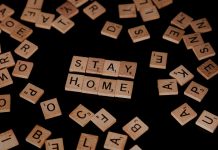 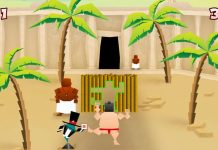 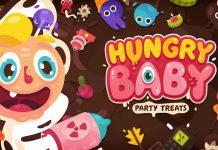 Hungry Baby: Party Treats is a Weird Little Game to Play With Your Friends