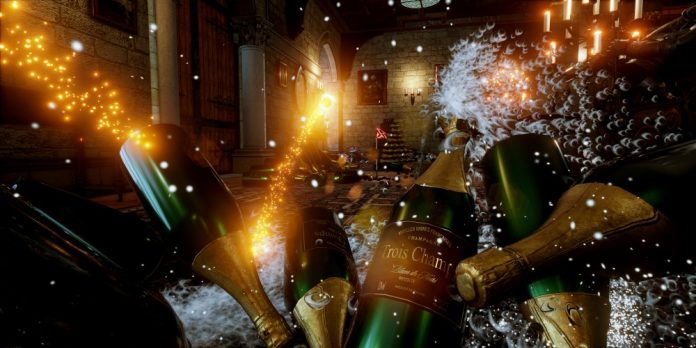 Of course you do: the crazy, car-wrecking racing extraordinaire with its infamous “Crash Junctions”. Unfortunately, the series has long since been a thing of the past, with nothing similar being available on current generation consoles. That is, until now. Three Fields Entertainment, a small studio formed from ex-Criterion developers who created the original Burnout concept, have revitalised the joy of the Crash Junction… but rather than controlling a car, you instead have a golf ball. And replacing the junctions full of traffic, you have a room full of valuable and destructible objects.

It already sounds epic, doesn’t it? For the most part, it is. Dangerous Golf packs a lot of content into a reasonably priced £15.99 package, and for any fan of Criterion’s signature racing game, I’d wager it’s a must buy. It’s not perfect, and it’s not without a wealth of problems, but for the fun it offers, most of these can be overlooked – especially as Three Fields have just rolled out a patch that addressed a lot of the early issues people had at launch.

The concept is simple: across a wealth of different locations, you’re given a golf ball to whack and cause as much damage as possible. You have to hit a certain number of objects before you’re granted a “smashbreaker”, a powerful explosion causing extra damage and giving you limited control of your golf ball for around 30 seconds. Whilst every level is measured on your overall score, certain levels have particular targets, such as destroying all the paint cans in a room. Completing this target will grant you a bonus on your score and make it easier to obtain that elusive gold (or platinum) medal.

As you progress through Career mode, you’ll come across new level types, such as hazard levels, “bucket blast” or putting challenges. Hazard levels make an element of the environment a danger, and should you make contact with it, your challenge attempt is brought to an abrupt end. Sometimes it’s a particular object, like a cake, and other times it’s a large section of the floor. Bucket blast adds a spin to simply knocking your ball into objects by adding buckets around the level that you can land in, granting you another smashbreaker before sending the bucket flying off to cause chaos. Putting challenges are the biggest departure from the rest of the game though, taking away that enjoyable destruction element and leaving you with a room full of holes to pot as many balls as you possibly can. To start out with, the departure from the norm made a nice change – and the first putting challenge was fairly enjoyable. However, the further you progress into the game, the more frustrating these get: with a timer thrown in for added pressure, it’s nigh-on impossible to get those coveted high scores. The game just doesn’t offer enough accuracy to make these enjoyably challenging. 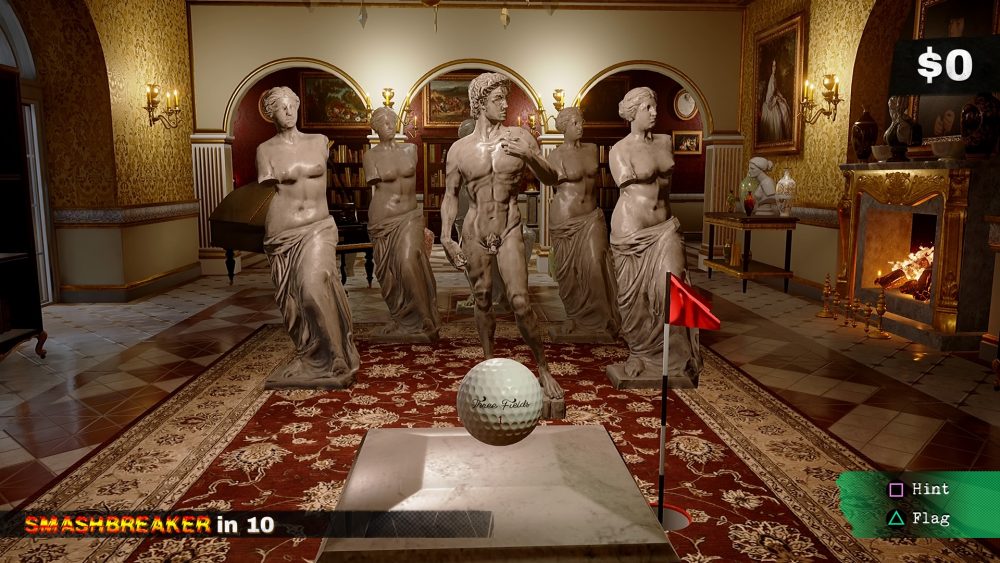 That’s perhaps Dangerous Golf‘s biggest downfall: at times, it’s just too challenging for its own good. The recent patch notes state that difficulty of some levels has been toned down, leaving a more balanced experience, but still, some level types are too fiendish to be truly enjoyable. Dangerous Golf is best early on, when levels are simple rooms filled with objects to destroy. The later additions of hazards to be avoided, larger areas to explore, secret rooms hidden behind warp points and limited amounts of breakable objects only seem to hamper the fun rather than expanding on it. Without true control of the ball, your success feels like it’s mostly down to luck, which can get frustrating fast.

That said, Dangerous Golf still does offer a massive amount of fun that you’re not going to find anywhere without pulling out your dusty PS3 or Xbox 360 and sticking on that old and scratched Burnout disc. With a full campaign of over 100 levels, spread over 15 unique environments, there’s absolutely hours worth of content here. Throw into the mix a separate co-op campaign, a party mode and an online-only multiplayer clubhouse mode, and for the price, there’s plenty to like.

The co-op campaign plays out exactly the same as single player, taking you through the same levels but this time with a friend in tow and a higher score to achieve. Player one always goes first, teeing off with a room full of breakables. Player two picks up from where player one left off, so depending on how well the first player did, there might not be much left to destroy. However, if player one completes the challenge – i.e. destroys all highlighted objects in the room, these will be regenerated for player two to break again. If you want to achieve the highest scores, both players have to consistently destroy all targets. Sometimes it’s easier said than done however; with often little left to destroy for  the unfortunate second player, it can be impossible to trigger the smashbreaker – in which case, you’re likely destined for failure.

Still, even though it gets pretty demanding fairly quickly, I’d wager that co-op mode is the best way to enjoy the game; with a friend or partner by your side, laughing at each other’s super crazy putts – or each of your total fails – makes that game that much more enjoyable. It’s still a legitimately enjoyable single player experience, too – with the difficulty perhaps being slightly better balanced when you’re playing by yourself – but with no-one else to witness some of your best stunts and most ridiculously unlikely hole-in-ones, some of the magic of the game is lost. 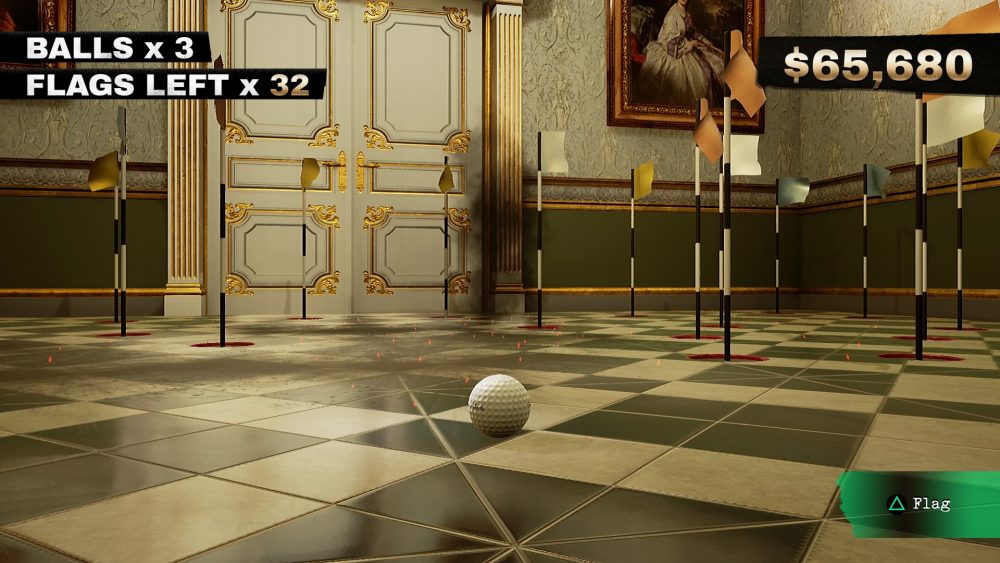 With its brilliant graphics and mightily impressive physics, had Three Fields concentrated a little more on the zany and fun side of Dangerous Golf and toned down the often ridiculously over-demanding challenges of the later levels, recommending this game would be a no-brainer. As it stands however, there’s still a genuinely high amount of enjoyment to be had, but frustration will likely soon mount for most players once they reach the hazard levels and putting challenges. If you miss Burnout‘s Crash Junction mode though, and are looking for something that doesn’t take itself too seriously, Three Fields’ debut into the independent game market is still an impressive attempt that warrants your attention.

Dangerous Golf is available on PC, PS4 and Xbox One. We reviewed the Xbox One version.