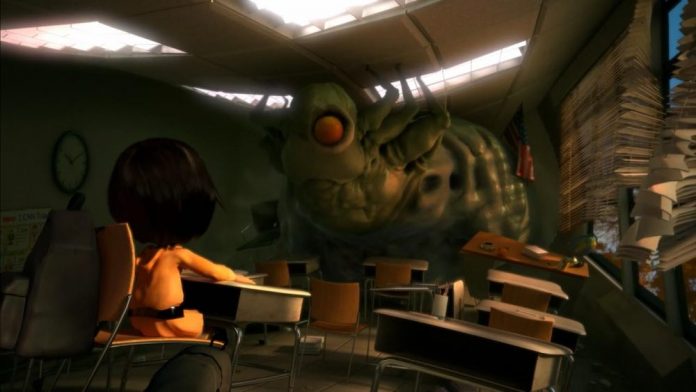 With the market saturated with games that want to be a throwback to the games of the late 80s and 90s, it takes a lot to stand out. Visually, Daydreamer: Awakened Edition certainly does that. With great creature and character design, distinct levels that convey the themes and concept, aesthetically, Daydreamer is gorgeous. Unfortunately, aesthetics only go so far and it’s gameplay that truly needs to put a game ahead of the pack and in this regard, Daydreamer is so stringent in its adherence to being “old school” that it truly ruins the game. I won’t mince words; I hated this game.

While I certainly understand having a place in your heart for old school gaming, game design has evolved and improved upon systems and mechanics in many ways making what is old new again. In Daydreamer these improvements are largely ignored and instead I played a game riddled with so many bone-headed design decisions that I literally got to a point where I just stopped playing it. With so many great games available, suffering through something so unenjoyable is a waste of time and an exercise in frustration.

Narratively, Daydreamer is simple. Aliens have taken over Earth and have put the surviving humans in stasis. The heroine is awoken from this stasis by the Immortal Gate Keeper and is tasked with felling the alien threat. And so begins the adventure that takes our heroine through various stages with themes such as a twisted suburb, subterranean caves, a decayed city street and more.

It’s in the visuals where Daydreamer truly shines. Varied and wonderfully rendered, the levels and the character design is striking and unique. Though done with sprites, the game almost has a Claymation look that truly sets the game out and is quite honestly the reason I wanted to play it. 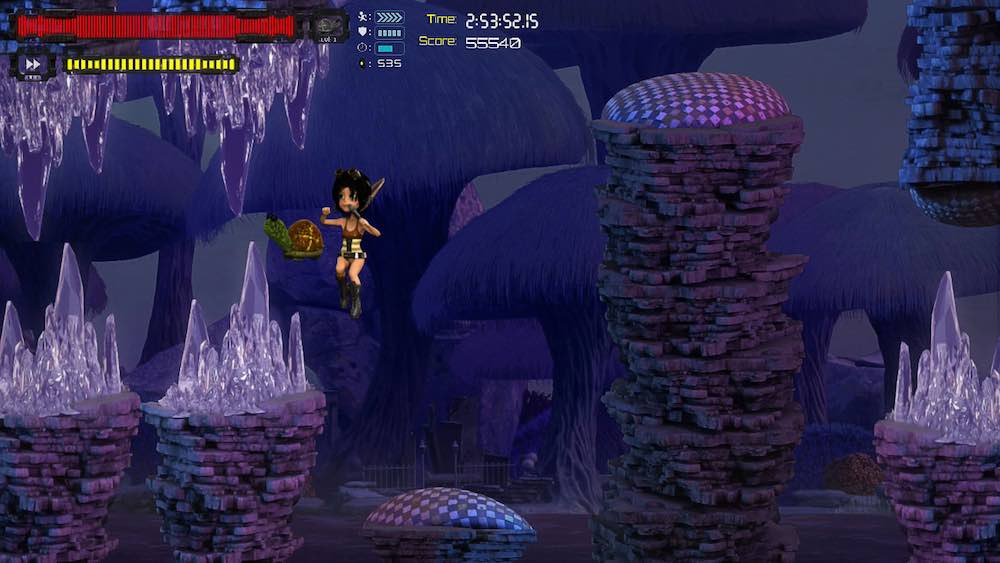 It’s unfortunate that Daydreamer features a litany of reasons that kept me from enjoying playing it. As a 2D side-scroller, the camera perspective felt zoomed in too close to character making the floaty, touchy platforming lead to many cheap deaths, as well as the tells for boss attacks undiscernible. Additionally, Daydreamer’s jumping controls aren’t tight or polished enough to make wall jumping effective in even the most innocuous situations like leaving a save zone. Adding to the frustration, many of these areas have elevator-like platforms that are easily missable which means you have to wait for the platform to travel its path before you can attempt to reach it again. It may read like a trivial complaint, but after several times it becomes an issue.

Beyond the floaty and loose jumping, the shooting is actually worse. As a shoot ‘em up, shooting controls need to be precise and intuitive. In Daydreamer, they’re anything but. You can either shoot up, straight or down with half-steps diagonally between each of the mentioned positions. The controls are touchy and often times when I was trying to shoot diagonally, the stick doesn’t have much leeway for this position and I would find myself switching from diagonal to shooting the floor within one “trigger pull” (holding the shooting button, not necessarily  one of the triggers but more on that later). Also, the levels feature many angled walkways making targeting enemies with standard weapons less than ideal. This wouldn’t be an issue but each weapon has a limited amount of usage due to an energy meter that depletes through use and can only be filled with either pickups from fallen enemies or through a slow cooldown. Making matters even worse is that you can only carry four weapons at a time which are swapped out by holding triangle on specific pickups.

Compounding this is that you won’t know which weapon you’re picking up until you’ve done so and it replaces the currently equipped weapon. If you’re not satisfied with the weapon you’ve just picked up you have to pick up the dropped weapon again. Or if you accidentally replace your preferred weapon you have to pick it up again, cycle through to the weapon you want to replace and repeat the process. I can’t overstate how unintuitive this is in practice and worse when you consider that you often can test the effectiveness of any particular weapon in the moment because you’ve already killed every enemy on screen. Instead you have to progress to the next section of enemies before you can truly use the weapon. At that point you either have to back track to where you left your previous weapon to switch out (provided you can reach it) or progress to the next weapon and hope for the best.

Daydreamer also features melee combat that isn’t very effective and often leaves you open to get hit while using it. On higher difficulties this can chip away large chunks of health making melee not worth the risk. 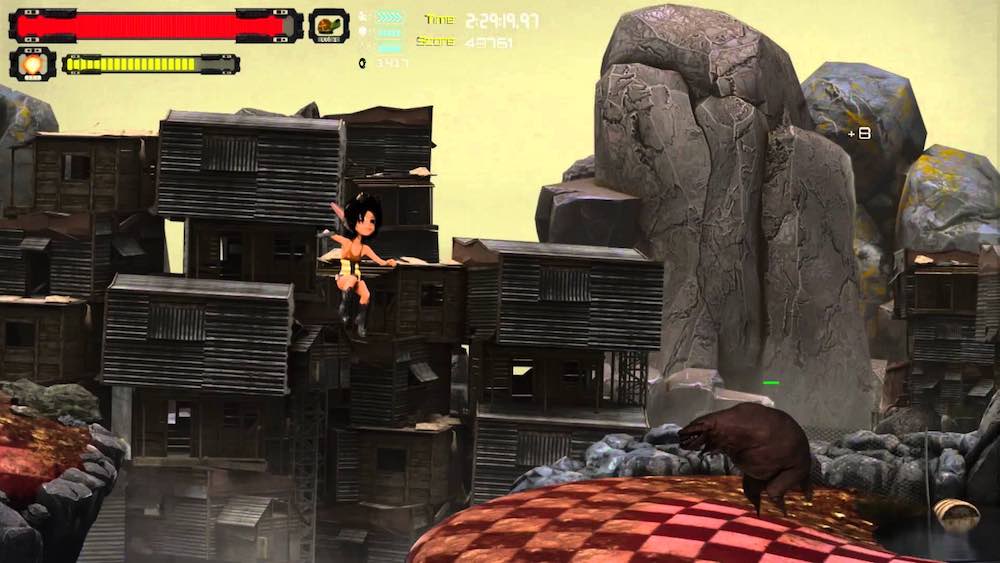 Checkpoints are few and far between, which normally isn’t a problem for me as someone who enjoys the Dark Souls games, but rather it’s the placement. Many times the checkpoints will be so far back that you have to fight mini-bosses again and again. Even worse is being put back into a safe zone which requires using the aforementioned elevator platforms to get back into the fight. Again, while I acknowledge that this might seem like picking nits, I assure you that in an action game, you want to be getting back into the fray as quickly as possible and this stymies that adding to the frustration.

It’s not all bad, though. Daydreamer: Awakened Edition allows you to fully customise the button layout which was really helpful allowing for me to change the jump button to the “X” button and shooting to the “Square” button which is far more intuitive to me than the default setup. One of the true innovations is the ability to warp across the screen which makes you invulnerable to enemy attacks as well as making getting across gaps easier, if not safer. You can also summon animal friends that offer timed buffs to damage and health and exist on cooldown timer. Lastly, the game also features an inventory system that allows access to healing items, minor health and damage buffs, a resurrection item that revives you in battle with a little bit of health to get in a final rally.

Ultimately, these pluses are minor and did little to make my experience better or Daydreamer worth playing. As a gamer of over 30 years, I truly understand the impulse to bring back old-school mechanics and had they been executed well, Daydreamer: Awakened Edition would be an easy game to recommend. However, this isn’t the case and I find it to be one of the worst games I’ve played this year. There are far better options available to you, seek those out instead.