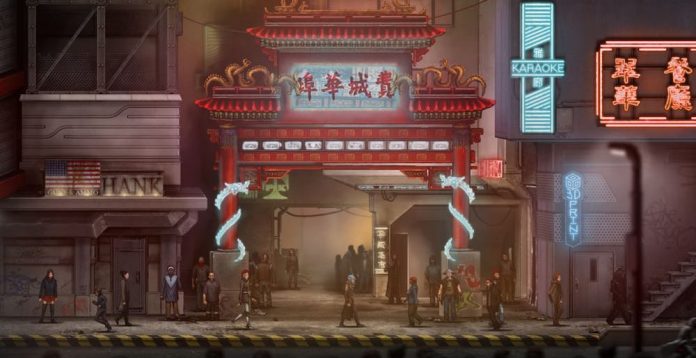 Originally released on Steam and now on PS4, Dex exists in a genre-typical yet nevertheless exciting world.

Its populace is unabashedly profane, violent and dirty and they command the game’s strong script. But niggling away underneath the neon lights of Harbour Prime are some serious issues of underdevelopment that threaten to define the experience.

So you’ve seen at least one version of The Girl with the Dragon Tattoo? Essentially, the protagonist, Dex, is Lisbeth Salander but with electric blue hair. Her story begins in Harbour Prime and she’s already on the run from the employees of a mysterious entity named The Complex. Dex, like us, does not know why they’re after her.

But it becomes apparent quickly that Dex is not like the other people in Harbour Prime. Dex possesses augmented reality abilities that she uses to outwit the people after her. She manages to escape through a sewer system and reaches a hacker group led by the shadowy Raycast. After joining the group, Dex becomes involved in a much bigger battle. A battle that pits individual social freedom against corporate authoritarianism.

I’ve never really “got” Steampunk as a style or concept – be it video game or sartorial. So, that’s why Dex makes a surprisingly decent impression. It creates a world that its characters inhabit without being defined exclusively by the style that its influenced by.

Harbour Prime is a Blade Runner-esque city complete with impoverished slums, a salacious nightclub district, a depressed Chinatown and a sci-fi-industrial complex of offices. There are clear political leanings in the structure of Harbour Prime. Brightly-lit and corporate offices exist beside industrial wastelands and slums with illicit drug and weapon stores. The city’s population either rushes away from work or huddles around a tin-can fire for warmth. It embodies the environment with a totalitarian harshness that gives the player the urgency to complete the story and hope for redemption for Dex, away from Harbour Prime’s grasp. 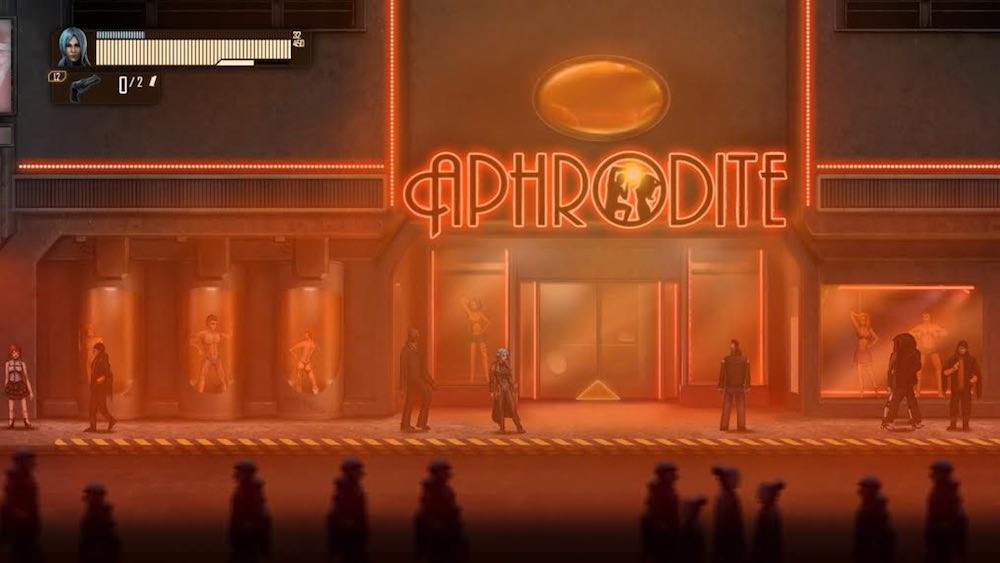 To refer to the story of Dex is to also comment on the taut yet playful script that the game displays. The script delivers dark humour well at times, its dialogue is mostly always interesting and its commanded by memorable characters. The voice acting is of decent quality with a large amount of talent thrust into the characters.

There is clearly a lot of effort by the development team suffused into the game’s story and it pays off when making way through its varied side-quests. The variety on offer with additional quests coupled with the different outcomes that each quest has is strong. Dialogue options and gameplay choices affect the narrative arc of mosts quests and each player will gain or lose differently from them.

The RPG elements of the gameplay are well implemented and balanced. Although the grind to establish enough experience is not the most exciting, when you do have enough XP to level up the rewards are entertaining and are worked into the gameplay well.

Although Dex possess a politically intriguing main quest and a somewhat solid gameplay base, it is frequently hampered by frustratingly broken gameplay mechanics and technical glitches. The frame-rate often stutters to a halt at pivotal times allowing enemies to attack or ruining well-judged jumps between platforms. Dex will also often freeze when unholstering a weapon, with movement non-responsive and the game will have to be loaded again.

A fairly large section of gameplay involves hacking/augmented reality sections, where the game transforms into a twin-stick shooter and the objective is to hack information and CCTV cameras while fighting off different types of virus. These sections are overly-long, difficult and ruin the flow of the game’s RPG and retro beat-em-up framework.

They offer no decent alternative mechanics and only serve as an obstacle to completing certain quests. Essentially, a really, really, bad version of Space Invaders that breaks up the game in the worst way. 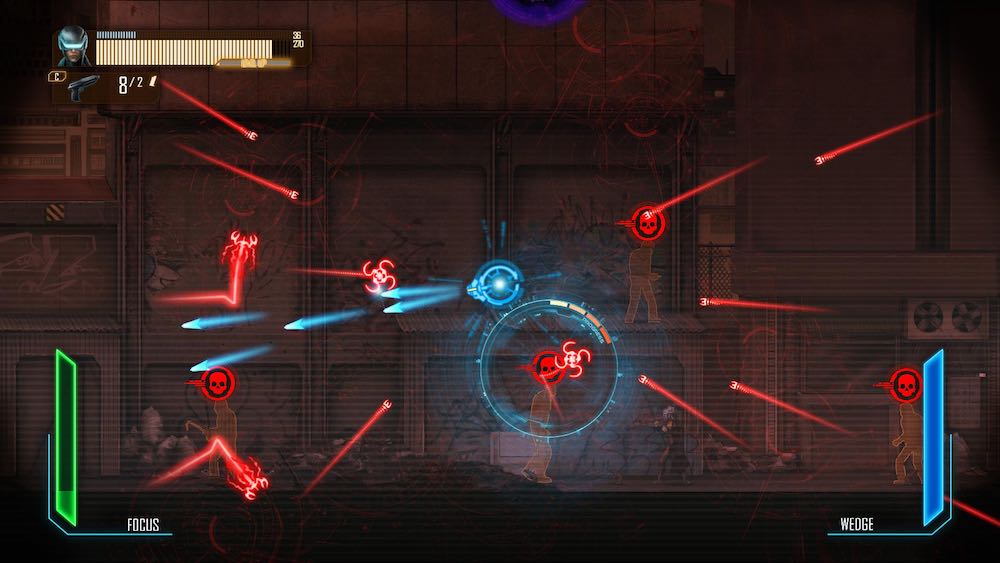 Moreover, the control system is awful. Movement, particularly jumping, is often clunky and transferring between upper and lower platforms of certain areas is difficult. The shooting mechanics are over complicated and fiddly and hit detection within hand-to-hand combat is no better.

Another frustration that impedes enjoyment of Dex is the save system. The game will only save when entering or leaving a certain area of the map. Thus, if killed in combat the player will lose all their progress in that area.

If you’re revisiting it on console or playing for the first time, Dex certainly have something to offer. It has a satisfactory – albeit derivative – story with a fairly strong script and it is mature in its approach. However, the static gameplay, technical issues and unbalanced experience frequently overshadow the attraction of the game.

Dex is available on PS4, Xbox One and PC. We reviewed the PS4 version.