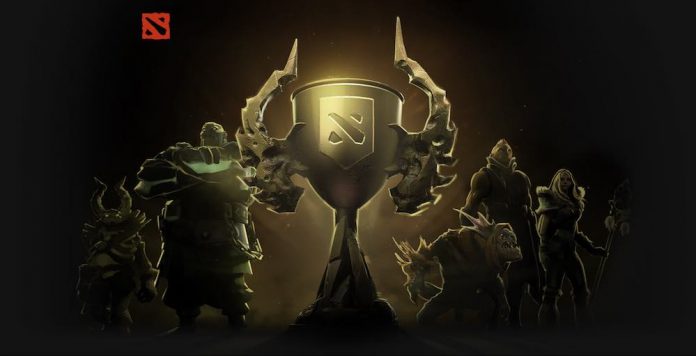 To all Dota 2 players. Have you always longed to take part in a proper competitive tournament, but you’re not quite good enough to actually go pro? Well, if you have, Valve’s latest update has you covered. Introducing, the Dota 2 Battle Cup.

Launched today, the Battle Cup is a weekend tournament that players of every skill level can take part in. There will be a tournament every Saturday from now until the International 2016 compendium expires on August 31st.

Parties of 5 will have a chance to compete in a bracket structure which, before today, has never been possible in casual Dota. You will have to organise either joining or putting together your own team, made up of either friends or random internet people who you can meet through the newly added skill tier chat. The chat system assigns every player a tier based on their skill. You can then organise a team with players of a similar skill level in the chat.

Winning the tournament will bag you 15 battle levels per player for your battle pass and a digital battle cup trophy that displays how many you’ve won. These rewards are permanent. You will also get a plethora of week long rewards you can show off in game. These include: Champion Status – this basically shows everyone who clicks on your profile that you won a cup; Streak Counter – so if you win multiple tournaments in a row everyone knows; Champion Emotes – these are exclusive emotes that can be used in the in game chat; and a Battle Cup Champion Effigy – this will automatically change the effigy in your base to a cup, which again shows everyone that you play with that you’ve won a cup. It’s all very vulgar, but I think that’s great.

The first one has been and gone. But if you want to take part next week get online, find a team, and start practising!